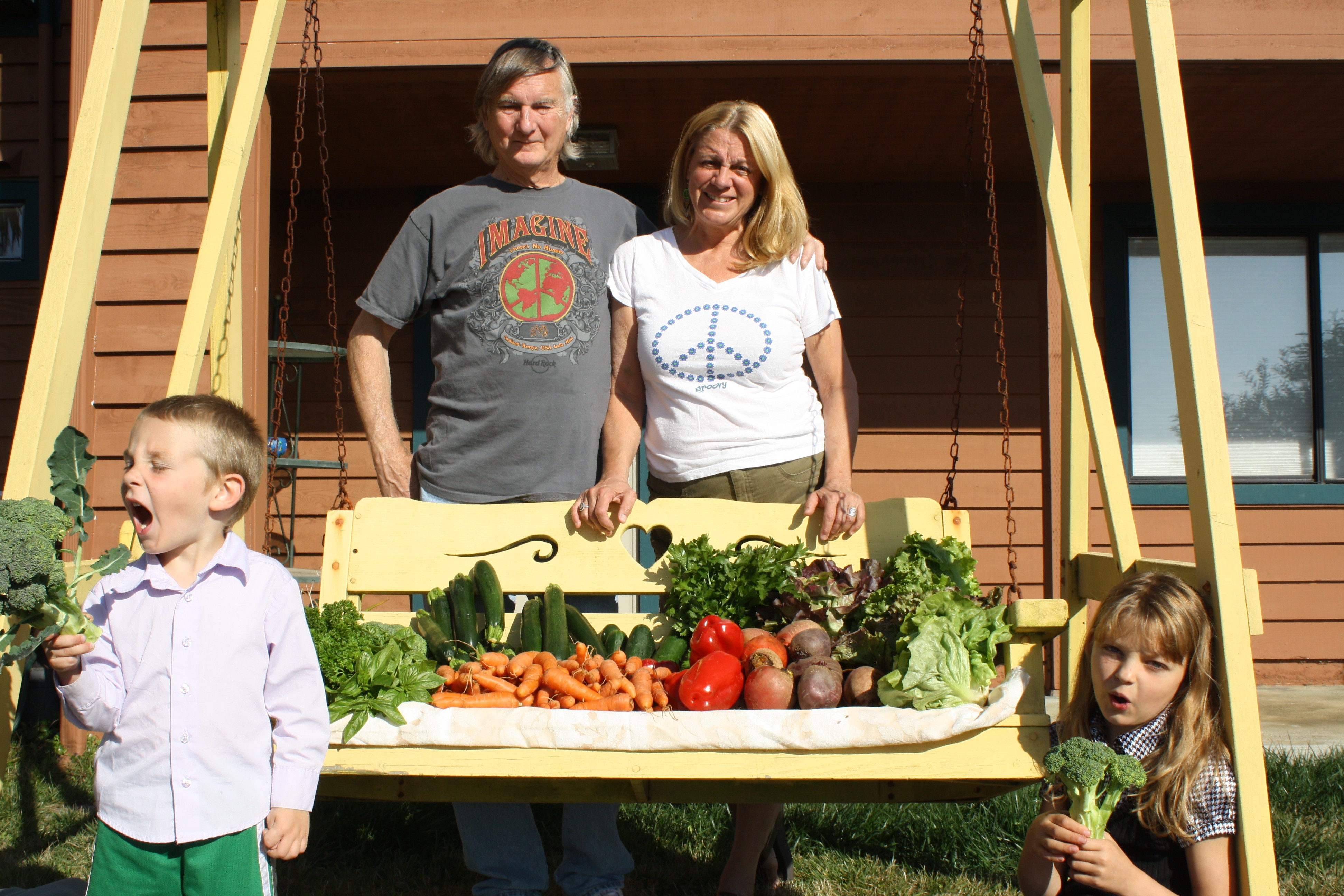 You might have seen the line of townsfolk eagerly clustered around a new booth in the mushrooming food court at the center of the Saturday Farmers' Market at Arcata Plaza. What is the hub-bub you may have wondered, craning your neck to see over the last person in line. A waffle iron? Ice cream cones? What's up?

Not even close. It's a savory cone (imagine that) made with local flour from Shakefork Community Farm, filled with the creamiest mashed potatoes this side of your grandmother's Thanksgiving table, topped with gravy and bite-sized pieces of Humboldt grass-fed beef brisket, or veggie gravy and other fixings. Yes. It is as delicious as it sounds. A compostable spoon and the smallest of paper cones for carrying, and you have a near perfect fair food.

Whose idea was this, anyway? Sherry and Chuck Vanderpool, recent transplants from New Jersey, who have been busting butt to make things happen while most of us bitch about how hard it is to make any dough here in the Redwood Empire. And they do it with a smile. Serving up cones, along with BBQ brisket sandwiches, they don't get flustered, but calmly work in tandem, one of those successful marriages where partners truly help each other get done what has to get done.

This is their second venture here in Humboldt. Their primary business, Humboldt Homemade Meals, out of Trinidad, has been chugging along for a little over a year. Imagine having lovely people deliver a lovely meal, right to your own lovely doorstep, on the loveliest of evenings for regular working folk, Friday -- ah. A homemade dinner ready to pop into the oven, as soon as you've taken a moment to get off your feet and sip a glass of lovely wine.

Receiving their last delivery and sitting around my kitchen table talking with the Vanderpools, and friends I'd invited to dinner, seemed the best way to learn about Humboldt Homemade Meals. "We're the talk of the town," at least in Trinidad, laughed Chuck. Sherry nodded in agreement. Their loyal customer base is growing slowly but steadily as people get used to the idea of spending the same money on home delivery that they might dining out.

The meals are delivered in Pyrex cookware (the customer pays a refundable deposit). Humboldt Homemade drops off the fully cooked meals with ice packs in a zippered carrying bag. You don't even have to be home. And don't kid yourself; many families' lives are jam-packed here in the Tall Trees so having a meal waiting helps.

We sampled dinners from their "Fresh Supper Club," which delivers to Arcata and McKinleyville on Thursdays and to Trinidad on Fridays. Customers order early in the week, selecting from two entrees: meat, and a fish or vegetarian dish. The menu changes regularly to reflect local seasonal produce. We sampled Salisbury steak made with Humboldt grass-fed beef with gravy, rosemary mashed potatoes and roasted vegetables, and seafood jambalaya, a Cajun-style combo of halibut, shrimp and scallops over rice. Other seasonal menu options include crab cakes, steelhead trout croquettes, scalloped potatoes with ham, veggie lasagna and the option of ordering soups, breads and dessert.

The food was good. Their daughter-in-law Amy's sweet potato biscuits melted in our mouths, the jambalaya had plenty of seafood morsels, and any day I eat rosemary mashed potatoes is a good day. The portions were a decent size: I had leftovers with my family the next evening. Dinner for two costs $25, $45 for four. That makes home delivery a viable option when you want to be fed, but you want to be home. Make your own salad and you're done.

The concept for Humboldt Homemade Meals comes from 16 years experience running a similar business in New Jersey. Vacuum-sealed frozen meals sent to all five boroughs of New York via the U.S. mail were the mainstay of that venture, and the Muscular Dystrophy Association was their biggest client. A week's worth, seven dinners, were delivered right to apartments of people who had trouble getting out and about or to the supermarket regularly. Talk about right livelihood -- and that's where the loveliness kicks in.

These are conscientious people who left the East for one reason: "We missed the kids too much," said Sherry. After her first visit to Trinidad to see her son, daughter-in-law and grandchildren she went back to New Jersey and announced, "We're moving to California." Her friends said, "You won't go," but she was determined. "We can walk over to our kids' house," Sherry happily states, like there is nothing more important in the world.

The Vanderpools are members of two CSA's, Shakefork and DeepSeeded Community Farms, along with shopping at the Farmers' Market. They have embraced the sustainable values that many of our neighbors endeavor to live by. "When the kids first told me about their CSA, I scoped it out," said Sherry. "We really believe in it. It makes sense, to keep your money in the community."

Sherry and Chuck are all over the place. Since the day they brought dinner to my home, their market booth has been in full swing and -- this is over the top -- they have taken over Catch Café next to Murphy's in Trinidad. When do these people sleep? They've been overseeing a renovation and the addition of sorely needed dining space, making the establishment inviting, rather than just a parking lot joint. Up here in the boonies, the imminent opening of The Lighthouse is good news for townies, tourists and day visitors from around the county.

They may be new to the North Coast, but Sherry and Chuck are fully involved in contributing to the development of a sustainable culture. "We will strive to support our town, whether it is in using local produce and Humboldt grass-fed beef or supporting fundraisers for the school and museum. It's all about the food and the community of people who enjoy it."

I so want to give these people my money. I want them to feed me.

And more thing: There will soon be homemade ice cream, too! How cool is that?

For details on Humboldt Homemade Meals home delivery go to their website at www.humboldthomemademeals.com.