Business bustle where the horses have the right of way 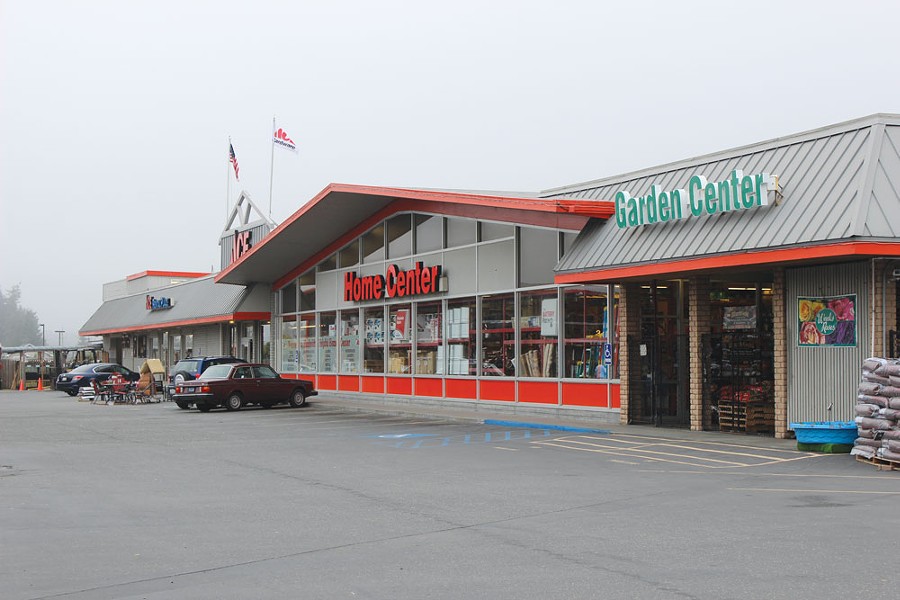 Courtesy of Kevin Jenkins An artist's rendering of the McKinleyville Home and Garden Center's new store.

It's a cloudless June day and Eureka Natural Foods owner Rick Littlefield is standing on Central Avenue in McKinleyville as the Pony Express Days parade kicks into high gear. He takes in the sights, watching as floats sponsored by local businesses cruise by, children dance and horses strut. Littlefield has been looking to get into the McKinleyville market for at least a decade, feeling the county's fastest growing community is an ideal fit for his brand of grocery store, one that places a premium on fresh, natural ingredients and products. But this is Littlefield's first true reconnaissance mission to the town, spurred by the fact that his plans to purchase a building in town are coming to fruition.

About a month later, Littlefield and his son, Eureka Natural Foods Vice President Steve Pitzer, sat down with the Journal in the conference room of their Eureka store, ready to officially announce plans to open a McKinleyville store in the property currently occupied by McKinleyville Home and Garden Center. The plans are just one strand in a tapestry of projects that will reshape McKinleyville in the coming years, with a bustle of construction projects, a host of new jobs and, ultimately, a revamped business district featuring a Eureka Natural Foods, a brand new hardware store, a sporting goods store and a kitchen supply shop. Coupled with the new federal courthouse under construction near the airport and Big Lagoon Rancheria's plans to build tribal offices across from the movie theater, an economic boost is on the horizon for McKinleyville. Pony Express Days may have a few new float entries in the not-too-distant future.

Kevin Jenkins, who owns McKinleyville Home and Garden Center, an Ace hardware franchise, says the domino that started the chain was his out-of-town landlord's decision to sell the building, which sits at the corner of Pickett Road and Central Avenue, and has housed Jenkins' store for almost 20 years. Built as a grocery store in 1965, the expansive building used to be home to Safeway, before the grocery giant built a new store across the way. Jenkins said he was initially distraught to hear the building was being sold, but quickly came to view it as an opportunity to pursue newer and brighter digs. For Littlefield, news the building was hitting the market was like a dream. It's not that the building is perfect — far from it, as Eureka Natural Foods plans to gut it and rebuild the interior from scratch — it's that he feels the growing community has a natural foods void.

"McKinleyville is growing and it doesn't have a full-service natural foods store," Littlefield explains, adding that the town's demographics are a perfect fit: a growing population of folks with college educations and solid incomes moving into new homes.

Pitzer, who's tasked with developing the new store — name still to be determined — says it will largely follow the path blazed by the company's new Eureka store, offering GMO-free, natural, organic products and top-of-the-line meats and fish at reasonable prices. The store will also likely have a salad and sandwich bar, as well as (beer drinkers rejoice) a growler bar, he says. "Give them what they want and they'll come, so we'll listen to the community up there as well," Pitzer says. "I'm enthusiastic. If we could open up there tomorrow, we would."

Jenkins, meanwhile, plans to erect a brand new building to house his store, which he says is outgrowing its current confines anyway. He's purchased a property farther north on Central Avenue, across from the 76 gas station, and another at the intersection of Central and Murray Road. The plan, he says, is to put the hardware store across from the gas station and, later, to split off a sporting goods store, Black Dog Outfitters, and open a kitchen supply store at the other location. Currently, the home and garden center has kitchen and sporting goods sections, but both are cramped, with little room to expand.

"This is going to be better when all's said and done," he says. "We're going to have a bright, new, shiny store. It's going to be a purpose-built hardware store." The result, Jenkins continues, will be more inventory and a better flow.

Humboldt County 5th District Supervisor Ryan Sundberg did not return a call seeking comment for this story but Heather Vina, executive director of the McKinleyville Chamber of Commerce, said there's a lot to be excited about in town right now. She pointed to CVS Pharmacy's plans to move into the old Figueiredo's building and the steady decline in vacancies in the Safeway shopping center as examples. But she says Eureka Natural Foods' pending arrival is big news.

"I'm excited about that," she says, "and my husband will be thrilled. It will definitely give community members another option, which will be nice."

But the excitement will have to remain tempered, for now. Jenkins currently has a lease for the current building that runs through June 2015. When that lease is up, he's hopeful the new store will be completed and the move will be seamless. (Plans for the kitchen supply and sporting goods stores will wait until after the hardware store opens.) But even after McKinleyville Home and Garden Center is out of its current building, Eureka Natural Foods will have to completely renovate the building — installing refrigeration systems and other grocery store necessities — a process optimistically estimated to take six months. Best case scenario, Pitzer and Littlefield say, is a grand-opening in December 2015.

In the meantime, as excitement spreads about Eureka Natural Foods, Jenkins wants the community to know he isn't going far. "My family has five generations in Humboldt and I've lived in this community since 1996," he says. "I'm committed to McKinleyville. We're here to stay."