Who Loved that Grow Tax the Least?

Oh, maps. By now, after a year of being inundated by the red state/blue state visuals, you may have reached your map-intake limit. We get it. But, by golly, this past week the Humboldt County Elections Office released the final precinct-by-precinct voting results, meaning how you voted is just slightly less secret now.

What this means is that you, John Q. Citizen, can now dive into the numbers to find out, for example, which local precincts were the most pro-Obama (HSU campus’ precinct went 82 percent to 5 percent for the incumbent), the most pro-Romney (a precinct that contains Fernbridge and the outskirts of Fortuna voted 64 percent to 31 percent for the Republican candidate), as well as results for the various propositions, city council races, etc. It’s an exercise in confirming suspicions. But if you want it, the numbers are up on the county’s website, and Hank Sims has been making his own pretty maps over at the Lost Coast Outpost.

Some numbers in particular the Journal was interested in crunching: How did Arcata’s various enclaves vote on Measure I, the tax on excessively high residential electricity users, AKA indoor growers. Might a look at the voting point us to the areas that felt they, um, had the most to lose?

The numbers aren’t super dramatic; the measure passed in every precinct. The voters most in favor of Measure I tended to live in Arcata’s more affluent neighborhoods: Bayside, Sunny Brae and Fickle Hill led the charge for taxation. Interestingly, the precinct that encapsulates Humboldt State University -- where voters checked boxes in the HSU Jolly Giant Commons -- was far and away the most opposed to the measure. What makes the youth more sympathetic to the indoor grow scene? Speculate away! 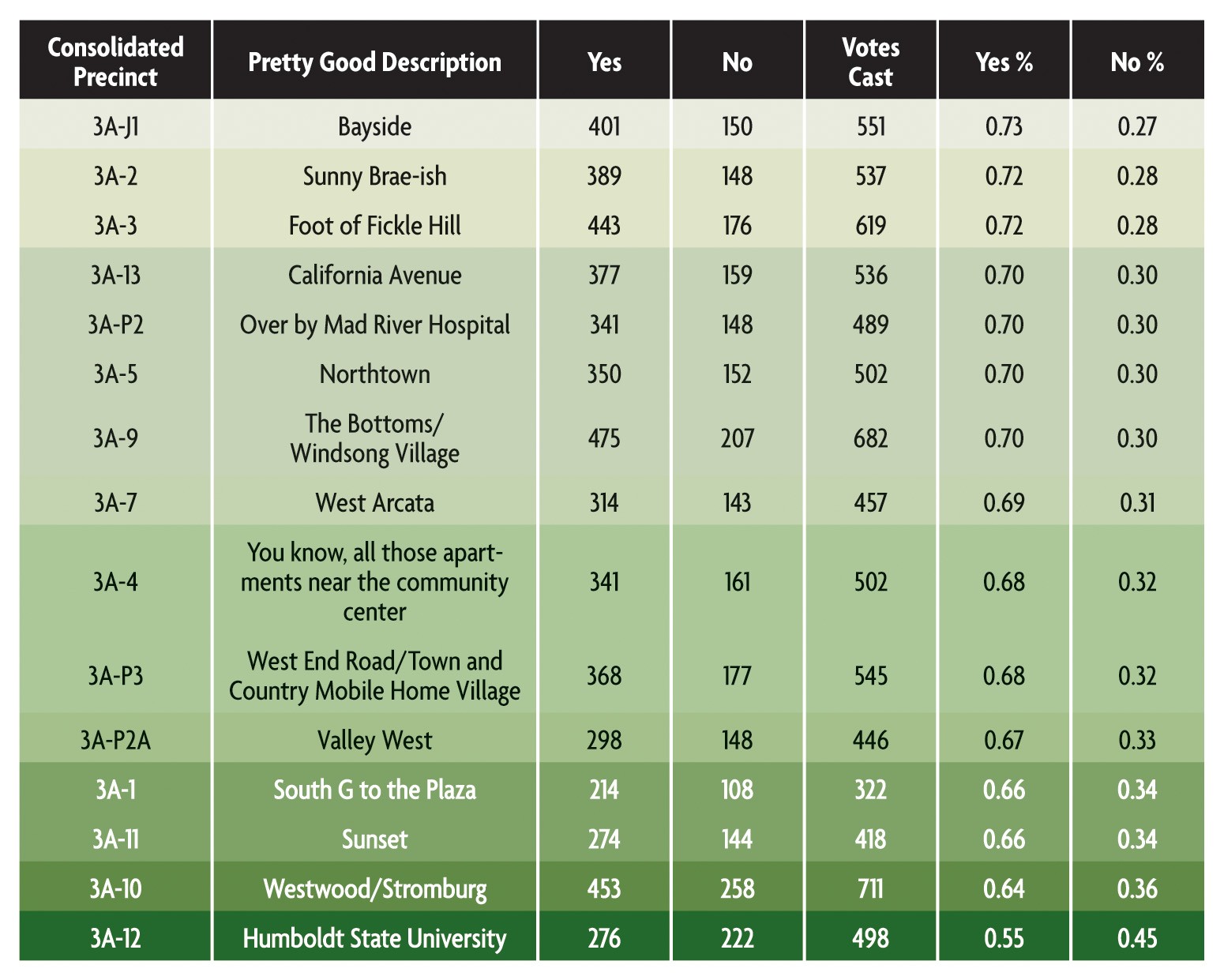