By Holly Golightly and The Brokeoffs - Transdreamer 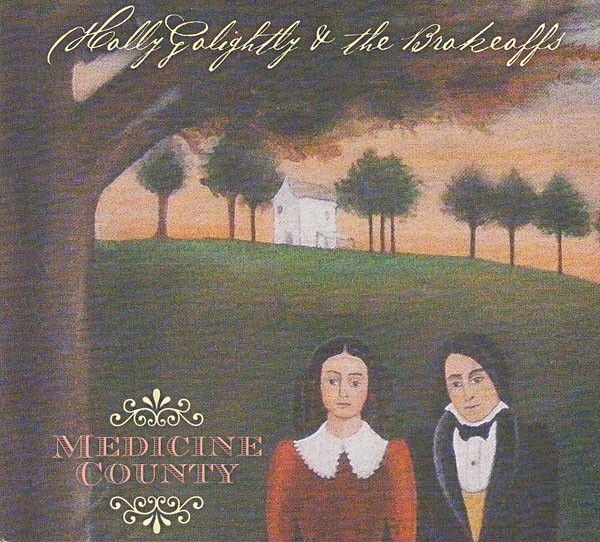 British singer/songwriter Holly Golightly is a miner of songs. Often an admirer of lost, obscure melodies, she likes to leave the dirt and dust on instead of polishing them off. Welcome to Medicine County, Golightly's mythical, gothic landscape, located somewhere in the U.S. South. This is Golightly's third record with "The Brokeoffs," which is essentially her musical cohort "Lawyer Dave" Drake. Golightly's career spans 20 some-odd years, starting with her all-female band, The Headcoatees, who were under the tutelage of British garage legend, Billy Childish. Over this time span Golightly has consistently exhibited that she has learned to mine well, tweaking the songs in her own eccentric manner, defining a personal sound that cleverly blends the bitter with the sweet.

The exotica ’60s sway of the opening cut, "Forget It," exhibits that Golightly hasn't abandoned her garage roots with a sound reminiscent of her earlier work, namely the excellent 2003 Truly She is None Other. In fact, it seems that she and Lawyer Dave have packed the garage with even more stuff.

The heavy swamp guitar sound of the hilarious "Two Left Feet" and the overlooked revenge gem "Murder on My Mind," written by British pop punkster Wreckless Eric, reminds listeners what bands like The Black Keys left behind: the rawness and the sense of fun. Of course, this dirt road that the musical duo has taken has been traveled frequently by the likes of The Flat Duo Jets, Southern Culture on the Skids, The Knitters and Jack White (Golightly appeared as a guest vocalist on The White Stripes' Elephant). However, the duo doesn't come off as a pair of "song catchers," simply appropriating and replicating. Rather, they appear to be comfortable as welcomed distant relatives, with plenty of drink in hand.

Lawyer Dave's sharp slide work in the hopped-up blues of "When He Comes" showcases his numerous, often subtle, musical and instrumental contributions. The raucous duet "Eyes at the Back of My Head" and the eerie, drugged aura of "Dearly Departed" (think of Hank Snow's weird "The Rubber Room") are inspired by the fringes of country and blues.

Medicine County isn't groundbreaking work, but Holly Golightly and The Brokeoffs know how to throw down a great hootenanny on a humid Southern evening, complete with quarts of booze, barbecue, various musical instruments and lightning bugs. You know, that doesn't sound like a bad way to spend the summer.