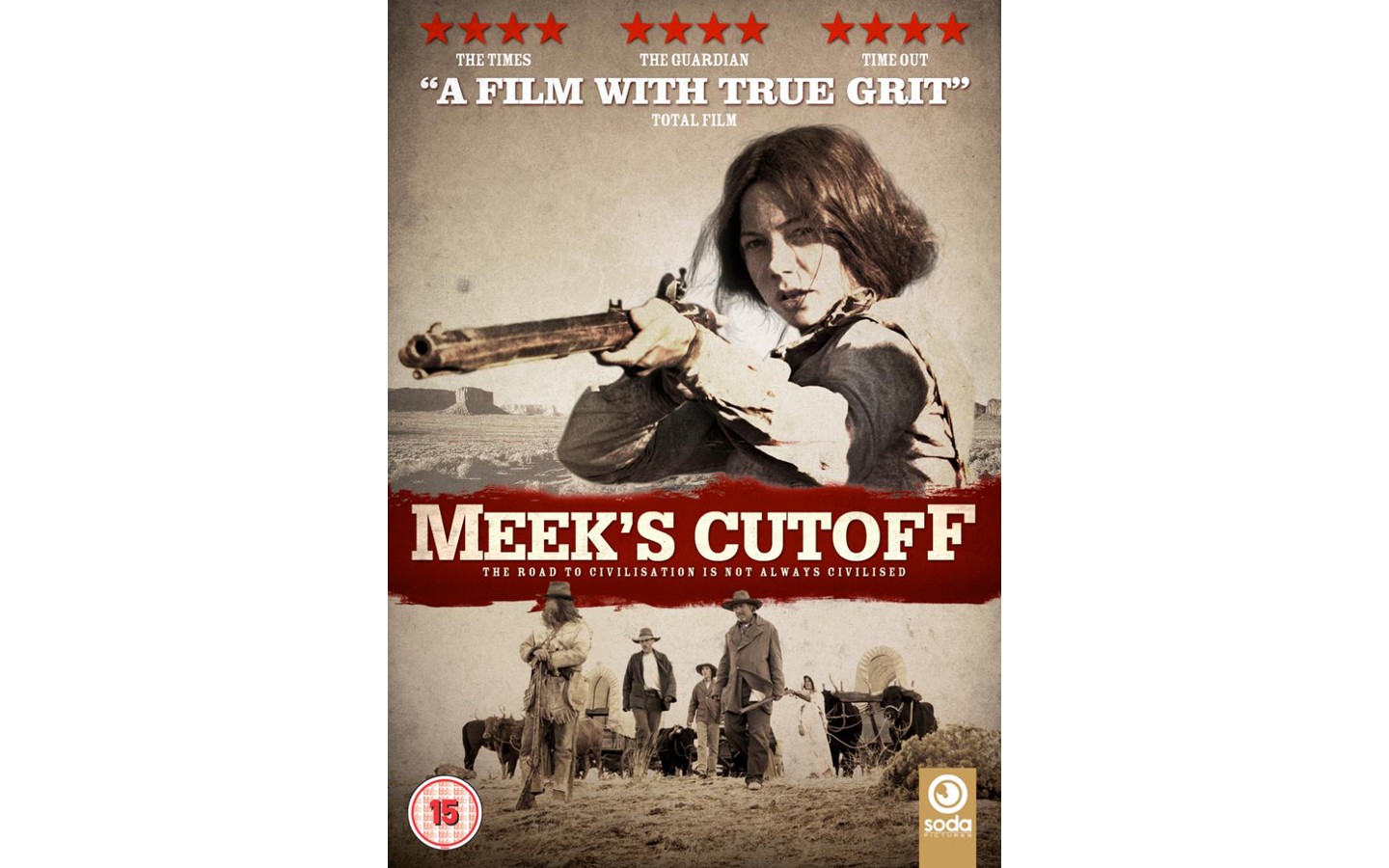 The hand-drawn map of southern Oregon that opens the new Kelly Reichardt film is subtly foreboding and apt. Reichardt, best known for smaller independent films set in the Northwest, such as Wendy and Lucy and Old Joy, has stepped up production values with her exceptional period work, Meek's Cutoff. The film, availalbe on DVD, focuses on the lives of a small group of settlers who are struggling to find their destination -- wherever that may be.

Set in 1845, Meek's Cutoff carves its own visual path, steering away from becoming overly consumed with the stunning landscape (the characters often ignore or endure their natural surroundings). Jon Raymond's script is free from stock characterizations. Inspired by a true story of a scout named Stephen Meek who led his caravan aimlessly in Oregon, the storyline focuses on a small group of exhausted settlers who arrive at a monumental crossroads.

Meek's Cutoff falls in the territory of the reconstructed Western, such as The Claim or the Australian film The Proposition. Reichardt portrays these settlers, in their daily Puritan rituals and routines, with a sense of realism that parallels the work of French filmmaker Claire Denis (her most recent release was the excellent White Material). There are documentary-style aspects, especially in what the camera chooses to focus on. Working with cinematographer Christopher Blauvelt, Reichardt shoots the film mostly from the female characters' point-of-view. Distanced shots of the men's discussions contrast with clearer dialogue of the women's ruminations. At one point, Mrs. Tetherow, played brilliantly by Michelle Williams, asks her husband (an understated performance by longtime Reichardt alumnus Will Patton) whether Meek is "simply ignorant, or is he evil?" And when the settlers capture a lone American Indian, they must make a significant decision.

Williams (who starred in Wendy and Lucy, and most recently in Blue Valentine) leads a superb cast, including a gruff, arrogant, story-churning Bruce Greenwood (who portrays Meek). For the most part, the actors have minimal dialogue to work with. Instead, they must show their emotions through body language. Williams' Mrs. Tetherow executes her character with a determined will, peering starkly from beneath her long-brimmed bonnet. The Tetherow couple represents rationality; they also have their own motive in capturing "the Indian" (unsentimentally portrayed by Ron Rondeaux). The question of who to trust to guide them looms large -- will it be an unreliable Meek or their new prisoner, "the Indian," who is "unknown" to the settlers in all regards? At a time of great desperation, the settlers are faced with rethinking their belief system in order to survive. Meek's Cutoff becomes a powerful metaphor and an insightful reflection of our "civilized" nation, society and culture.