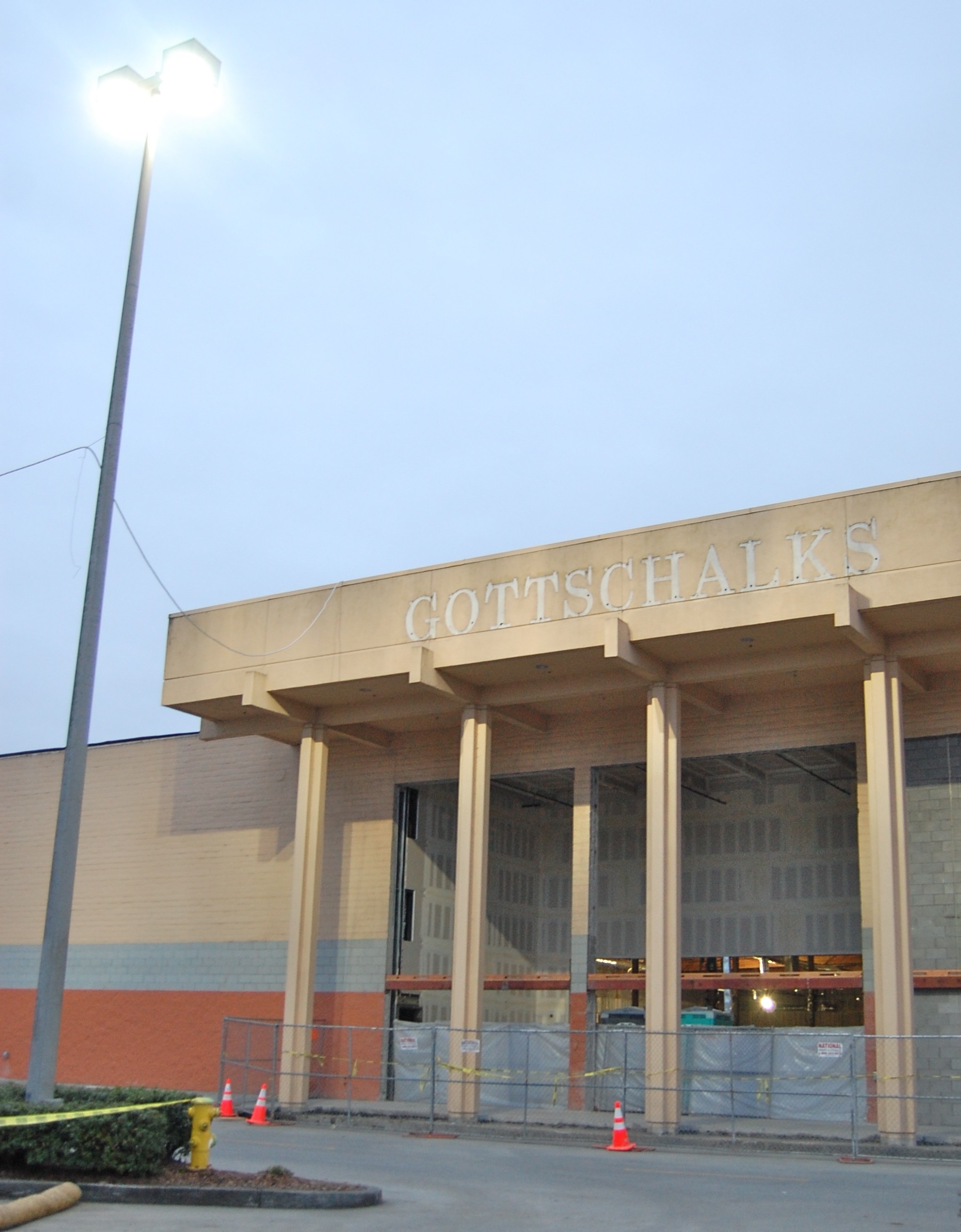 The Robert Greenwald-directed documentary Wal-Mart: The High Cost of Low Price concludes with a segment highlighting communities that have banded together to prevent the megacorp from setting up shop. Intended to inspire other towns that may be staring down the barrel of the world's largest retailer, the gospel music-infused montage features pictures of sign-carrying, anti-Wal-Mart protesters while names of 50 or so communities that have collectively said "no" flash across the screen. One community that declared "victory": Eureka, California.

Go, us! As we all know, in 1999 Eureka residents voted to keep a proposed Wal-Mart off the Balloon Track. So, we were a natural fit for the "victory" list in Greenwald's documentary, released in late 2005.

But then, again as we all know, someone fired the gospel choir. Wal-Mart -- or as it was long mysteriously listed in official City of Eureka building plans, "TENANT" -- craftily sneaked its way into the old Gottschalk's wing of the Bayshore Mall and will tentatively begin seducing Humboldtians with low prices this summer.

Public opinion about the Wal-Mart invasion has been more mixed this time around. Impassioned comments across the local blogosphere have fallen on two sides: those excited by the prospect of jobs, jobs, jobs and those who, like, pay attention to Wal-Mart's extensive, well-documented track record of (deep breath) aggressively driving out small businesses, providing low wages and meager benefits to employees, importing sweat shop-produced products from China, discriminating against women and minori...

Say, you wanna just watch that documentary we mentioned above? 'Cuz there's gonna be a screening of Wal-Mart: The High Cost of Low Price on Sunday, April 14, at 4 p.m. at the Ink Annex, 47B 3rd St, Eureka. If you miss that one, you can catch it again on Friday, April 27, at 6:30 p.m. in HSU's Founders Hall Rm. 118. (Or, technically, you can watch it online. But it's good to meet people in your community.)

For more info, email humboldtvswalmart@gmail.com or check out the People of Humboldt County Against Wal-Mart Expansion in Eureka group on Facebook. Or google around.