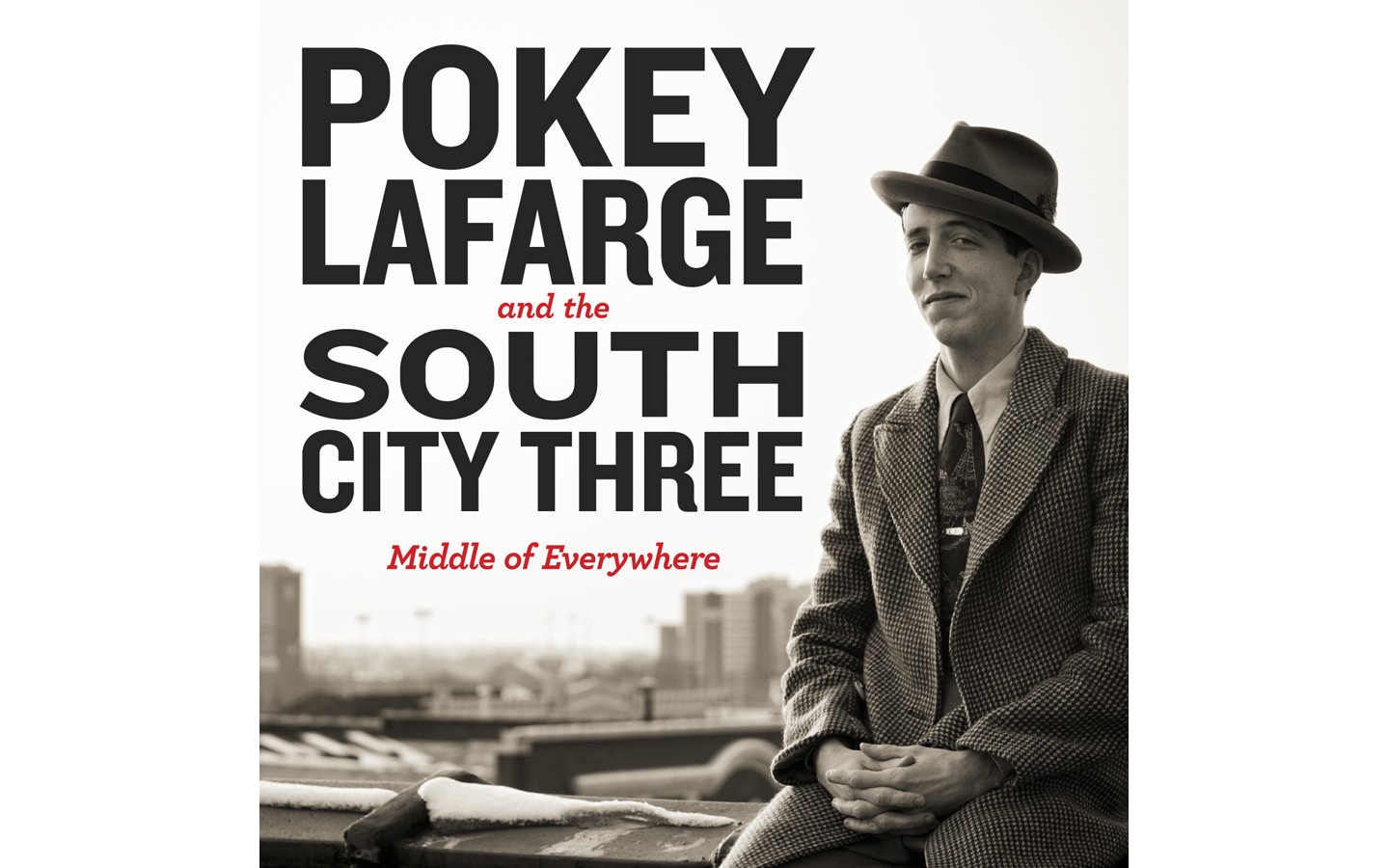 Pokey LaFarge and The South City Three are a prime example of a talented, hardworking band that put in their time and are finally starting to receive their due. After touring non-stop throughout the US and UK, being declared "best new act" of last year's Newport Folk Festival by SPIN Magazine and recording a single for Jack White, their newest record The Middle of Everywhere debuted earlier this month at No. 3 on Europe's Americana radio charts. Finally out in the U.S. this week, the second album featuring Pokey and company (Adam Hoskins, Joey Glynn and Ryan Koenig) is destined to wear holes in your shoes from the toe tapping.

For anyone not already acquainted with these St. Louis natives from their yearly trips to Humboldt, their sound is a mix of ragtime, Texas swing, blues and traditional, but, warning, don't call them "old-timey." The eclectic blending of styles garnered them their own genre: "Riverboat Soul." Armed with guitar, banjo, harmonica, standup bass, washboard and Pokey's own legendary set of pipes, the four of them have worked tirelessly to both write their own original material and put their own original spin on more traditional tunes, as is seen with their choice of recording 'Chittlin' Cookin' Time in Cheatham County' for Jack White's Third Man Records.

For longtime fans, the new record includes favorites from the live shows such as "We're Drinkin' Whiskey Tonight", as well as some new surprises. The addition of horns on songs like "Feels So Good" and "Keep Your Hands Off My Gal" accentuate the ragtime feel, and the slide guitar work on "Ain't The Same" has what seems to be a slack key-meets-Mississippi Delta quality. Though every musician on this album is top notch and to be applauded, a tip of the (vintage) hat must be given to Ryan Koenig for some of the hottest harmonica playing heard today.

What sets the album apart from other Pokey recordings, solo or with his band, is the pacing. Since gathering this solid set of musicians around him and polishing the Riverboat Soul sound, LaFarge's style and even his voice have taken on a more refined and powerfully accurate quality, as opposed to earlier work both recorded and in live performance which seemed to have a loose yet explosive quality -- Pokey's voice and tenor banjo erupting onstage like a tommy gun with a hair trigger. The new record is solid start to finish, a complete package that can be played straight through without realizing more than a few minutes have passed. The Middle of Everywhere will make a believer out of you.