How a defense team's gamble crumbled the case against Kyle Zoellner, and where it goes from here 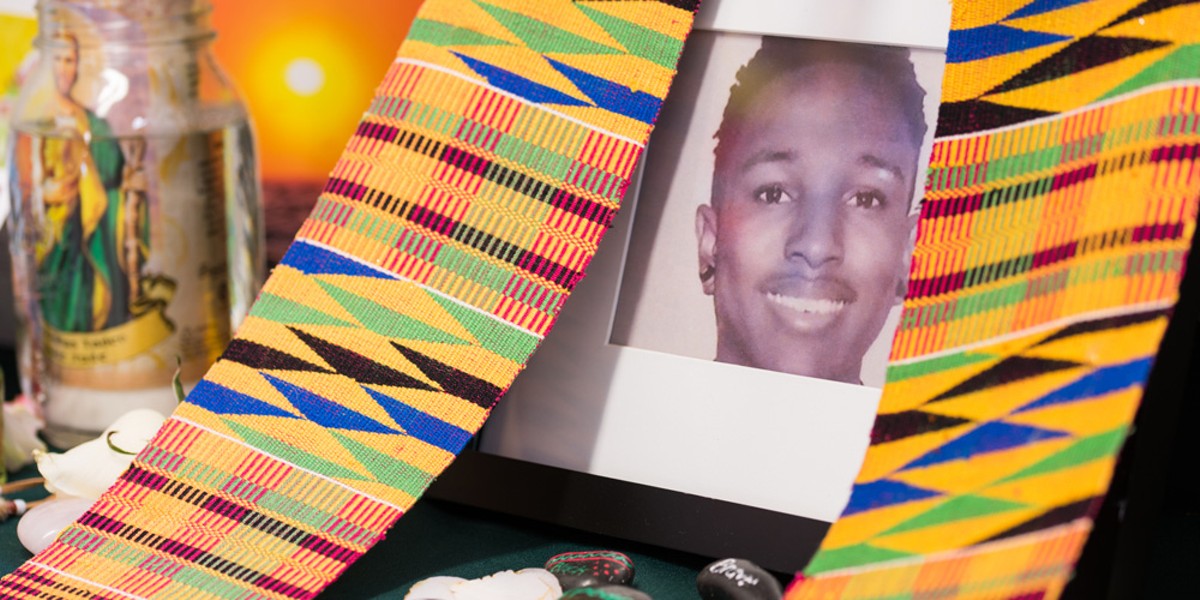 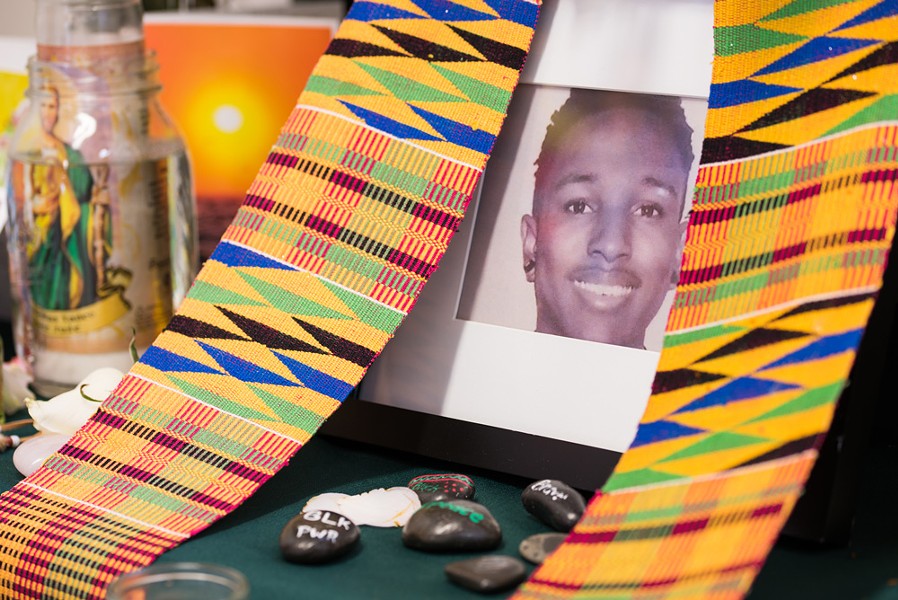 It was a bold move, and one Humboldt County deputy public defenders Luke Brownfield and Kelly Neel weren't fully committed to until the last possible minute.

It was the morning of May 1, and their client, 23-year-old Kyle Christopher Zoellner, had been in jail for 16 days since he was beaten, bloodied and arrested before dawn on April 15 in front of a home on Arcata's Spear Avenue and accused of fatally stabbing David Josiah Lawson, a 19-year-old Humboldt State University sophomore, at a house party.

Under California law, a criminal defendant has a right to go before a judge for what's called a preliminary — or a probable cause — hearing within 10 days of being arraigned in a case. It's a law designed to safeguard the rights of the accused by essentially prohibiting police and prosecutors from locking people up and sorting out the facts later. To proceed to trial under the law, prosecutors must convince a judge that they have enough evidence to cause an ordinary person to believe or strongly suspect the guilt of the accused. It's a much lower threshold than the beyond-a-reasonable-doubt standard required at trial.

The thing is, though, criminal defendants almost always waive this right to a speedy probable cause hearing (a number of local attorneys told the Journal last week that they can't recall a murder case in which a defendant has ever exercised this right). That's because the burden for holding a defendant to stand trial is so low it's seen as a virtual lock for prosecutors. With that in mind, defense attorneys generally prefer to treat preliminary hearings almost as practice trials — chances to test witnesses and probe weaknesses in a case — so they'll be better prepared when the case lands in front of a jury.

But back on that first morning in May, Neel and Brownfield were preparing to do the unconventional.

"We were talking about it all the way up until the moment before the preliminary hearing started, whether this was the right decision or not," Brownfield would say five days later, after Humboldt County Superior Court Judge Dale Reinholtsen ruled prosecutors had failed to present enough evidence to hold Zoellner to stand trial on a murder charge. "But with the state of the evidence as it was, and our kid being in custody, we decided to do it. And, I'll add that both Kelly and I believed Kyle didn't do this."

Within hours of Brownfield's comments to the Journal, his client had been released from jail and protesters were beginning to descend on the Arcata Plaza. The case has been racially charged from the beginning, as Zoellner is white and Lawson is black, and some at the party have alleged race was a motivating factor in the physical altercations that preceded the stabbing that morning.

Below, we take a brief look at the state's case against Zoellner, why it failed to get past a judge and what's next.

Reinholtsen offered a lengthy explanation of his ruling and the deficiencies in prosecutors' case, saying there wasn't a single witness that put a knife in Zoellner's hands that night, much less one who claimed to have seen the fatal stabbing. There was also no physical evidence connecting Zoellner to the 10-inch kitchen knife found at the crime scene or the killing, Reinholtsen said.

The five-day preliminary hearing saw 17 witnesses take the stand, with many offering inconsistent testimony that conflicted with that of other witnesses. The discrepancies ranged from insignificant to substantial, but were fairly constant. Depending on who was testifying, the house party that began April 14 and stretched into the early-morning hours the following day was attended by anywhere from 15 to 300 people, with the fatal confrontation occurring anywhere between 1 and 3 a.m.

Testimony was just as inconsistent when it came to what happened after Zoellner arrived at the party around 2:30 a.m. as the designated driver to pick up his girlfriend — Lila Ortega — and her three friends, who'd been partying there for hours. Ortega had lost her new cell phone and she, her friends and Zoellner approached the house to find it. As they approached, four people came out of the house — Lawson, his girlfriend Ren Bobodilla, and two brothers, Kyle and Kristoff Castillo — and Zoellner asked them, politely by all accounts, if any of them had seen Ortega's phone.

The consistencies in testimony end there. According to Ortega, the group took offense and one of the men punched her in the face. According to the Castillo brothers, Ortega accused them of stealing the phone at which point she and Bobodilla wound up entangled in a fight. According to Bobodilla, Ortega attacked her by biting her breast. Depending on who was testifying, this first altercation either left Zoellner knocked unconscious or relatively unscathed and looking for his car keys.

When it comes to the stabbing itself, nobody claimed to have seen it. One of Lawson's friends, Paris Wright, testified that he saw Lawson holding Zoellner in a headlock on the ground and separated them to find Lawson bleeding from stab wounds to his abdomen. But this is in conflict with another witness — Casey Gleaten — who said Zoellner was being beaten unconscious by a group of men when sometime later, she saw Lawson collapse some distance away from the defendant. (One witness testified that from a distance he saw someone fitting Zoellner's description make two stabbing motions at Lawson abdomen and another testified he saw something reflective in Zoellner's hand around the time of the stabbing, but testimony from both conflicted in substantial ways with other testimony and evidence.)

Like the testimony, there was little — if any — physical evidence to tie Zoellner to the crime. There was a fingerprint and a fabric fiber found on the knife, but the print wasn't Zoellner's and the fiber didn't match samples taken from his sweatshirt. The knife itself wasn't part of a set Zoellner apparently may have had in his car and uses in his job as a chef for a local catering company, and his boss testified that he'd never seen Zoellner with it at work.

No other physical evidence was presented at the preliminary hearing.

The case isn't over — not by a long shot. There is nothing to prevent prosecutors from again charging Zoellner with murder, or pursuing charges against anyone else.

Arcata Police Chief Tom Chapman has reached out to the FBI and the California Department of Justice to tap additional resources for the investigation, which continues to be led by APD with support from the district attorney's office. But it seems likely this case will ultimately hinge on forensic evidence, and that may be a slow process.

Chapman said the Department of Justice lab is conducting a variety of tests on Zoellner's clothing and the knife. The clothes — shoes, sweatpants and a sweatshirt — have blood stains that are undergoing DNA analysis in an effort to determine if any of the blood on Zoellner belonged to Lawson. The knife, meanwhile, is being tested for additional fibers, latent fingerprints and the presence of blood. It will likely be at least a month — and potentially months — before APD gets these results.

APD is also working to find out who the one visible fingerprint on that 10-inch kitchen knife belongs to, which would seem to mean needing to fingerprint partygoers. "That is obviously a question that needs to be answered," Chapman said, adding that the investigation remains very much active and ongoing. "This investigation doesn't end until we run out of evidence, leads and witnesses. ... I fully anticipate that at the end of our investigation charges will be filed and we will have a court process."

For his part, Brownfield struck a somber note when asked about his reaction to Reinholtsen's May 5 ruling.

"I'm happy for Kyle and his family, but it's hard to be happy when there's a young kid — who, from everything I know about him, seems to be a really good kid — dead and now we're left with more questions than answers," he said. "There's a big piece in a lot of people's lives that's definitely missing."