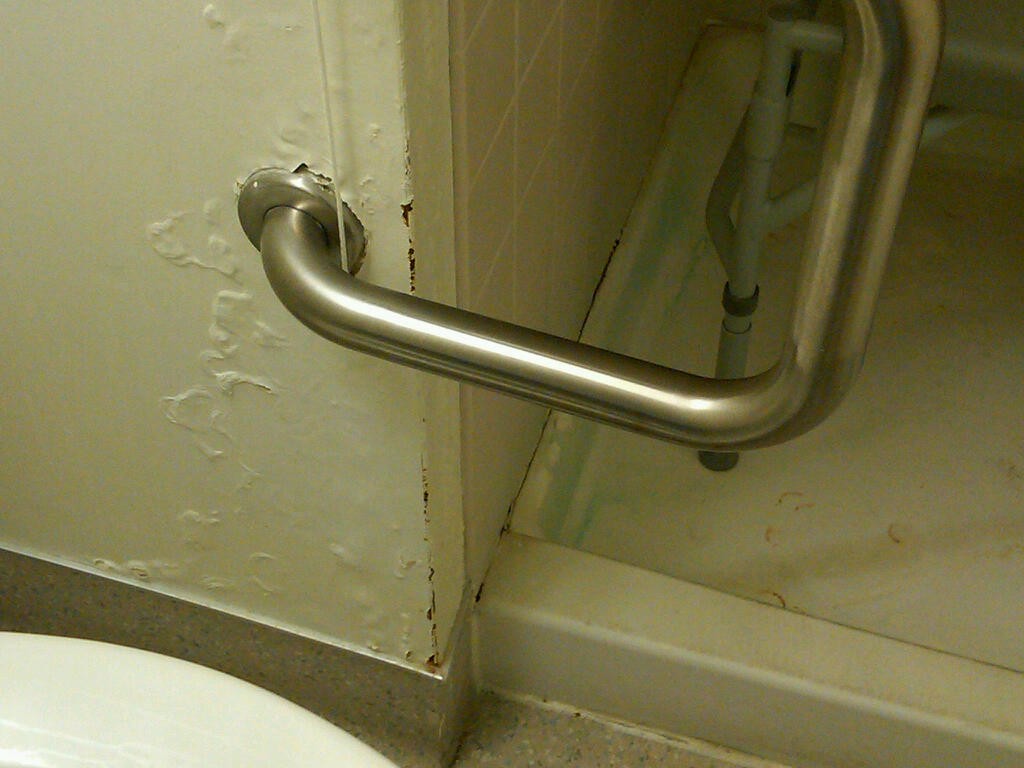 The California Nurses Association filed a grievance last week with St. Joseph Health System-Humboldt County on behalf of several registered nurses at its Eureka hospital whom the CNA claims have been affected by mold found growing in the new tower, still under construction, as well as in the Progressive Care Unit in an existing building connected to the tower.

The grievance, dated May 2 and addressed to Linda Cook, vice president of human resources, says the nurses "have experienced significant health symptoms" that include "severe and chronic headaches, sinus infections, heart palpitations, skin and eye irritation, congestion, and fatigue."

According to some of these nurses -- who asked to not be identified for fear of repercussions -- some of them began experiencing symptoms in early 2010.

"We started talking to each other and realized a bunch of us were having the same symptoms," said one nurse. "And some of these are people with no history of asthma, who grew up in Humboldt County and who never had an issue with mold before."

"We're all really young, and we're all getting really sick," said another nurse, who added that one nurse's hair began falling out, and another temporarily lost vision in one eye.

The chief nurse representative, or shop steward, Kathryn Donahue, who also is on the CNA board of directors, said Monday that one young nurse is on heart medication now because her resting heart rate has been consistently in the 140s and 150s over the past many months. "That's not OK," said Donahue.

Several of the nurses said they first went to their primary care doctors to have blood work done to see what might be causing their symptoms, but the results showed nothing. So last July some of them asked management to order an air quality test to be conducted; they suspected mold might be an issue. Shortly after they made that request, one of the nurses said, they were given employee health incident reports to fill out, but they didn't know how to fill them out because they didn't know the "specific date of injury."

"And we heard nothing about mold," the nurse said.

In September, according to documents procured from the hospital by CNA labor representative Ian Selden, tests for mold spores in the new tower under construction came back positive for several kinds of mold in a few locations, including in some spots abundant amounts of the highly toxic aspergillis. According to an agenda from a "nurse leadership team" meeting, this spring, mold was found in a patient room, bathroom and employee break room in an existing wing of the hospital. One of the nurses speculates that mold spores from the new wing could have wafted through to the old wing whenever the plastic sheeting covering the entrance to the construction area was disturbed.

After these discoveries, some of the nurses had their doctors order a mold toxin test, and they submitted urine samples to a mold-testing firm in Texas -- at nearly $700 per test, which the nurses paid for themselves, said Donahue, the shop steward. Of the five nurses tested to date by this firm, all five tested positive for one or more strains of three major molds toxins: aflatoxin, ochratoxin and trichothecenes, which can affect the liver, kidney and nervous system. Of those five nurses, two are now on disability, one switched to another department, one quit and one is still in the PCU unit, according to one of the nurses. More nurses, she said, are getting tested.

The statement notes that mold was found late last year growing beneath the roof on the newly constructed Northeast Tower. "Because there is no airflow yet between the Northeast Tower and the current building, the mold was strictly confined underneath the roof of the new construction and has not affected any parts of the building that is currently occupied by patients and staff," says the statement.

This April, incidentally, the hospital announced that it had terminated its contract with the company that was overseeing the new tower project, Skanska Construction Inc. But not because of the mold, said Hunt-Munther on Tuesday. "The roof issue and the Skanska termination are completely unrelated," she said. She added that St. Joseph Health System's Construction Department is now overseeing the completion of the project and, with subcontractors, will install a new roof later this year.

The hospital announced the mold discovery in the new tower in an employee forum, says the statement, after which an employee expressed concerns about mold in the building already in use. "We immediately hired an independent expert to test areas of the current building for mold levels," says the statement. "The independent tests revealed mold spores in small amounts in a few areas, principally due to water leakage." However, the statement emphasizes, except for one patient bathroom, which was fixed and from which mold was removed, the highest mold spore count inside the building where employees were working was 10 times less than the count in the outside air.

The statement notes as well that the state Division of Occupational Safety and Health (Cal-OSHA) inspected the hospital and examined the areas where mold had been found and treated by the hospital, analyzed expert reports, spoke with employees and concluded the hospital had taken all appropriate actions. "The inspector had no additional recommendations," says the statement.

It says the hospital has contracted with an outside expert to test other areas in the hospital for mold. And, it says, the hospital encourages employees to come forward and report any symptoms they might be experiencing to Employee Health.

Some of the nurses who are party to the grievance, however, claim that when they reported their symptoms, concerns and test results to hospital management, they were treated rudely and dismissively. Furthermore, said Donahue -- who works in another unit and is not one of the nurses reporting symptoms -- some of the nurses told her they were asked to keep quiet about their test results.

Donahue said some of the nurses have filed worker's compensation claims with the hospital, while others have not. Some (even one who didn't file) were contacted by a worker's comp investigation firm, and one nurse who filed for worker's comp had her request for a referral to get a toxicology test done denied. The hospital, Donahue said, appears to be denying any connection between mold in the hospital and the mold toxins present in the nurses who've been tested.

"All the nurses want is to have the hospital own what is happening," said Donahue. "They want to know how the hospital is going to help them -- with testing and with paying for their medical bills."

A meeting with union reps, the nurses and the hospital is in the works, said Donahue.