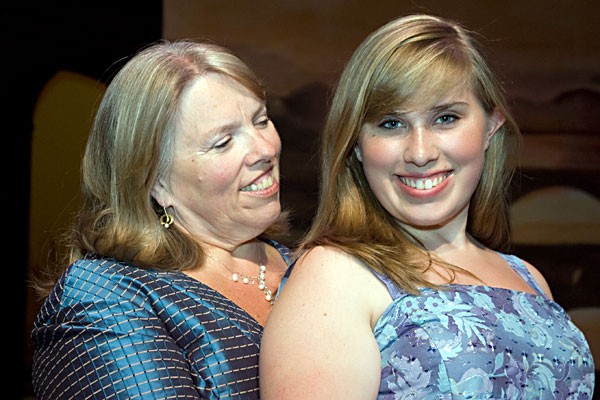 Tapping into his own youthful indiscretions and the distresses of his chronic ill health, Robert Louis Stevenson wrote a novel based on a nightmare about the good Dr. Jekyll, who invented a drug that transformed him into the evil Mr. Hyde. Stevenson joined Mary Shelley and other 19th century authors in focusing on the ambiguous power of science to amplify dangers precariously balanced in human nature.

As happened earlier to Shelley's tale of Doctor Frankenstein, The Strange Case of Dr. Jekyll and Mr. Hyde was itself quickly transformed into a popular play that made the story more sensational. Subsequent versions of both followed the plays rather than the novels -- especially the classic movies. Shelley's thoughtful "monster" in the novel -- sort of an unhinged Spock -- became a bellowing Karloff. Stevenson's sexless narrative acquired a love interest, graphic shenanigans and grimacing horror.

As a modern fable, the Jekyll and Hyde division was all too perfect for one of the histrionic, made-for-tourist Broadway musicals of the 1990s, complete with bombastic score and florid lyrics that parody themselves. It adds not one but two love interests, plus multiple homicides. Think Phantom Without the Opera.

The differences in the story (which went through several versions) aren't entirely arbitrary, and somewhere in the murk is the outline of a compelling variation on Stevenson's tale. Even so, songs were also shuffled and rewritten with alarming frequency, and the show's money-losing Broadway run was saved only by the star power of -- David Hasselhoff! Steven Winn of the San Francisco Chronicle called it the low-water mark of the ’90s musical, and that's saying a lot. Still, it has its fans, and continues to tour the world as well as to appear on regional and community theatre stages.

In the production of Jekyll and Hyde currently at Ferndale Repertory Theatre, Anthony Mankins as the Dr. Jekyll who transforms himself into a vengeful Johnny Depp with better pecs, plus Elena Tessler and Brandy Rose as the love interests, all have the pipes and the presence to please those who like this brand of musical. It is ably directed by Dianne Zuleger, with deft choreography by Linda Maxwell. Production values are also high, with a creative set by Calder Johnson, atmospheric lighting by Ken White and handsome period costumes by Faith Platt, Vikki Young and Jeane Warren. The large cast sings live to recorded music. They give their all for two more weekends, including two Sunday matinees.

Though the story is of more recent vintage, The Light on the Piazza is another novel that received differing interpretations, first on screen and then as the musical currently presented at HSU's Van Duzer Theatre by the Humboldt Light Opera Company, in association with College of the Redwoods.

An American mother and her beautiful daughter are traveling in Italy when the daughter sparks a romance with a young Florentine named Fabrizio. But the daughter's charming innocence may be the product of a childhood brain injury. Originally set in the 1950s, the 2005 musical takes a different view on the ambiguity of medical labels and the cultural shame associated with those officially pronounced as not normal.

But that's subtext to what is otherwise a musical spectacle. Though the script by Craig Lucas and the music and lyrics by Adam Guettel delve into other complications, basically it's a stage love story set within a gentle contrast of cultures.

The HLO production appears to be the hot ticket of the summer. Scenic designer Gerald Beck provides a dazzling set of moving platforms and screens, and director Jean Bazemore keeps the stage filled with color and movement, assisted by costumes designed by Kevin Sharkey and Virginia Ryder and lighting by Jayson Mohatt.

The music is somewhat unusual for a Broadway show, tending toward more modern complexity and the operetta style, which plays to HLO's strength, with music direction by Carol Ryder and John Chernoff. The live orchestra conducted by Justin Sousa provides both supple accents to the singing and memorable instrumental moments.

Carol Ryder as the mother and Bill Ryder as Fabrizio's father are familiarly brilliant. Fiona Ryder brings charm and fine vocals to the role of the daughter, Clara. From the moment he appeared, anxious and smitten, the emotional center for me was James Gadd as Fabrizio. At first he sings mostly in Italian, in a style that reminded me of old popular recordings made by Italian opera singers. Then in the second act, when his character is more comfortable with English, his performance of the climactic love song is simple, direct and yet extraordinary: the highlight of the love story.

But this show also dramatizes the pitfalls and tragedies of relationships -- especially in songs sung by Carol and Bill Ryder, but also in the songs and actions of other characters as they view their own relationships through the romance they see unfolding in front of them. Ably presenting these characters are Kevin Richards, Molly Severdia and Paula Proctor, with briefer roles made quickly credible by Phil Zastrow and Ellsworth Pence.

This is the final weekend for The Light on the Piazza: Friday and Saturday at 7:30 p.m.