The troubled life and violent death of Greg Hawkins 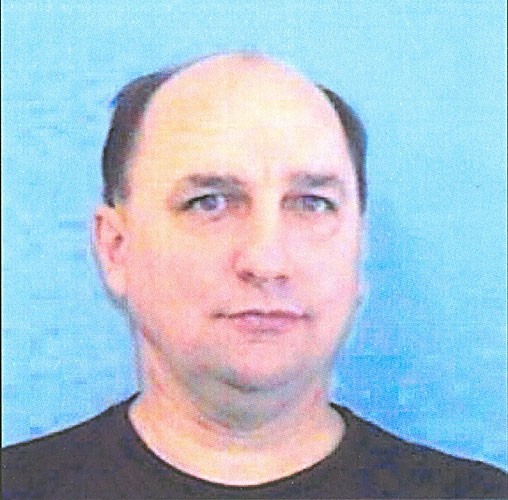 Connor Hawkins answered the phone late last Wednesday evening. It was a police detective from Glendale, Ariz., calling to warn him that his older brother Greg might be headed for Humboldt County. Greg had named Connor and other family members in a written "manifesto" that officers found in his trailer near Glendale, Connor Hawkins told the Journal last week.

Greg Allen Hawkins, 48, had been missing since Dec. 20, as had his roommate, 55-year-old James Keefer. Hawkins was considered a "person of interest" in the Dec. 21 murder of Cynthia Ann Langrall, 57, who'd been shot and killed while out on her regular early morning jog through suburban Glendale. Neighbors found her mortally wounded on the sidewalk, barely a block from her own home.

On Tuesday, the Glendale Police Department issued a release saying they've determined that Hawkins was responsible for Langrall's slaying. She and her husband, Charles Weber, had known Hawkins for years, according to the release. In fact, Weber and Hawkins served together on a Navy nuclear submarine crew 25 years earlier, but they'd had a falling out. "There is evidence," the release states, "[that] Hawkins had recently become familiar with Cynthia's daily routine in order to carry out his crime."

Detectives already had strong suspicions when they called Connor Hawkins last week. "When I got the call from the detective from Arizona, he said, 'He's already killed two people, we can't find him, and we think he's on a killing spree,'" Connor recalled. The second murder, Connor now assumes, was his brother's roommate, James Keefer, though Glendale police will say only that they fear Keefer may also be the victim of foul play.

After the phone call, Connor immediately thought of his mother, Jean, who lives near Humboldt Hill, south of Eureka. He wanted to warn her about Greg, yet he couldn't bring himself to make the call. As a kid, he'd been verbally and physically abused, he said, first by his mom, later by Greg, the eldest of three boys, and finally by his stepfather. Connor hadn't spoken to any of them in 10 years. He had a friend make the call to tell his mom what the detective had said -- that her son Greg was on the run and wanted for questioning in a murder. She refused to believe it.

"My mom said, 'That can't be true because he's sitting right here on my couch,'" Connor said. "Once I found out Greg was at my mom's house, that's when I called the sheriff."

Twelve hours later, Greg Hawkins was dead. After an all-night standoff with Humboldt County Sheriffs officers, including the SWAT unit and a crisis negotiating team as well as a negotiator from Humboldt County Department of Health and Human Services, Hawkins shot and killed himself on the upper floor of his mother's home. Jean Hawkins had left the house safely around 11 the previous night, shortly after the standoff began. Her longtime partner, the man who the boys considered their stepfather -- now bedridden and under hospice care -- was rescued from the house around 2:30 a.m.

Speaking to the Journal later that same day, Connor Hawkins said he wasn't at all surprised by what happened. He knew his brother was dangerous, he said. He'd known it since they were kids. Their father left the family when Greg was 5, Connor 2 and their younger brother Aaron still in diapers. The torture, Connor said, started shortly thereafter. His mother, overwhelmed by the task of raising three boys on her own, would slap them when they misbehaved, he said, and Greg soon followed her lead. "In essence," Connor said, "she trained him." Jean Hawkins declined to comment for this story.

Phil Crandall, director of Humboldt County Department of Health and Human Services, said child abuse often follows this cycle. "Typically, [abuse victims] strive to get as much power as the abuser," he said, "so they mimic the behaviors of the abusive parent." When the abuse is chronic and its effects left untreated, he added, the victims often come to depersonalize people, viewing them as objects to be manipulated. This lack of empathy is the hallmark of sociopathic behavior, Crandall said.

Connor described his brother's abuse in similar terms: Greg would box his brothers' ears, force them to eat unwanted food and make them stand in one position for long periods of time, he said. Even as an adult, after he'd landed a job at an Arizona nuclear power plant, Greg's antisocial behavior continued, Connor said. He heard stories from relatives, like when his stepbrother said Greg had tortured and killed his dog.

"Anybody who came in contact with him knew he was capable of monstrous acts," Connor said. He figured it was just a matter of time before something like this happened but said he was powerless to prevent it since Greg hadn't committed any crime he was aware of.

"I wanted him to be arrested and sent to prison, just so I know he's paying his debt back to society," Connor said. "And this whole suicide thing undermined that."

Crandall and other abuse experts say that children naturally love their parents, whether they're abusive or not. But abuse distorts that love. For Connor, it seems to have been distorted beyond all recognition. At the end of the conversation, he offered a cold appraisal of his situation. His stepfather is ill, he said. "He's gonna die; he's on hospice. My brother just committed suicide. Now there's just one bully left."