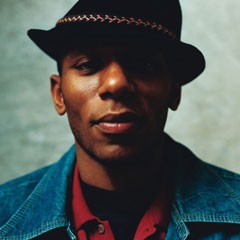 "Whoa, Mos Def is coming to Nocturnum?" I imagine quite a few Humboldtians were pleasantly surprised by the news while at the same time wondering why they hadn't been alerted sooner.

To their credit, People Productions, who in the last year have managed to lure Snoop Dogg, Nas and Mos Def's fellow Black Star alum Talib Kweli to the North Coast, had again scored a major name in hip-hop. Nice work, guys. Apparently, Mos had been in the neighborhood, so to speak, doing some press work in SoCal, and his people contacted People Productions owner Carol Bruno to inquire if she would be interested in doing a major show... oh, I don't know... how ’bout next week?

Fortunately, in Humboldt County, word travels quickly. Despite having only roughly a week to promote the show, Mos Def's Nocturnum appearance easily sold out. The night of the show, the doors opened at 8 p.m. and from the beginning there was good anticipatory energy in the room. Nocturnum mainstay VJ Itchie Fingaz spun some much appreciated ’90s hip-hop before giving way to the energetic Magic Heart Genies, made up of local rappers J the Sarge and Myka 9. They wrapped their set at about 11 p.m.

Okay, now we get to see Mos Def right? Wrong. VJ Itchie Fingaz returned to the stage to kill time and attempt to satiate the increasingly agitated crowd as reports circulated the room that Mos and his crew were late. Like, way late. Was the famous rapper unaware that driving up Highway 101 is a little more time consuming than, say, I-5? I could see that. Whatever the reason, the Nocturnum crowd were having their mellow seriously harshed.

After countless rounds of "Mos" chanting, Mos Def ended up hitting the stage at about 1:30 a.m. and got through several songs before being told to "wrap it up" due to the approach of that buzzkill 2 a.m. rule. (C'mon, if the neighbors weren't complaining by 2 ...) Mos handled the sticky situation admirably and attempted to appease the crowd by promising, "I'll be back" before vacating the premises. If he does come back, I owe you a coke.

Naturally, many in attendance were visibly and audibly upset and were looking for someone to blame. Middle fingers and profanity could be seen and heard being directed at both artist and club staff. But to those who were there, I offer this: After taking a moment to get over feeling sorry for yourself for not getting to spend more time looking at a celebrity, try to find that empathetic bone in your body and feel at least a little bit bad for all parties involved. I guess, if you'd like, you could fault Mos Def's handlers and People Productions for trying to slam together a last minute shindig. Fair enough. But honestly, if you're Carol Bruno, how do you say "no" to Mos Def?

You don't. Thanks for the effort guys. Sorry it didn't go as planned.