Mr. President: How and Why the Founders Created a Chief Executive

By Ray Raphael - Alfred A. Knopf 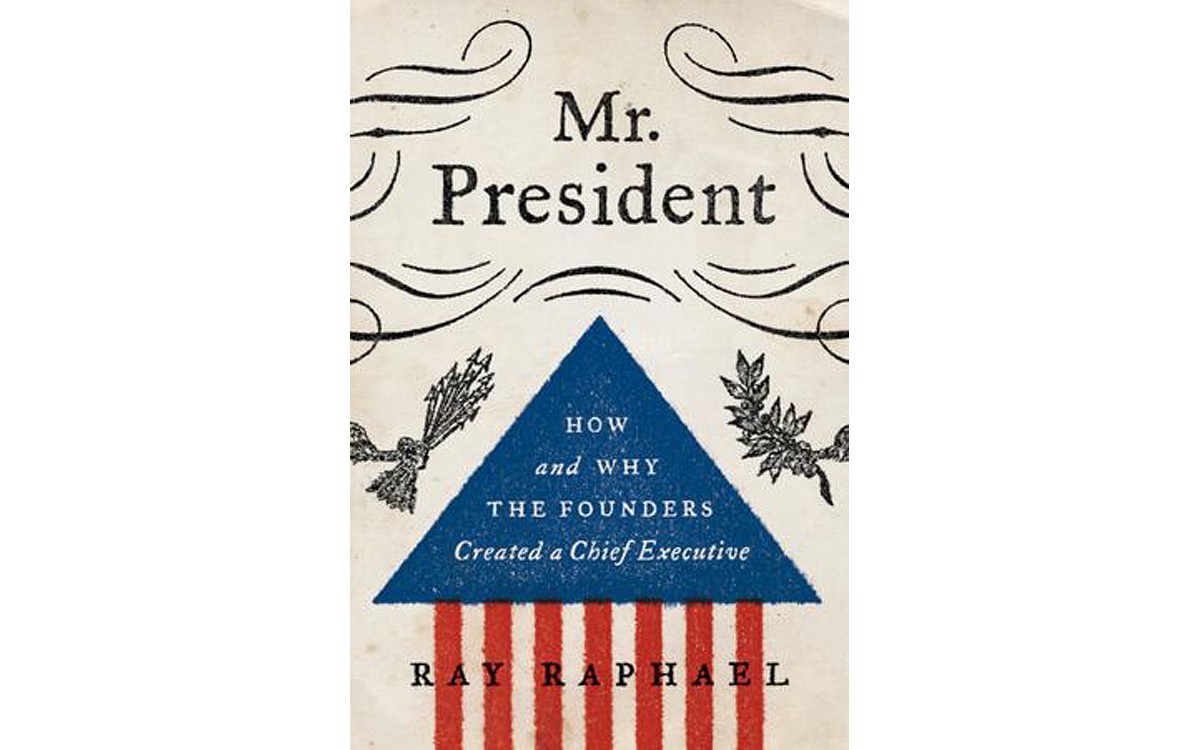 As the current presidential election looms, Ray Raphael's new book, Mr. President, offers rich food for thought about the original intent behind the presidency. In particular, we learn that many of the Founding Fathers were not convinced it was a good idea.

Raphael adeptly takes us back to that moment of (in)decision, reminding us of the fears foremost on the minds of the Revolutionary generation. After rejecting British monarchy in favor of a republican form of rule, often by committee, the founders hesitated to return power to a single man who might become another tyrant. But the United States desperately needed a stronger government, so the nation's leading men sequestered themselves in the
Pennsylvania State House during the summer of 1787, initially to amend but eventually to recreate the federal government. Although their deliberations were conducted in secret, Raphael enlists the help of enterprising diarists of the day to bring readers into the chambers to witness the day-to-day debates of the Constitutional Convention. Here we see the evolution of the executive branch. The founders addressed many questions: Would a committee or a single man hold the office? What would the executive's powers be? Would they include war and peace? What about the power to veto? How would the executive be chosen and for how long a term?

Raphael guides us through the story with a clear and steady hand as delegates struggle, disagree, maneuver and compromise. Major figures like George Washington, Benjamin Franklin and Alexander Hamilton appear, and familiar events frame the debates, but Raphael keeps his focus on the question of the executive office. In this section the details are thick, but hugely revealing. Raphael argues that this day-to-day account demonstrates "the collective nature of the enterprise and the interactive dialogue" of the Founding Fathers. The office of the American president, he concludes, "was forged by compromise."

And the debates weren't even over yet. During the administrations of Presidents Washington, Adams and Jefferson, the nature of presidential power as specified in the Constitution was put to the test. What exactly did it mean for the president to seek the Senate's "advice and consent" on treaties, for example? During Washington's tenure, "every contested power was decided in the president's favor," thus setting the nation down a path along which the power of the office has continued to expand. Indeed, Raphael laments that the executive has become increasingly important in the calculus of party politics, and thus less the "transcendent" position envisioned by the framers. But he also demonstrates that the founders themselves found it impossible to avoid such politics -- a dilemma that has continued up to our present, in which, Raphael reminds us, "governing is held hostage to politics."

Raphael, a widely published historian based in Southern Humboldt, will sign copies of Mr. President at Eureka Books on Saturday, April 7, during Arts! Alive.