And a new toxic species in town

Photo by Mark Larson Mushroom Fair volunteer Bruce Kessler at his well-stocked with toxic mushrooms, sharing the likely medical outcomes if they’re ingested and warning of the deadly Amanita phalloides, or death cap, new to our area.

"What did the girl mushroom say to the boy mushroom?"

Fun indeed. When the rain finally arrived this fall, my wife and I added mushroom hunting to our daily walks. Recently we have found 10 or more species at most of our favorite locations, like Sue-meg State Park (where collecting mushrooms is prohibited, by the way).

But on Sunday, Nov. 13, we found about 350 local mushroom species all in one place: Arcata's Community Center, at the 44th annual Humboldt Bay Mycological Society Mushroom Fair, first started in 1978.

"After doing virtual fairs in 2020 and 2021, it was incredibly rewarding and inspiring to be back to our in-person fair," said fair chairperson Rebecca Twiss. "The energy and enthusiasm, and actual joy, was palpable. It was astonishing how many people attended — 2,100, which tops our previous attendance record of 1,600." Twiss chalks it up to enthusiasm for live community events, as well as the growing popularity of mushrooms over the past few years. "We sold out of our club's annual T-shirt very early in the day and I've heard from a number of people that the parking situation was so bad that they gave up and didn't even attend the fair."

Arriving a little after 11 a.m., my wife and I put on our masks, paid our $5 entrance fee and joined the record crowd enjoying all things mycological, including: several large tables covered with more than 300 local mushroom species collected by fair organizers and labeled "Edible" or "Toxic," vendors with grow-your-own mushroom farms, mushroom-themed art and T-shirts, a toxic mushroom-education table and a bring-in-your-mushroom identification table with experts. And a few folks in mushroom attire. The family-friendly event also had a scavenger hunt for children and a children's Myco-Kids Workshop with Kristan Trunzo.

Our first stop was the popular "Mushrooms of the Redwood Coast" lecture by expert mycologist Noah Siegel (author of an excellent mushroom ID book by the same name), who showed his high-quality photos of mushroom species typically found in locations with redwoods ("not a lot of edibles"), Monterey Cypress, spruce, live oak and tanoak/madrone trees.

According to Siegel, 27 years of mushroom show lists reveal fair organizers have collected, identified and shown more than 1,200 local mushroom species. Evidently, Humboldt has a high number of local mushroom species, partly due to the wide variety of growing conditions. Many mushroom species don't show up for a while and re-appear in widely varying years — more research is needed as to why.

The number of mushroom species in this year's fair turned out to be better than expected. "In the history of our fair, not including our virtual fairs, we've had as few as 186 species and as many as 470, with a mean of 302," said Twiss.

"With the rain not coming until November, we were seeing mushroom numbers typical of the first couple weeks in October," said Siegel. "Late rain and cold weather do not make for good mushroom seasons."

Other lectures included "Bioluminescent and Fluorescent Fungi," with Alan Rockefeller and "Making Scents of Fungi: from Stench to Perfume," with Christian Schwarz.

With Terry Pratchett's memorable quote in our heads ("All mushrooms are edible. Some are edible only once"), we next stopped at the display of local toxic mushrooms and visited with longtime Mushroom Fair volunteer and medical doctor Bruce Kessler. Kessler was eager to share his expertise on toxic mushrooms and likely medical outcomes if they're ingested. "I have been manning the toxic mushroom table at the Mushroom Fair essentially since we have been having mushroom fairs. ... I consider it to be my contribution to community preventive medicine," Kessler said.

"What was different for me at this year's mushroom fair was that for the first time I had to warn people that Amanita phalloides — the Death Cap — has arrived locally," said Kessler, who'd previously been relieved not to have to warn mushroom hunters in Humboldt. "When you hear of someone on the West Coast dying of mushroom poisoning it is almost always due to accidentally eating Amanita phalloides." Never before found in our county, the deadly fungi popped up in Shelter Cove and Eureka, where Humboldt County Mycological Society members found them. "At the fair this year, we had an Amanita phalloides mushroom on display that was collected in Eureka."

While many of our friends do identify and eat mushrooms they find, my wife and I don't because we're amateurs in mushroom identification. Instead, we photograph our mushroom finds, identify them using the free iNaturalist app on our smartphones and share our photos on Facebook. 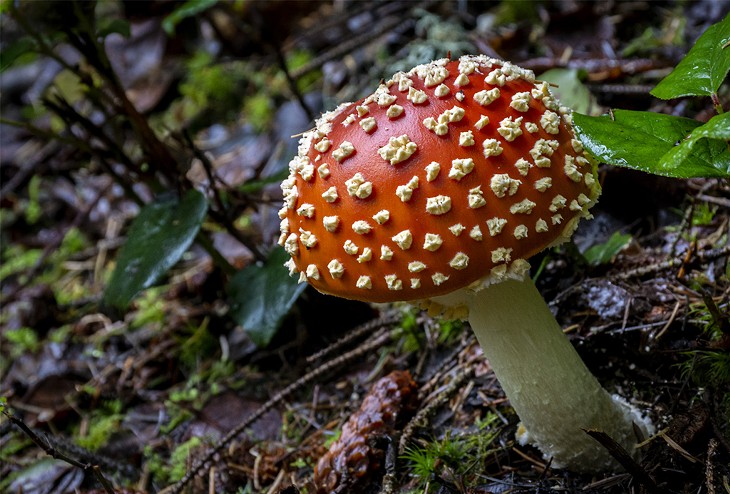 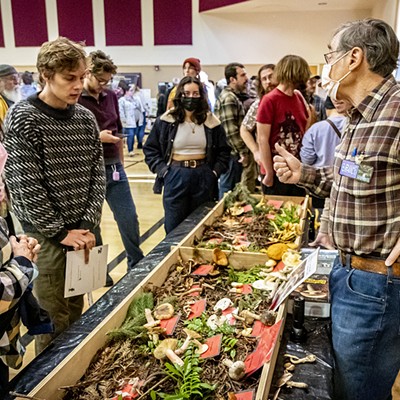