Music in the Time of Crisis 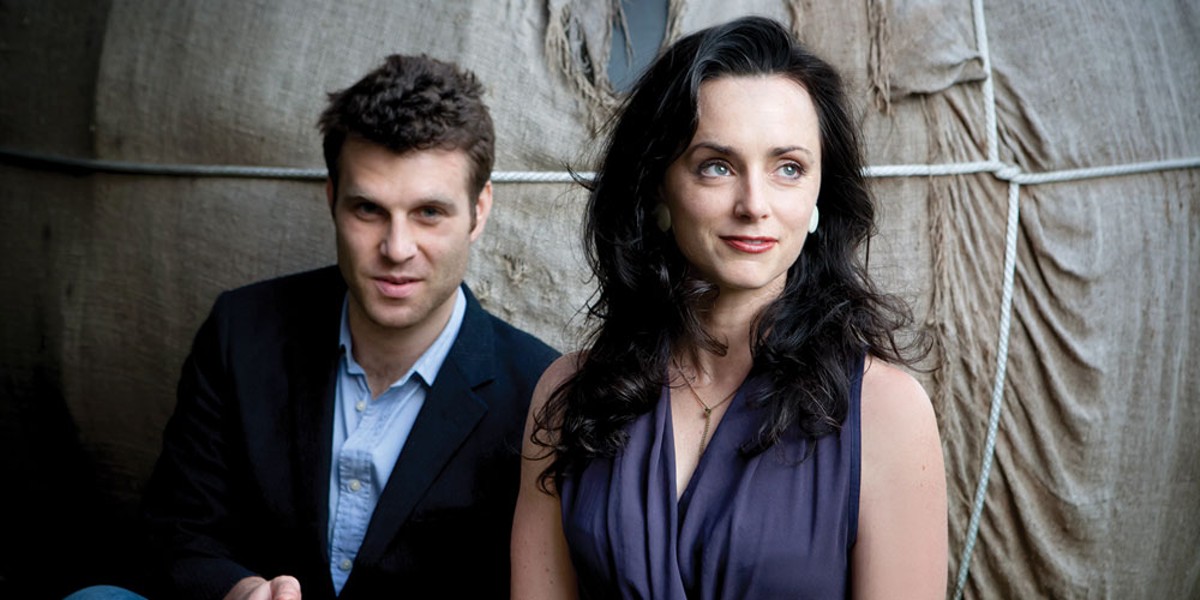 Courtesy of the Artists

Courtesy of the Artists French Oak Gypsy Band plays Westhaven Center for the Arts at 7:30 p.m. on Saturday, March 25.

Every year it's harder to tell the next generation borrowing money for college is a good idea. Tuitions are on the rise — imagine them ever going down! — and student loans linger longer and longer. However, one tremendous benefit of college remains: being surrounded by peers who share the sensitivities to the overwhelming and primal existence in each drop of every moment. Universities birth some of our best art and music. Me Pretty is no exception.

I spoke with Ethan Pezzolo, guitarist and vocalist of this Santa Cruz crisis-noise punk band making its Humboldt debut next week. (Full disclosure, Ethan is technically my step-nephew and I did give him a guitar once.) Me Pretty formed on the UC Santa Cruz campus and had its seeds watered during the 96 Hours of Action Against Police Brutality campaign, during which Ethan met Sophia, eventual bassist and vocalist of the band. The duo met drummer and vocalist Sarah at the natural foods co-op on campus and then through a DIY open mic scene. It's fair to say, the band was born out of action.

The "crisis" part of their sound comes from a social justice and activist drive. If you pick up a copy of their debut release, The People That Show Up, you won't find any silly little love songs. The band is driven by intellectual concepts often dealing with power relations, many of which the members study as students. As I caught Ethan during a break in his studying for finals and finishing a paper on fascism in the 20th century, the band rarely lacks ideas to write about. With influences ranging from Sonic Youth to Fugazi, you've got a chance to catch a young DIY band raging on the road, fully in the world. Welcome them to Humboldt on their way to Tacoma from Oakland. More details on the show below.

Start your weekend early with some local music you can check out in the comfort of your home. KMUD will be featuring local Arcata band Neighbors on the "occasional series" The Adventurous Ear starting at 5 p.m. I've been working my way through Ron Howard's Beatles documentary A Hard Day's Night so I'm glad to hear that Humboldt's own Beatles tribute Silver Hammer will be at The Jam tonight at 9:30 p.m. the price is TBA but for the chance to sing along with your neighbors to some of the best music in the Western canon, it'll be worth it. One-man musical cannonball/diablo/slide guitarist Bob Log III makes his long overdue return to Humboldt at The Alibi. Armed with an archtop guitar, loops and drums for his feet, this raunchy post-modern traveller from another dimension will melt your mind into the floor. Music starts at 11 p.m. and Moon Opossum — a "primitive country duo" that I hear is comprised of a certain member of Moonpine and a certain member of Opossum Sun Trail — opens up this $10 show.

In the event you missed said "certain member" of Moonpine last night, you can hear Nola with Belles of the Levee tonight at Cafe Mokka at 8 p.m. You'll hear some sublime vocal harmonies and jazz/blues roots music all for free, and you can bring the kiddos along. Supporting his album Chronology, is Chronixx, who I'm told is one of the "hottest global reggae artists to emerge out of Jamaica in recent years." He's backed up by his band Zincfence Redemption at the Mateel tonight at 8 p.m. with two of Jamaica's top female artists — again, I'm told — Jah9 and Kelissa. Rounding this $28 bill is Max Glazer/Federation Sound.

If you're in the mood for French Chanson and Gypsy Jazz, the Westhaven Center for the Arts is the place to be tonight for French Oak Gypsy Band, comprised of North Bay Native Stella Heath, French/American guitarist Gabriel Pirad and reedist James Inciardi. A $5-$20 sliding scale for this show at 7:30 p.m. Another slide guitarist — completely unlike above-mentioned Mr. Log III — brings high energy Mississippi Delta Blues. Grammy-winner Roy Rogers and The Delta Rhythm Kings will be at The Old Steeple at 7:30 p.m. He's worked with John Lee Hooker, Bonnie Raitt and the late great Ray Manazarek of The Doors. Grab your $30 tickets, as it'll fill up. The Sanctuary in Arcata hosts the show Dreams, Visions, and a Few Jokes put on by Mr. Story himself, Jeff DeMark. He's joined by Diana Heberger, Bob Davis, Tim Breed, Charlie Gilbert and string-slinger Marc Jeffares. "Carl Jung will be rolling his eyes in the collective unconscious" but he's on the guest list anyway, Jeff tells me. Stories and music start at 8 p.m. with a $7-$10 sliding scale. Also at 8 p.m. will be Skyline Swing playing some Gypsy jazz for free at Cafe Mokka. A packed bill is at Outer Space at 11th and M streets in Arcata tonight. Allison Crutchfield & The Fizz, Soar and Melrose Place join Vagabon at 8 p.m. for just $8. The debut album Infinite Worlds is a nice trippy mélange of acoustic indie-rock with electronic dollops sprinkled in the background. Deadheads will be flocking to the Arcata Theatre Lounge around 8:30 p.m. to hear The Schwag, whose mission is to carry "on the vibe and music of the legendary Grateful Dead." Good thing these folks are stopping by Arcata, right? They average about 150 shows a year and have been doing their thing for almost 25 years now, so you know they've got their chops. Bring $15 worth of dead presidents to get in the door.

An earlier show at Humboldt Brews tonight brings Trampled by Turtles songwriter Dave Simonett to town. Performing under his moniker Dead Man Winter, he's on the road supporting his recent release called Furnace. Dealing with the personal issues of divorce and separation from his two children, expect some intensely crafted songs of heartbreak and introspection. Ryan Montbleu opens the show around 8 p.m. with a $15 ticket price.

As mentioned above, Me Pretty, commie noise punks from Santa Cruz, make their debut appearance in Humboldt at The Siren's Song Tavern in Old Town Eureka around 8 p.m. The trio is joined by local freak jazz/noise band Friends of Future Sound and local living-room-pop rockers Dimboi. Check out this three-band bill at this free show. Goodnight Moonshine is at The Arcata Playhouse around the same time. Molly Venter (of Red Molly), her husband Eben Pariser and Adam Chilenski on bass bring roots and Americana sound and will delight you in this intimate $15 performance. In case you thought Tuesdays were dull on the North Coast, local B-movie sci-fi garage legends The Monster Women are at The Miniplex in Arcata tonight at 9 p.m., welcoming Los Angeles's Death Valley Girls, who just wrapped up a European tour. Bring $7 for this alt-rock gig.

The Paula Jones Band comprised of Ken Lawrence, Tim Randles, Mike LaBolle, Don Baraka and Mrs. Jones will be playing up at the Mad River Brewery at 6 p.m. for free. I got a nice email — with photos! — from Brian Netzley of L.A.-based band The Black Market Trust, which plays The Arcata Playhouse at 8 p.m. Brian's also a member of the Gonzalo Bergara Quartet (along with guitarist Jeffrey Radaich) so you can expect some killer Gypsy jazz from this group, but he tells me they also mix in some "Rat Pack-era Sinatra, The Beatles, and Beach Boys," so this sounds like a pretty intriguing blend of tunes. Welcome them to Arcata with $15.

Andy Powell is a congenital music lover and hosts The Album of the Week Show on KWPT 100.3 FM Tuesdays at 6 p.m. He's convinced there never won't be a crisis.