Music to Save Mother Earth 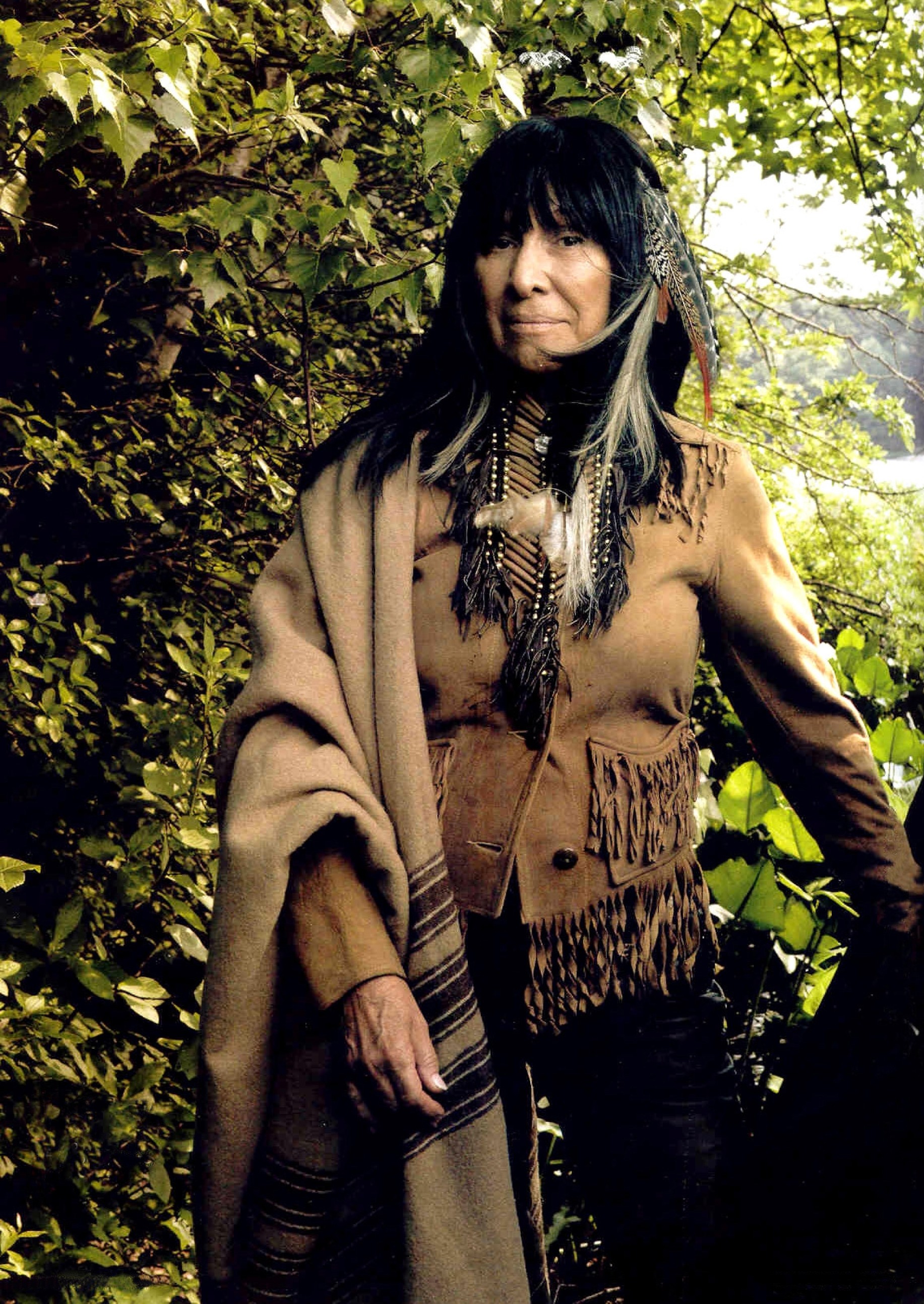 You might remember Buffy Sainte-Marie from songs touching on her Native American heritage, such as "Now That The Buffalo's Gone." Most don't realize that she also wrote the '60s anti-war anthem "Universal Soldier," made popular by Donovan, and pop hits such as "Up Where We Belong," sung by Joe Cocker and Jennifer Warnes for An Officer and a Gentleman. After a career spanning almost 50 years, she's still at it, writing and recording songs expressing her opinions on the issues of the day.

"No No Keshagesh," from her recent album Running for the Drum, paints a scathing portrait of America's modern economic malfeasance. Over an insistent drum beat and burbling synths she sings, "These old men they make their dirty deals, go in the back room and see what they can steal. Talk about your beautiful and spacious skies -- it's about uranium; it's about the water rights. Put Mother Nature on a luncheon plate, they cut her up and call it real estate ... Somebody's trying to save our Mother Earth. I'm gonna help them to save it, to sing it and bring it, singing 'No no Keshagesh,' you can't do that no more."

In a call from her home in Hawaii, she explained, "Keshagesh is a Cree word that means greedy guts. It's a name we used to call a little puppy -- when I was about 20, living on the reservation, we had this puppy and he would eat all of his own, and everybody else's. We called him Keshagesh -- greedy guts. "No no Keshagesh" is like a playful slap on the wrist, although the song is very serious about environmental greed and war: Money Laundering 101. War may have served a purpose at one time, but now it's just money laundering. It's strategically set up by both sides, and they make a fortune."

The drums on "No No Keshagesh" and other songs on the new record sound like the frame drums used at pow-wows, and sometimes they are, but she noted, "Other times they're something I've sampled in my studio. I've been into electronic music since the '60s and I've had a studio in my house since the '70s.

"I wrote a song called 'Star Walker' in the '70s; it was the first 'pow-wow rock' song. Pow-wow rock contains elements of Native American culture in the singing style and in the music style -- it's not something you hear on the radio in the U.S., but you do in Canada and Europe, Australia, etc."

Her music has always been extremely diverse, and thus hard to market. "In the '60s music was about songwriters, freshness and new ideas, and the record companies just recorded it," she said. "Radio stations had wide playlists. Then there was a long dark period in the middle when corporate record companies delivered whatever you were going to listen to. That was the only source and it became a very narrow playlist. Now, with the Internet, it's come full circle and there's diversity again. People are finding music from all over the world and turning each other on, just like we used to do in the streets and small coffeehouses."

At this point she's more likely to play music festivals and concert halls than coffeehouses. Right before she comes to Humboldt for a show this weekend, she plays a massive roots music fest in Byron Bay, New South Wales, Australia, where she plays alongside Bob Dylan. Can't make it Down Under? Catch her show in Eureka, the only U.S. appearance on the current leg of a world tour.

Buffy Sainte-Marie and her band appear in concert April 30 at 8 p.m. at the Eureka Theater to benefit the Californians for Alternatives to Toxics (CATs) Organic Planet Fund. The Berel Alexander Ensemble opens the show. Tickets are $32 in advance, $35 at the door. Info: www.alt2tox.org or contact CATs at 445-5100.