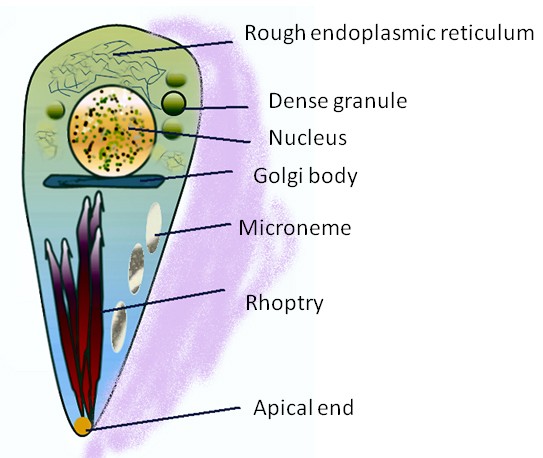 Last week, I discussed the increasing evidence that the common parasite Toxoplasma gondii appears to cause behavioral changes in rats, such as making them less fearful of cats. It also may affect human behavior, making men more likely to be involved in traffic accidents, while women appear to have less susceptibility to guilt. While this line of research is still in the early stages, scientists have for decades suspected that T. gondii may increase the risk of schizophrenia.

Just about every mental disorder has, at one time or another, been labeled schizophrenia! Today, one diagnostic problem is that schizophrenia is defined by behavior (e.g. paranoia, delusions, hallucinations) rather than by anything you can scientifically measure. This contrasts with a better understood disease such as diabetes, where recurrent or peristent hyperglycemia, as measured by a series of blood tests, establishes the condition. That’s why a recent major study showing “the strongest association we’ve yet seen between [T. gondii] infection and the subsequent development of schizophrenia” has garnered a lot of press. If a biological source of even a small percentage of schizophrenia cases were found, it might offer clues to understanding and treating the disorder.

The quote above is from neuroviroligist Robert Yolken, one of the investigators on this study, in which researchers from the Walter Reed Institute of Research joined forces with the Johns Hopkins Children’s Center to show that people previously exposed to the parasite — usually in childhood — had a 24 percent higher risk of developing schizophrenia than those unexposed. One hypothesis is that T. gondii may act as a “trigger” for people genetically predisposed to the disorder. The researchers are now planning to see whether aggressively treating infected schizophrenics with antiparasitic drugs could stem the symptoms of the disorder.

Major caution: most people infected with the parasite don’t develop schizophrenia, and most schizophrenics don’t have T. gondii, so putting schizophrenic patients on antiparasitic drugs en masse isn’t going to solve the problem.

It’s helpful to look at this from the point of view of any parasite. Parasites are no different from any life form that needs to propagate to survive. The rabies virus, for instance, spreads itself by sending an infected animal into a rage, biting other warm-blooded creatures immediately before killing its host. Or take the flu virus: newly-vaccinated flu-shot recipients in New York reported coming into contact with double the number of people they normally would have. The vaccine — almost identical to live flu virus — appears to cause a “socializing” effect, creating the conditions for propagation had it been the real thing.

I think we’re going to be hearing more about possible links between our behavior and parasites such as T. gondii. However, if you find youself in traffic court, I suggest you don’t offer the defense, “My parasites made me speed.” The judge’s parasites just may be having a bad day themselves.

Barry Evans (barryevans9@yahoo.com) sometimes worries just how many of the little buggers he’s supporting on a columnist’s salary. Barry’s two Field Notes compendia can be found at Eureka Books and Northtown Books.