My Parasites Made Me Do It 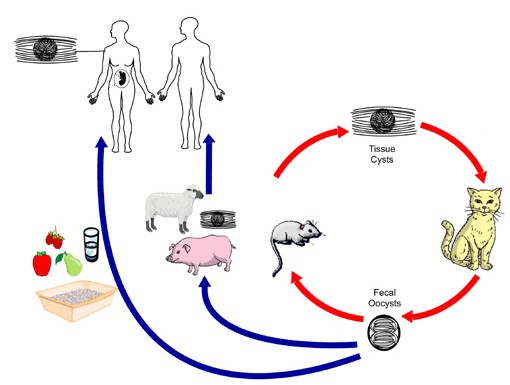 Why do we do we gamble our money away? Eat junk food? Text and drive? Used to be, we could come up with a good old Freudian excuse for our bad decisions and stupid mistakes: My parents divorced, Mom was depressed, I was abandoned in Wal-Mart. Or we could blame our genes: Dad was an alcoholic, so I drink. Better yet, my brain was designed to: overeat (to survive the long winter ahead); go into debt (ditto); be promiscuous (to spread my genes).

Now all these justifications sound a bit shallow in the light of increasing evidence that some of our behavior is governed by the many common parasites that occasionally lodge in human bodies and brains. The usually sober Atlantic, for instance, recently devoted nine pages to the claim by Czech evolutionary biologist Jaroslav Flegr that the single-celled protozoan Toxoplasma gondii may cause irrational behavior and brain damage (How Your Cat Is Making You Crazy, March 2012).

Found in the feces of outdoor cats, T. gondii is one of the most widespread human parasites, infecting perhaps three in 10 of us. While healthy humans are usually unaware of it, illness, stress or susceptibility to mental illness may give the parasite opportunities to create havoc. As early as the 1920s, doctors were advising pregnant women to avoid cats' litter boxes for fear that they could contract T. gondii, which can cause neurological damage to developing fetuses. And prior to the discovery of antiretroviral drugs in the late 1980s, many immuno-suppresed AIDS patients suffered Toxoplasma encephalitis, that is, inflammation of the brain caused by the parasite.

But T. gondii appears to operate on a subtler level. For instance, the parasite appears to increase dopamine production in our brains. Dopamine reduces our normal response to fear, which could explain a proposed connection between infection and driving skills. Two major studies in the Czech Republic, and another in Turkey, found that T. gondii-infected male drivers were 2½ times as likely to be involved in traffic accidents as uninfected male drivers. (In addition, the parasite may reduce attention, adding to the likelihood of driver-related accidents.) Another study of young women implicated T. gondii in two presumably unrelated traits: higher intelligence and less susceptibility to guilt.

"Correlation doesn't imply causation," and we're not talking hard-and-fast connections of the smoking-cancer kind. But because of T. gondii's prevalence, scientists are starting to take the implications of these and other studies seriously. One promising avenue of research in trying to understand just why T. gondii might have evolved to cause these symptoms, in particular the tendency toward fearlessness, is to look to rats. The parasite breeds in cats, so needs to find a way back into a cat's gut. Researchers have found that laboratory rats infected with the parasite are much less afraid of cats than uninfected ones, thus becoming easy prey. In this scenario, rats are the "intermediate host" through which the parasites propagate from one generation of feline hosts to the next (cats being the "definitive host" in which sexual reproduction occurs). And, goes the theory, since the mechanism of rat brains and human brains is quite similar, the same diminished fear response seen in infected rats shows up in infected people.

Next week, I'll look at a possible connection between T. gondii and schizophrenia. Meanwhile, an illustration of the T. gondii life cycle is on our website.