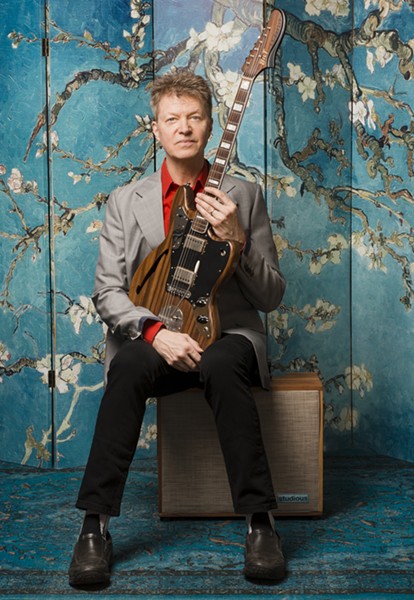 Guitarist Nels Cline returns to the Arcata Playhouse with his new band Nels Cline 4 featuring Julian Lage on guitar plus the fierce and versatile rhythm section of bassist Jorge Roeder and drummer Tom Rainey, Known as the lead guitarist of Wilco since 2004, and one of Rolling Stone’s “100 Greatest Guitarists,” Cline's new release Currents, Constellations embraces a sparser but edgier instrumentation, which serves the adventurous thrust of the music, brimming as it does with raw energy and wild beauty.