Net Smart: How to Thrive Online

By Howard Rheingold - The MIT Press 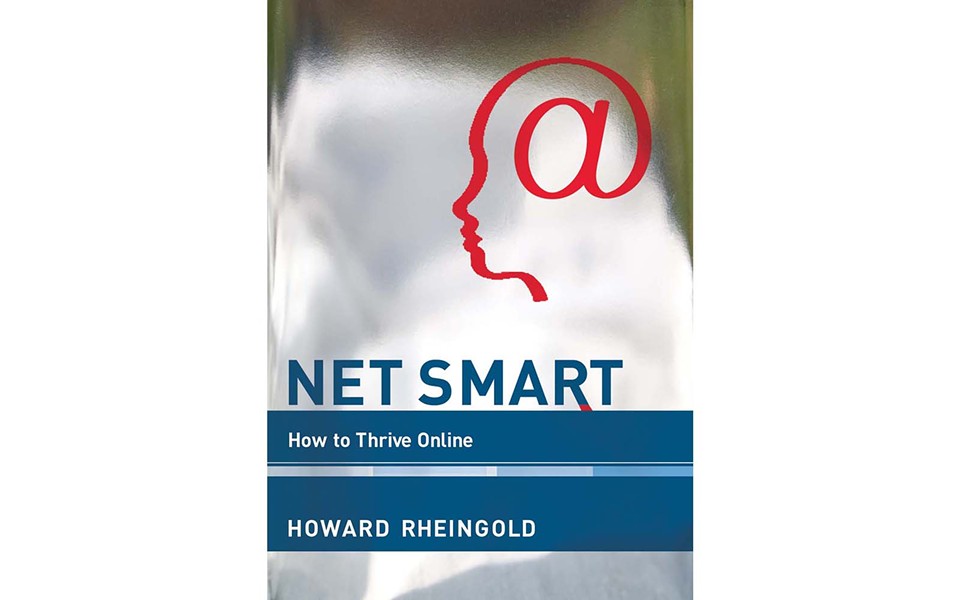 Howard Rheingold has a white moustache. He dresses like the prototype of an aging hippie, but he's been involved in personal computer theory and practice for 30 years. His social network experience goes back to one of the earliest example, San Francisco's legendary The Well. Younger readers may know him as the author of Smart Mobs: The Next Social Revolution.

So he's positioned to speak to several generations on "how to thrive online," including boomers. But this is not a simple how to book full of bullet points and illustrations (though it does include some cartoons reminiscent of R. Crumb). Rheingold writes about how to use the net "mindfully," which includes critically. Two of his five web literacies (along with attention, participation and collaboration) are net smarts and crap detection.

Still, his stance is mainly positive on the benefits and the social change inherent in what he calls the shift from group to network. His approach is historical as well as theoretical, philosophical and practical. He pays attention to how adventures in cyberspace change individuals as well as society, and he considers several sides of those questions. He can be acerbic as well as inspirational.

One of his main assertions is that "the emerging digital divide is between those who know how to use social media for individual advantage and collective action, and those who do not." Originally the "digital divide" meant the distance between the individuals and communities who could financially afford to fully participate in cyberspace and those who couldn't. That divide still exists, especially as full participation seems to require frequent new purchases of the latest devices.

The author's personal experience -- as well as from his students and children -- provides rare perspective on cyberspace. This is also a kind of guidebook to future practice as Rheingold emphasizes the ethics of good networking and social collaboration. So part of his advice, in addition to how to manage information overload and survive on Facebook, is how to be a good participator and network citizen. Plus his emphasis on the skills of attention and critical thinking are useful beyond cyberspace.

The book is pretty clearly written, but it's not a fast read because there is at least one interesting idea on every page and, depending on individual net experience, a number of challenging topics. It's also meant to be read beginning to end, which is not exactly the Internet way. It's about 250 pages of text plus lots of notes and a mediocre index, but what's missing is a sorely needed glossary of terms as they are used in the book. Overall it's that paradox of the instant-obsolescence computer age: a keeper.