New Laws and Greening the Senate 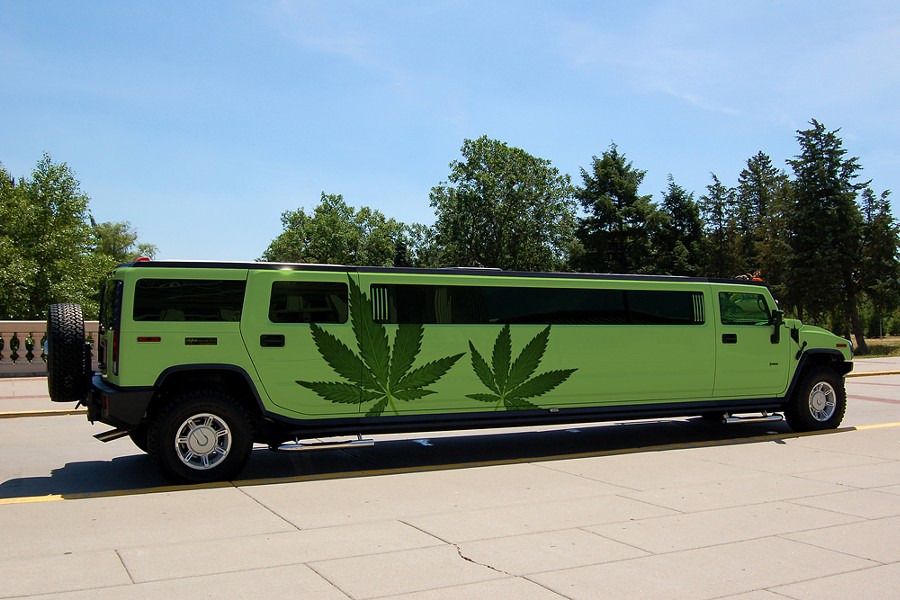 If you spent New Year's Eve rolling around town smoking joints in the back of a party bus, you may have had a rude awakening after the clock struck midnight.

While state law has always prohibited drivers and passengers in cars from smoking cannabis, puffing vape pens or any other form of imbibing, Senate Bill 625 had provided an exemption, allowing passengers in the back of limousines and party buses to puff freely. But the Legislature voted in 2019 to kill that buzz over worries drivers in cloudy limos and buses might get a contact high that would leave them driving stoned.

So as soon as 2019 came to a close, so did one's ability to legally toke it up while in transit. Drinking alcohol on the same party buses, however, remains legal.

Also taking effect Jan. 1 was Assembly Bill 34, which allows licensed cannabis shops to donate product to some medical patients. The practice of dispensaries giving out cannabis to indigent, extremely ill patients came to a screeching halt with the legalization of recreational weed, as lawmakers worried it would lead to free promotional giveaways and other campaigns they worried would promote cannabis use. But this left some poor patients with terminal and other serious illnesses without a way to legally get affordable cannabis, sending some to the illicit market, with its potentially tainted products.

Authored by state Sen. Scott Wiener, the bill also exempts such transactions from state cultivation and use taxes, as California doesn't impose levies on other medications.

Also on the tax front, the new year brings some other changes.

The industry will get a bit of tax relief with Assembly Bill 37, which allows cannabis companies to deduct some business expenses. Until 2020, California law mirrored federal law, which prohibited any cannabis cultivator, processor or seller from deducting business expenses because they "traffic in controlled substances." But A.B. 37 changes that — essentially treating cannabis companies like any other business and allowing the industry to deduct expenses in state filings.

On the flip side, tax rates are going up with the new year. The California Department of Tax and Fee Administration announced in November that it is increasing two rates — the state's mark-up rate on cannabis business transactions and the state's cultivation tax on dried flower — that some industry insiders predict will result in consumers paying $5 to $10 more per eighth-ounce of flower at the register.

In addition to new laws coming onto the books, the calendar's flipping to 2020 also means we are more than officially in the throes of a presidential election that will swallow us whole by year's end. On the cannabis front, that means you can expect some breathless coverage of the nuanced differences in the candidates' stances on stuff. (Spoiler alert: All viable Democratic candidates favor legalization, save for former Vice President Joe Biden who now supports the full "decriminalization" of cannabis just weeks after saying he didn't support legalization because there isn't enough evidence to determine whether it is a "gateway drug.")

On the other side of the ballot, Trump has been somewhat all over the place on the topic, saying in 2016 that he supported medical cannabis and later hinting he would sign a law leaving states to regulate cannabis how they see fit, though his justice department has taken steps to undo a handful of Obama-era protections for the industry. Most recently, in a signing statement attached to a funding bill signed last month, Trump said he reserves the right to ignore congressionally approved protections shielding states that have legalized medical marijuana from federal interference.

But the truth is that folks who want to see federal legalization or decriminalization need to look down the ballot. Unless Democrats flip the Senate and manage to pry the gavel from Senate Majority Leader Mitch McConnell's prohibitionist hands, there's simply no chance for substantive change, as McConnell has repeatedly blocked cannabis legislation — including proposals with bipartisan support to make cannabis a states' rights issue and relax federal banking restrictions on the industry — from seeing the Senate floor. (Most proposals passed by the House on the subject haven't even received the lip service of a committee hearing.)

There are 35 Senate seats up for election this year — including 23 currently held by Republicans. Democrats only need to pick up four seats to take the majority, which could dramatically shift the cannabis landscape. If you're looking for big federal changes in the near future, Senate seats are the races to watch.