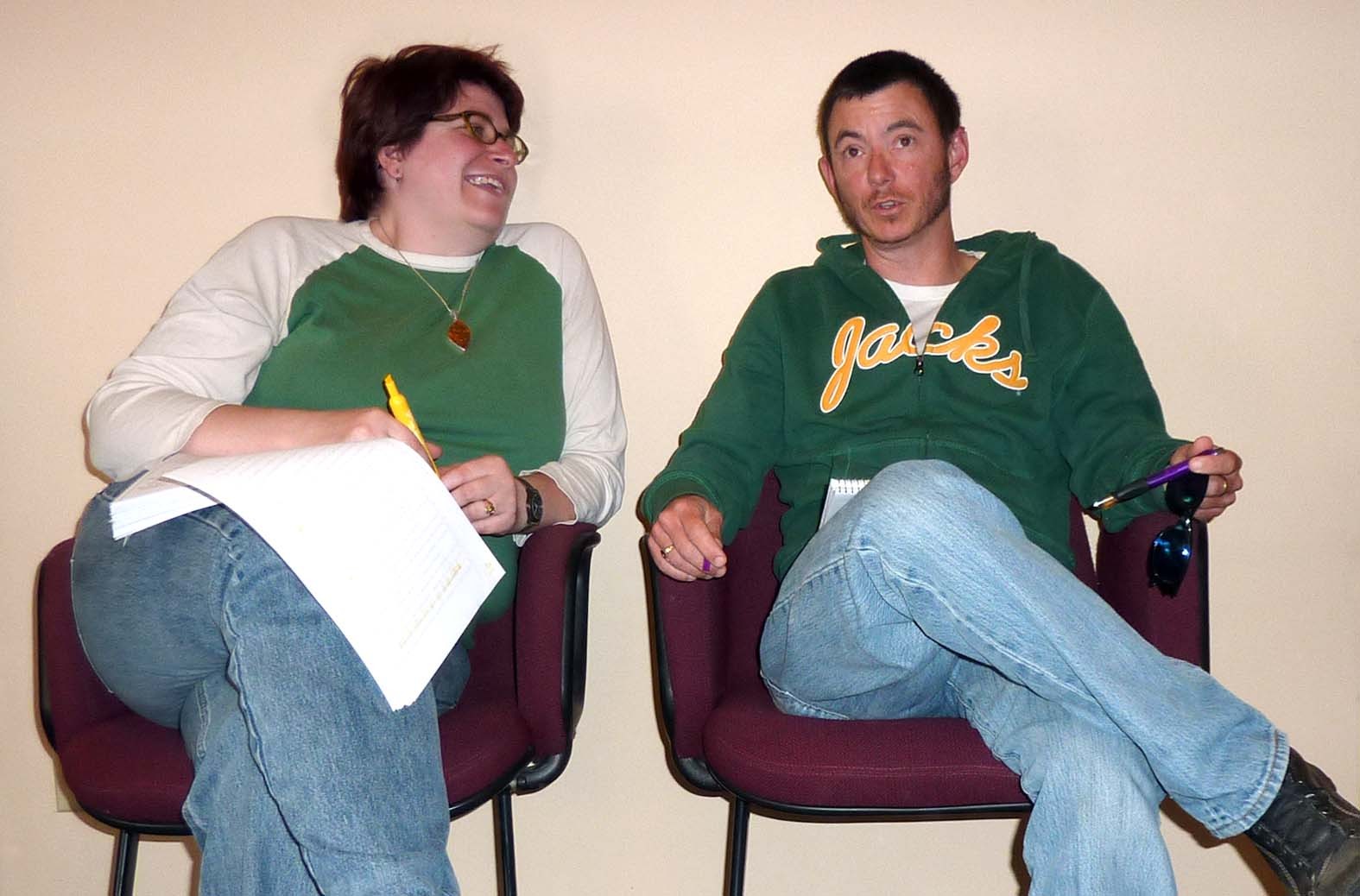 Woven throughout the Prop. 8 debate you'll find plenty of dispute, anger, indignation and hand-wringing about morality and ethics, those cohabitant "better angels of our nature," to quote Honest Abe via Obama. In overturning California's voter-approved measure, federal Judge Vaughn Walker largely dismissed such concerns, ruling that the measure "enacted a private moral view without advancing a legitimate government interest." Which is all well and good, except it sidesteps the fate of our eternal souls. Government interest aside, is homosexuality immoral? Is denying gay marriage ethical? (Wait, what's the difference again?)

To help us with these thorny issues, the Journal invited philosophical ethicist Dr. Loren L. Cannon, who teaches in HSU's department of philosophy, and his wife Jessica Pettitt, a public speaker and consultant specializing in social justice, to weigh in. (Disclosure: They're also friends with the author.) They addressed the "Yes on 8" arguments one by one. Some excerpts:

Marriage has always meant one man, one woman.

Dr. Loren Cannon: In most logic textbooks, argument from tradition is seen as a logical fallacy. Groups of people do really horrible things sometimes. Slavery in this country was traditional. ... Secondly, it's just wrong in this case. The understanding we have of heterosexual marriage -- the nuclear family -- there are a lot of cultures that have much different types of organizations.

LC: That doesn't mean tradition is valueless. I think tradition is very important. It can be a worthwhile way of organizing one's life, celebrating different rites of passage. But it's also true that you can look back on those practices and ask, "Is this limiting our culture from respecting certain people?"

The purpose of marriage is to promote procreation.

LC: Two things are wrong with that argument. One, it assumes marriage hasn't changed. Heterosexuals have already changed marriage considerably [away from] any kind of ethical ideal -- not gay folks. Secondly, that argument restricts [many] heterosexuals from getting married also. Some heterosexuals don't have kids. Some don't live together. Some have kinky sex. They do all sorts of crazy stuff.

LC: Some people think this isn't a moral issue, or that people who are against homosexual marriage are bad [because] they're shoving their morality on others. I think it's good to have a moral outlook. The problem is that there's no argument on that side. ... When we start legislating what we think are moral claims, they [must prove either] harm or disrespect. ... In this court case, neither is happening. Allowing same-sex people to get married isn't disrespecting anybody under the law. In fact not allowing them to get married is disrespecting people. And there's no harm caused. ... There is no evidence that same-sex parents are any worse at parenting than opposite-sex parents.

The Bible is against it.

LC: If we were a different type of nation, one that didn't have a strict boundary between state and religion, then somebody might have a religious argument. But that's not the system we have. We do have a nation that respects religious freedoms and expressions, but not at the expense of others' rights.

JP: Also, you can't selectively dip into an interpretation. It's not a big deal anymore to eat shellfish or wear mixed fabrics, which is bad [according to] the Bible. ... You can't have it both ways. Gay and lesbian and bisexual partners happen, just like polyester happens. Just like the Oyster Festival happens.

LC: The only argument that sometimes works is an argument from natural law theory -- to say that naturally, human beings have a penis and a vagina; one goes in another; we make babies that way; and we have marriage to support that practice. ... The problem is that what is understood as "natural" is up for debate. Even historically, there have always been homosexuals, and our genitals and reproductive organs aren't just meant for procreation; they're meant to do all sorts of stuff, and that involves pleasing sex partners.

JP: People were having recreational sex long before Freud came along. ... Even in Kinsey's work, when you look at his [studies] of actual sexual activities, people have sex cuz it feels good. Sometimes they have babies from it. And sometimes it's all by yourself.

LC: Also, with the natural law argument, we'd have to say "no" to contraception. Perhaps cars would have to go as well. ... It denies human culture, and it's not consistent.

LC: That's also a fallacy. In order for that type of argument to be sound, all of the causal connections -- between same-sex marriage, marrying a poodle, marrying a lizard -- have to be really tight. ... It's hard to know what causes what. What I don't like about slippery-slope arguments is that it assumes people aren't thinking rationally. I can tell the difference between two people and seven people. I can tell the difference between a chihuahua and a man. We can look at each of those cases separately and as thoughtful, reasonable people get together and say, "OK, is anybody being hurt? Disrespected?"

JP: Their actual argument is that "Proposition 8 ... protects our children from being taught in public schools that same-sex marriage is the same as traditional marriage." It's hinged on [gasp!], but there's no content.

LC: We call this a circular argument. ... Also, it's inconsistent internally because it's identifying a value -- save the children -- and leaving all sorts of children out. There are already children who are harmed by their parents' inability to become married.

Prop. 8 passed. It's the will of the people.

LC: Judge Walker wrote, "An initiative measure adopted by the voters deserves great respect. ... When challenged, however, the voters' determinations must find at least some support in evidence. ... Conjecture, speculation and fears are not enough." The emphasis that our country places on rights trumps public majority opinion.

Activist judges are leading us astray.

LC: I think that in just a few decades we'll look back and -- well, I'm already embarrassed -- but we'll be embarrassed that it's taken the United States this long to fully consider rationally and thoughtfully what it means to be respectful of all people. That's why we have to start with the law, because that's where, hopefully, people are being rational and thoughtful. ... Out of all the civil rights movements that have come before in this country, to have it still legal to discriminate against people in the GLBT community, and have it just be taken for granted all this time, I think it's reprehensible, and we should be embarrassed about it. ... And I think this court case shows that there are no good arguments for the other side.