This time of year in the Journal means puzzles in Field Notes. Given the sheltering situation these days, it might be more important than usual to exercise your brain muscles, in the event the lockdown is making those 86 billion neurons in your skull to atrophy (trust me, I counted). If you have trouble with any of the following, ask a pre-teen kid for help. At that age, they're generally better at "aha" puzzles.

Farmer's Fence: A farmer asks an engineer, a physicist and a mathematician to build a fence that encloses the most area with the least length of fence.

The engineer builds a circular fence, so as to maximize the area per length of fence on a two-dimensional plane.

The physicist builds a fence around the equator (some of it floating, of course) to maximize the area per length of fence on a sphere.

What does the mathematician do to win the challenge?

Dog Crossing: A man calls his dog from the far side of a wide river. No bridge, no ferry. The dog immediately crosses the river without getting wet. How?

Not Twins: Two people were born on the same day of the same year. They share the same father and same mother, yet they're not twins. Explain.

Triangles: How many triangles are in the accompanying figure? Hint: There are more than 30.

Manhole: Why is a manhole (personhole?) cover round, not square?

Impossible: How can you create the "impossible figure" in the photo? 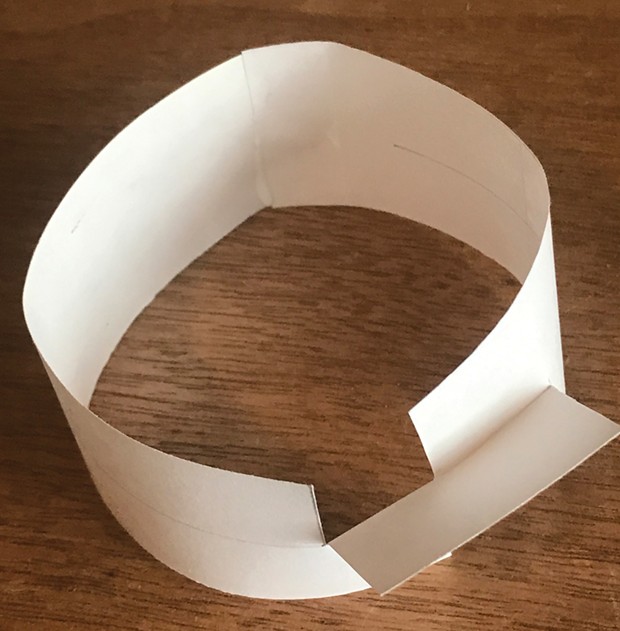 Tennis Tournament: The local tennis club had 125 entrants for its annual singles elimination tournament. In the first round, 62 games were played to eliminate about half the contestants (the odd man had a bye, that is, he or she moved to the second round without playing); in the second round a further quarter were eliminated, and so on until the winner emerged. How many matches were played?

Tempus Fugit: In the sentence "Time flies like an arrow," is the word "Time" a noun, adjective or verb?

Farmer's Fence: The mathematician builds a tiny fence around himself and declares himself outside, thus enclosing (almost) the entire surface of Earth.

Dog Crossing: The river is frozen.

Not Twins: They're two of three triplets.

Triangles: 35. (You might have guessed this from the hint, and from the fact that the five-fold symmetry of the figure means that any answer must be a multiple of five.)

Manhole: A square cover could fall into the hole. (Round is also stronger, weight for weight.)

Impossible: Cut yourself an inch-wide strip from a letter-size sheet of paper and play — it's easy to figure out.

Tennis Tournament: 124, the number of players who had to be eliminated.

Tempus Fugit: Yes, it is!