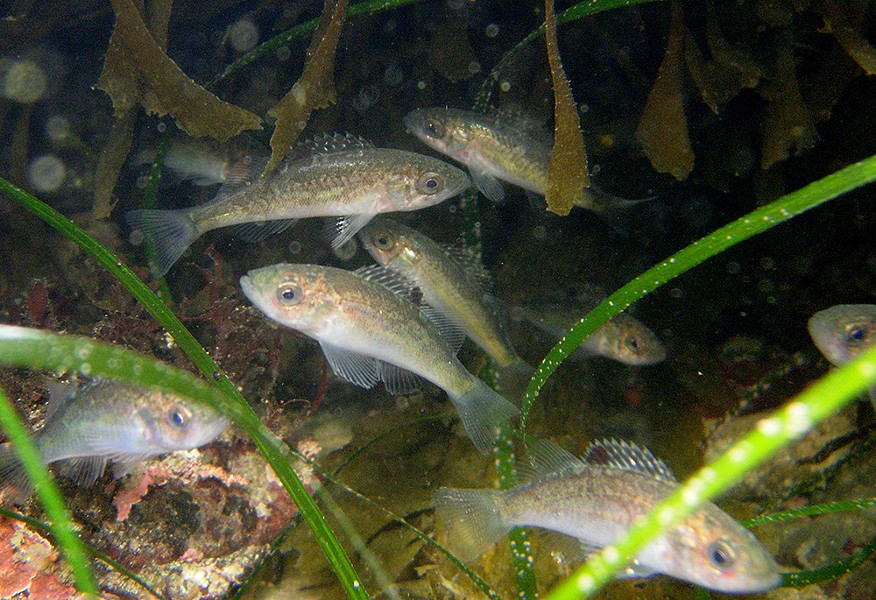 Photo by Mike Kelly Young yellowtail and black rockfish in a tide pool. 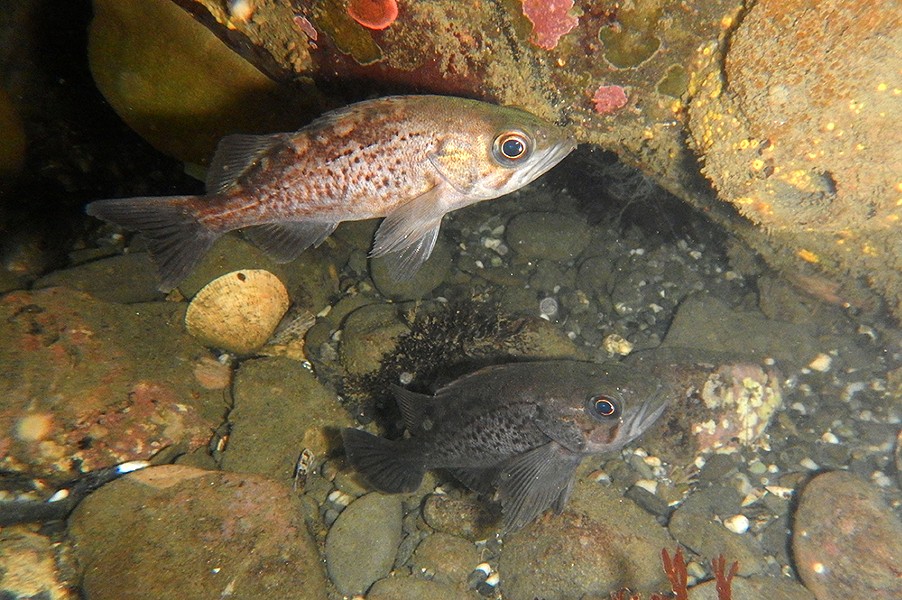 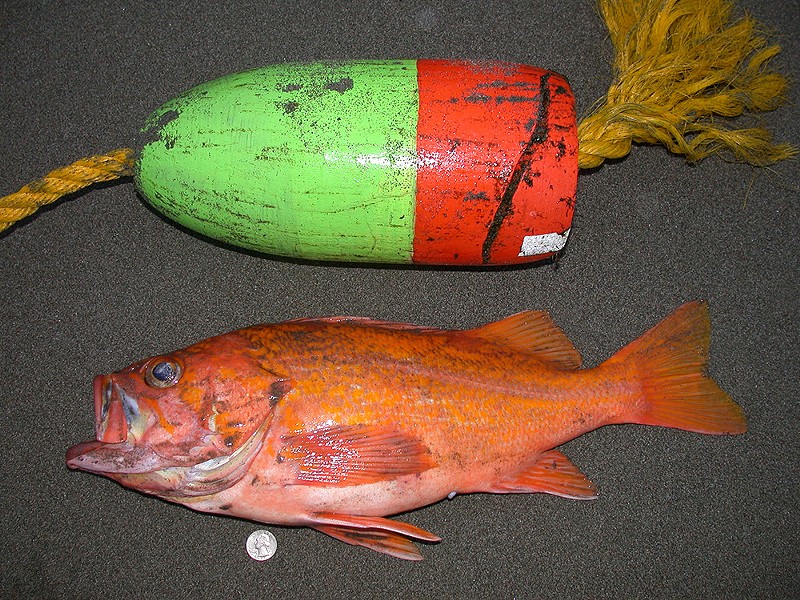 Photo by Mike Kelly A canary rockfish, a species of Pacific rockfish, not to be confused with a red snapper.

Try starting with small talk like, "Sorry about that hook in your face, buddy. How's it goin' otherwise?"

Sometimes fish make noises or flap their fins in what could be a response. But I never understand what they're saying. (But massive respect to Aquaman and Doctor Doolittle.)

We evolved from a fish, though, so I think it's worth saying "howdy," just in case.

I even speak to dead fish. Because who's to say they aren't "up there" watching, you know? Maybe that's when they can finally communicate. Dead or alive, be nice to fish.

So I gutted the bastard. There were no obvious diseases or parasites. The fish just stared. It was apparently communicating in a secret language known only to its species.

Sebastes pinniger is officially a species of Pacific rockfish. But seafood markets and restaurants often use incorrect names. Pacific rockfish are not "snappers" or "rock cod." And you can enjoy seeing correctly labeled ones living at Humboldt State University's Telonicher Marine Laboratory in Trinidad.

Anyway, you can show your respect to fishes by not using fake names. Getting a canary rockfish mixed up with a red snapper is literally like getting your mother mixed up with a gibbon.

You might argue that dragging a rockfish out of deep water is disrespectful. Sure, its eyes are bugging out and a gutty sack thing sticks out of its mouth. But fishing is fun and rockfish are yummy. And I don't hear them complaining.

So why do rockfish bulge like that? Well, rockfish have a closed swim bladder with gas in it. It allows the fish to maintain neutral buoyancy so it can hover in one spot and behave like a rockfish rather than constantly swimming like a salmon with its open swim bladder, or sitting on its ass all day like a bladderless lingcod. So when a rockfish gets jerked from the depths, the swim bladder swells as the pressure decreases and the gas expands.

If the rockfish you've just disrespected is too small or whatever, how do you release it alive with its innards poking out? Luckily, there's a weighted gizmo called a "descender." You attach the fish to it and sink it back to where it came from. This re-equalizes the pressure and its swim bladder re-becomes an innard. The fish love it so much it renders them speechless.

How does a fish under the ocean get gas into its swim bladder? It has a thing called a "rete mirabile," which means "wonderful net" in Latin. It's a network of blood vessels that surrounds the swim bladder and pumps formerly-dissolved oxygen into it. (Don't ask me how to pronounce "rete mirabile" because no one actually knows. The fish won't tell us. And your fisheries professors are faking it.)

If you'd like to talk to a rockfish without all the ugliness, juveniles can be seen rearing in our local tide pools. Saying "yoohoo" might get one's attention. And if you want to talk to fish in an aquarium, you'll have to shout at them to overcome the air/glass/water boundary. Try screaming, "WHAT'S UUUUUUP?!" at them. (But if you get bounced from the HSU Marine Lab, you don't know me, OK?)