Put this pooper on the poopdeck: More boring Pirates

by Charlie Myers and Bob Doran 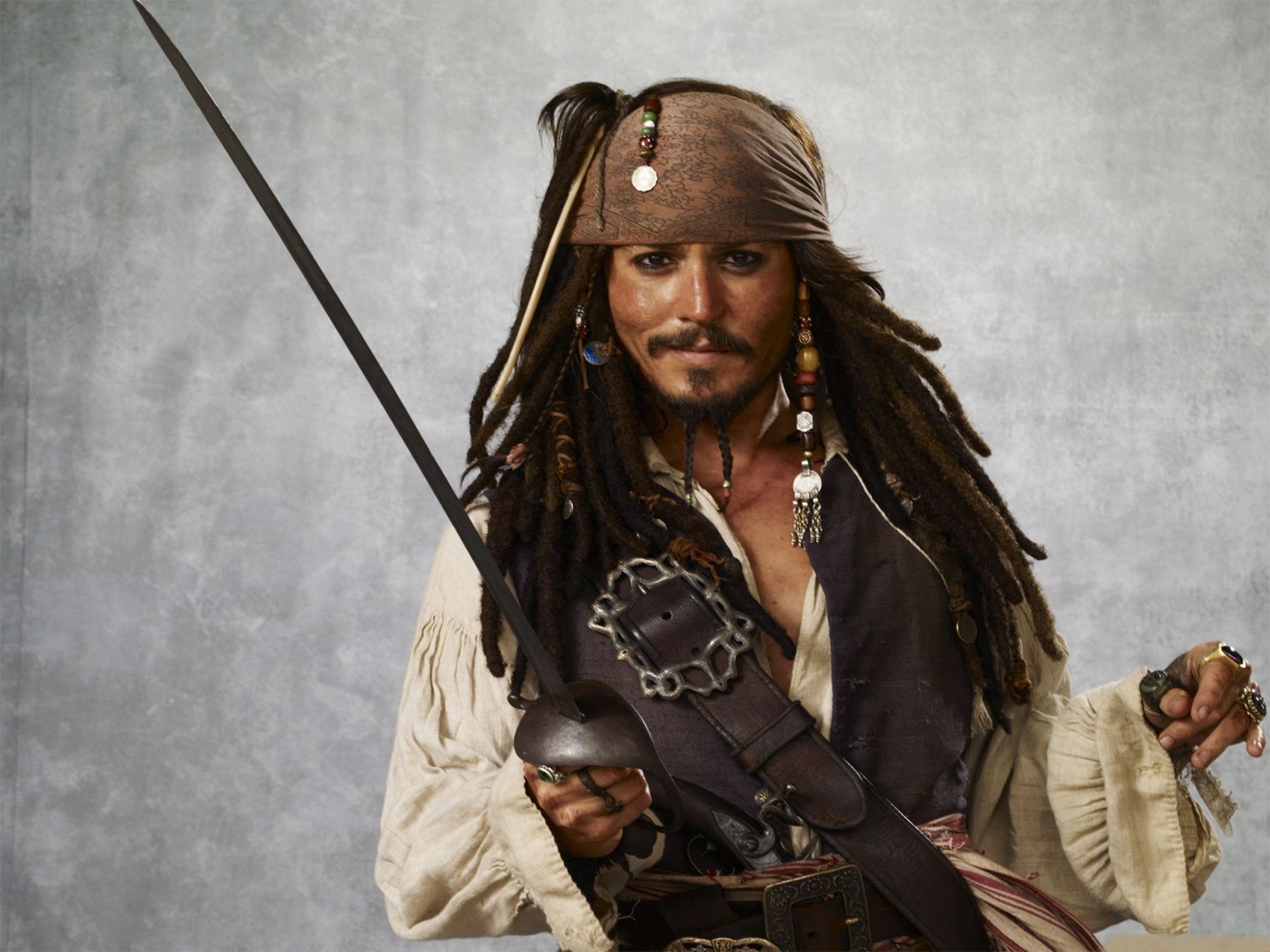 PIRATES OF THE CARIBBEAN: ON STRANGER TIDES. Sometimes, a commercial film comes along that far exceeds one's low expectations. A recent case in point for me was Bridesmaids, a film that turned out to be funny with some fine acting, particularly from Kristen Wiig. I had similar low expectations back in 2003 for Pirates of the Caribbean: The Curse of the Black Pearl but ended up being thoroughly entertained by Johnny Depp, Keira Knightley and the rest of the cast. While the story itself was just a peg upon which to hang a series of improbable adventures and light romance, the actors clearly understood the movie's style and had a good time with it -- the film's manic energy carried the day.

Sadly, the next two films, in what became an industry, failed to match the delight of the first. No. 3, At World's End, in particular, was total nonsense: tedious repetitive action that went on for an eternal 169 minutes.

Now comes No. 4, On Stranger Tides, with some initial promise that the series might renew itself. Penelope Cruz replaces Knightley in the principal female role, the running time has been trimmed and there is a new director in Rob Marshall (Chicago). And, as Depp was quoted in Entertainment Weekly saying, there was a suggestion, "if we were going to do a 4, that more than anything else we owed the audience a fresh start ... ."

Well, I agree wholeheartedly with Depp's sentiments. Unfortunately, he seems to have forgotten to share those thoughts with Disney and the production people. There is indeed a more coherent plot centered on the search for the Fountain of Youth, with several subplots that actually fit with the primary one. But who cares? These films were never about a coherent narrative. As it turns out, the plot here becomes nothing more than a peg on which to hang, as before, repetitive sword fight scenes and tired comic action, all of which does nothing to mask the lack of creative energy.

I had some hope when the seductive but predatory mermaids showed up, but that aspect devolved into one dewy-eyed mermaid named Syrena (Spanish actress Astrid Berges-Frisbey) who falls for bland missionary Philip (Sam Caflin). Oh yeah, the success of the mission depends on her shedding a tear, but mermaids don't cry.

There is one nice scene toward the end on a deserted island with Depp and Cruz. If you're excited about Pirates 5, stick around through the end credits for the sequel setup. I assume the series will continue until Depp tires of the role. I grew tired some time ago. PG-13. 137m. At the Broadway, Mill Creek, the Minor and the Fortuna.

THE HANGOVER PART II. Sequel to the mega-hit has the same director/writer Todd Phillips sending Phil (Bradley Cooper) Alan (Zach Galifianakis) and Doug (Justin Bartha) off to Thailand where Stu (Ed Helms) is getting married. The recycled plot finds them getting mysteriously blotto (again) and waking up in Bangkok, where they must find a missing party companion, Stu's fiancée's little brother, Teddy (Mason Lee, son of Ang Lee). Wild craziness ensues, including the return of Leslie Chow (Ken Jeong). 102m. Rated R for pervasive language, strong sexual content including graphic nudity, drug use and brief violent images. Opening Thursday at the Broadway, Mill Creek, the Minor and the Fortuna.

KUNG FU PANDA 2. Another sequel: Jack Black is back as the voice of the CGI panda Master Po. This time Po and the Furious 5 must save kung fu itself from the evil Lord Shen (Gary Oldman). Dustin Hoffman, Seth Rogen, Jackie Chan, Angelina Jolie and Lucy Liu are among the all-star voice cast. 91m. Rated PG for sequences of martial arts action and mild violence. In 3-D at the Broadway and the Fortuna, in 2-D at Mill Creek. Note: The Broadway just installed a second 3-D projector, so Pirates 4 will be offered in 3-D also.

THE WIZARD OF OZ. Escape the tornadoes and the black-and-white world and take a color-drenched musical journey to Oz with Dorothy (Judy Garland) as she and her traveling companions (Ray Bolger, Jack Haley and Bert Lahr) head off to meet the Wizard (Frank Morgan) while pursued by the Wicked Witch (Margaret Hamilton). Sunday at the Arcata Theatre Lounge.

SCI-FI PINT'N'PIZZA NITE. Twin bill with the original 1960 THE LITTLE SHOP OF HORRORS, a creepy floral comedy from B-movie master Roger Corman with Jonathan Haze as Seymour, a flower shop mad genius who creates a man-eating plant he calls Audrey Junior. "Feed Me!" commands the plant, and he does. Watch for Jack Nicholson as a pain-loving dental patient. The Italian horror flick NIGHTMARE CASTLE is a twisted tale of a cuckolded mad scientist (Paul Muller) who uses the electrified blood of his wife (Barbara Steele) and her lover to rejuvenate his own lover, then marries his wife's sister (Barbara Steele again) to get the family fortune. It does not work out as planned. Ennio Morricone's score adds to the bloody fun. Wednesday at the ATL.

BRIDESMAIDS. A lovelorn maid-of-honor looks to bluff her way through wedding weirdness with hilarious results. Rated R. 125m. At the Broadway, Mill Creek, the Minor and Fortuna.

HANNA. A young girl is trained by her father as the world's greatest assassin and then travels across Europe kicking ass. Rated PG-13. 111m. At the Broadway.

PRIEST. Even in an alternate post-apocalyptic world, humans and vampires can't get along. Oh well. Rated PG-13. 88m. At the Broadway and Mill Creek.

RIO. A domesticated Macaw named Blu believes he is the last of his kind, until he hears there may be another Macaw in Rio de Janeiro. Vacation! Rated G. 99m. At the Broadway and Mill Creek.

SOMETHING BORROWED. Things you shouldn't borrow: Your friend's fiance. Rated PG-13. 113m. At the Broadway.

SOUL SURFER. True story of teen surfer Bethany Hamilton, who lost her arm to a shark. Rated PG. 106m. At the Broadway.

THOR. Powerful but arrogant warrior, whose reckless actions reignite an ancient war, is cast down to Earth to live among humans. Running out of comic books. Rated PG-13. 117m. At the Broadway, Fortuna, Garberville, the Minor and Mill Creek.

WATER FOR ELEPHANTS. Reese Witherspoon and Robert Pattinson fall in love because of their compassion for a special circus elephant. Rated PG-13. 121m. At the Broadway and Mill Creek.