Notes from the Hustings 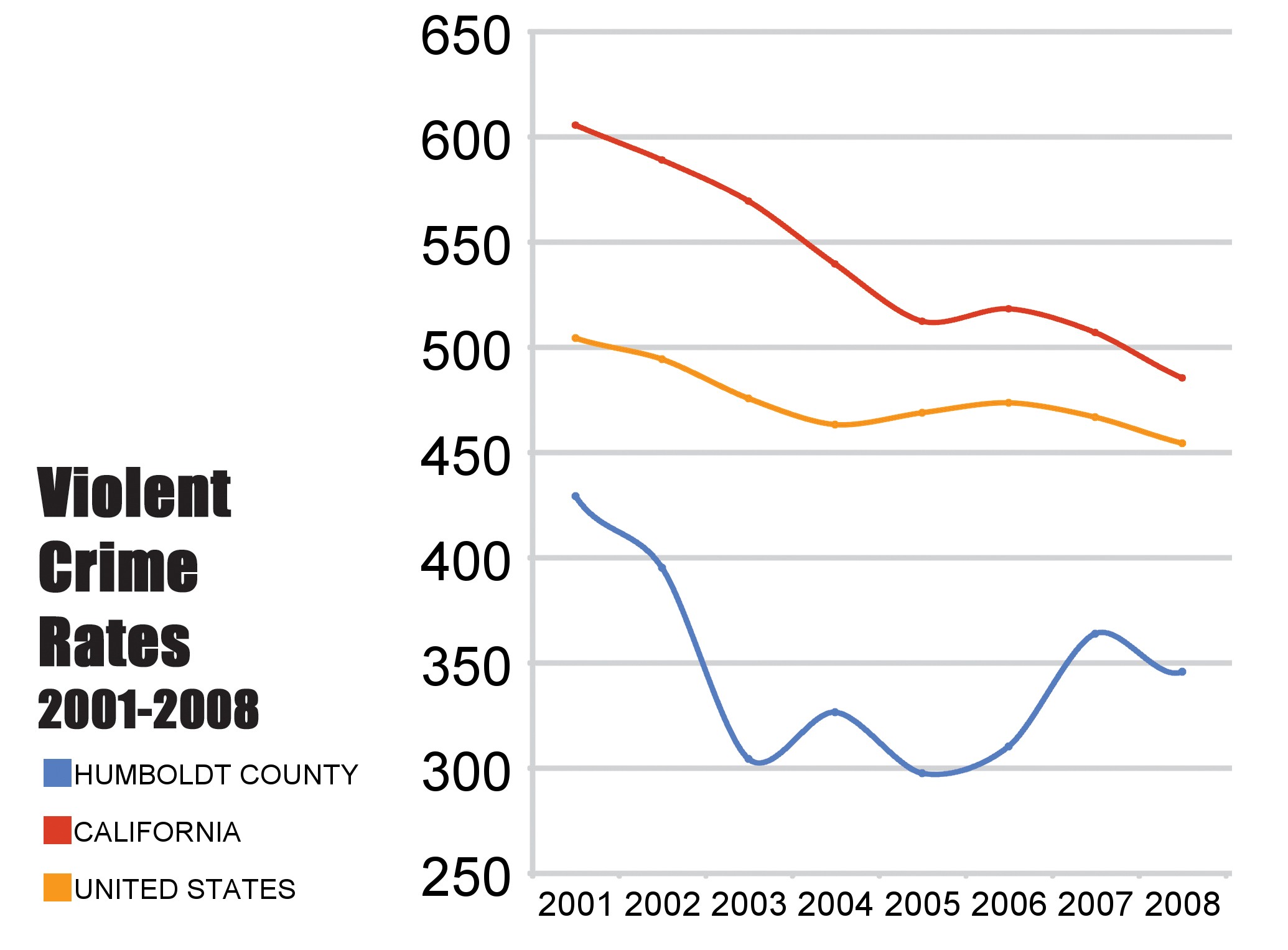 "So, uh, Bonnie, how did you like the -- the, uh, bad press I'm giving you? I will stop at nothing to ruin your campaign. I will stop you. I'm a bulldog. I'm gonna stop your campaign and you're gonna fail."

This message is what greeted campaigners for Bonnie Neely's re-election campaign on April 19. The recording, found on the voice mailbox of Neely's campaign office in Fairhaven, was leaked to the Humboldt Herald blog and subsequently posted last Sunday, causing a flurry of accusations that the young male voice on the recording was Chris Holmquist, a (former) volunteer for Virginia Bass' Fourth District Supe run.

Both the above incident and another, in which a person pulled up to Neely and verbally thrashed her while she was campaigning in Eureka, were forwarded to the Eureka Police Department last Friday.

Capt. Murl Harpham of the EPD said the number tied to the recording was tracked to Loleta, but the number wasn't attached to any specific person.

Since the incident took place in Fairhaven, the case was sent to the Humboldt County Sheriff's Office. Public Information Officer Brenda Godsey said that since no actual crimes were committed in both incidents, there would be no investigation. For that reason, the identity of the person in both cases couldn't be revealed.

But Meghan Vogel, Neely's Press Secretary, said that the April 24 heckler was identified as Holmquist. As for the recording, people recognized the voice and traced number as Holmquist's, but there was no certainty that it was him.

When contacted Monday, Holmquist declined to comment about the recording incident.

This sure was news to Bass, who first learned of the incidents via the blog. And that's what irked her the most. She was concerned that Neely's campaign didn't contact her directly about the incidents so she could investigate what happened, adding that she won't tolerate anyone on her campaign conducting themselves in this manner.

"This could have been taken care of in a professional matter," she said. "Unfortunately, (Neely's campaign) chose to release it on the blogs." After the controversy surfaced, Bass said, Holmquist chose to no longer be a part of the campaign.

"(Holmquist) is not involved in this campaign in any shape or form," she said. "We really don't need people fueling the fire."

The timing between the incident and the police report was also suspect to Bass, who said it appeared "politically motivated."

Advisors in Neely's campaign weren't really sure how to proceed initially, Vogel said, but they ultimately decided to file a police report to have a record of the incident. As for why they didn't contact Bass' campaign about the incidents, Vogel said they didn't want to go there.

"We figured the individual was acting on his own accord," she said.

But then there's the matter of the leak. The only peoplewho had the recording were Neely's campaign and law enforcement officials. Vogel didn't know who leaked the recording to the Herald, but it wasn't the intention of the campaign to publicize the incidents.

"I don't think we wanted to make a stink out of it," she said.

In his trip from debate to debate around Humboldt County this election season, District Attorney Paul Gallegos has taken credit for reducing violent crime during his eight years as the county's chief prosecutor. During the KHUM/North Coast Journal debate last week, Gallegos demonstrated that he takes these numbers very seriously indeed. Both Allison Jackson and Paul Hagen called him on this in different ways. Jackson asserted that the violent crime rate has in fact gone up, not down, during his tenure. Hagen wryly quizzed Gallegos about what exactly he had done to bring the crime rate down.

The central claim here is open for interrogation. Crime tends to wave up and down like housing prices -- the whole nation more or less in sync -- and, as the Washington Post editorialized a few months ago, no one seems to know exactly why. So Gallegos taking credit for a reduction in the violent crime rate is something like an incumbent President taking credit for a boom economy: Most everyone agrees that he might have had some sort of hand in the matter, even if no one can pinpoint exactly what it was. So it's pretty much allowed.

But since the Gallegos campaign has placed this forth as a serious campaign issue, we went ahead and crunched the numbers. The bottom line in the chart shows the per-capita violent crime rate in Humboldt County in each year from 2001 to 2008, the last year for which the state Department of Justice has complete statistics. Gallegos took office at the beginning of 2003. The vertical scale on the chart indicates the number of violent crimes -- homicide, rape, robbery, aggravated assault -- per 100,000 residents for each calendar year. A simple glance shows that Gallegos is correct. The crime rate is lower in 2008 than it was in 2002, the last year of Terry Farmer's regime.

However: The news here is far from unequivocally good. Drill down -- what else does this chart show? If you accept the Gallegos narrative, then in his first year in office the new District Attorney cleaned up the county something fierce. With a new head prosecutor in town, the thugs were on the run: The 2003 violent crime rate was 21.8 percent lower than the year previous.

After that? Not so good. If Gallegos single-handedly brought crooks to bay in 2003, how did he stumble so badly in 2007? Violent crime shot up 18.1 percent in that year, and the next year didn't offer much relief. This is especially egregious when you consider that national and especially state trends continued in the opposite direction.

In other words, if you accept the Gallegos narrative -- again, we are dubious -- the unavoidable question is: What happened to that unstoppable crimebuster who cleaned up the streets in his first year in office? The other 57 district attorneys in the state of California continue to push the crime rate into freefall; ours, contrarily, seems to be slipping. That is, if you're of the opinion that the rate of violent crime is somehow linked to the person prosecuting the criminals.

It was the last big bash before the June primary for Sheriff candidate Mike Downey -- a $25-a-pop tri-tip fiesta with enough meat to feed 400 people. The hall at Redwood Acres was poppin' with live music, a silent auction that included accommodations for a pig hunt, local wine and even volunteers with aprons bearing Downey's name. A large crowd attended the event, including some notables: Fourth District Supe candidate Virginia Bass and District Attorney candidate Allison Jackson, for starters.

Downey made sure to greet each person that arrived, even as he responded to the criticism about rampant overtime expenditures in the Sheriff's Office by his opponent, Mike Hislop. Hislop has said that the Sheriff's Office spent about $1.1 million on overtime last fiscal year, the difference of which had to be made up by pulling surplus funds from other county departments.

"My opponent is looking at one small piece of the budget and not the whole picture," Downey said. "He's misrepresenting the facts."

Downey then proceeded to explain, with bureaucratic efficiency, just why this was the case. While an additional $1.8 million from the general fund was allocated to the Sheriff's Office for fiscal year 2008, Downey said at the end of a fiscal year allocations are made to balance the budget. Though it would appear that the HCSO went over on their budget by that much, the budget numbers don't reflect expected revenues that arrive after the budget cycle ends, such as Prop. 172 funds -- state sales tax revenue that is spent on public safety.

Although Downey doesn't deny there was overtime -- a common occurrence within the department -- what he does have words over is how much money the department went over as a result. After all sources of revenue arrived, the department was over only $279,000, which he attributed to the contract with Securitas to provide courthouse security, something the department manages but ultimately has no control over.

"There were some overtime issues," he said, "but you have to remember we are a 24/7 operation."

The budget operates off of expectations of revenue, which, in this case, didn't materialize as expected in the case of Prop. 172 funds. Unforeseen events, such as search and rescue, lengthy investigations, and vacant positions that need to be filled, somehow all contribute to overtime, and Downey said that the department does the best they can to control overtime. The Board of Supervisors understands this and if it were a serious issue, he said, the Board and County Administrative Office would be the first ones pounding at the Sheriff's door.

Downey also made it clear that the department took a 12.5 percent hit to its budget that year as well, and that this year, at the three-quarter mark, the department is under-budget.

"There's no one standing on the courthouse steps shouting that the Sheriff's Department is out of whack," he said of the budget.