By Shovels and Rope - Shrimp Records 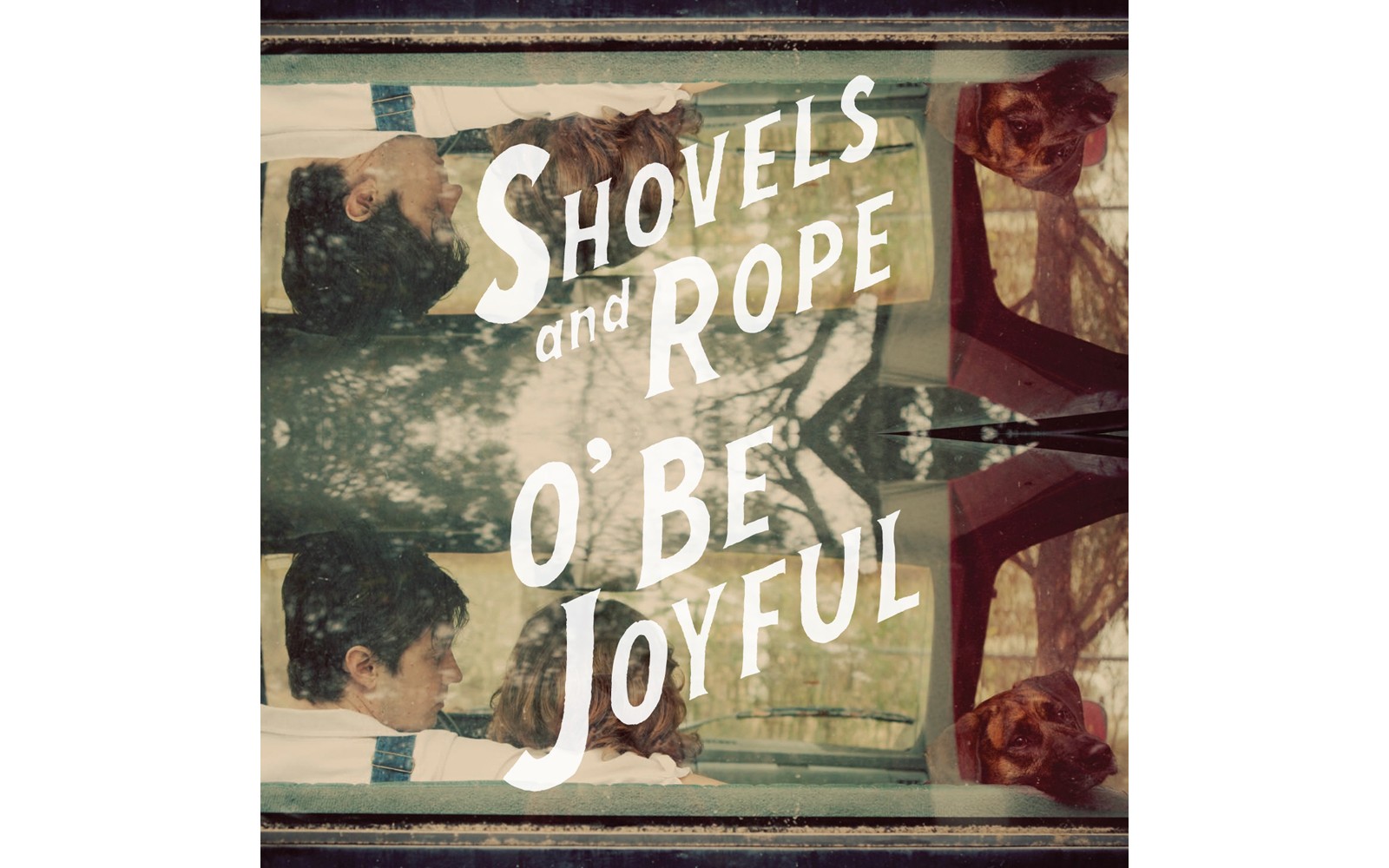 Couplings in music, ones that blur the personal and the artistic, are rarely fortuitous. Just ask Johnny Cash and June Carter or George Jones and Tammy Wynette. Their relationships traveled down many pothole-laden roads and hairpin turns. But though early in their journey, fortuitous just may be the apt term for Charleston, S.C.-based singer-songwriters Cary Ann Hearst and Michael Trent and their union.

Since their first collaborative 2008 recording, Shovels & Rope, Hearst and Trent have been prolific, releasing excellent individual solo records (under their respective names). The now-hitched duo has released its second collaborative recording, O' Be Joyful, under the moniker Shovels and Rope, a name that stuck with them. It's a record filled with an explosive combination of country, folk, rockabilly and garage rock executed with a revival-like delivery.

In contrast to their debut, which leaned toward the atmosphere of Hank Williams Sr.'s slower, darker lost highway, O' Be Joyful lives up to its title. It may be a hand-clappin' and foot-stompin' revival, but it's one meant for a Saturday night. The gospel is the music informed by their respective roots, played with a sincere exuberance and, most importantly, belief. As evidenced in her 2011 solo work, Lions & Lambs, Hearst exhibits a naturally powerful voice that echoes Loretta Lynn, Kitty Wells and Tammy Wynette. Trent comes to table with a sweeter dish, one that comes from the alt. folk-country-pop that initially rose from the Saddle Creek stable -- artists such as Conor Oberst and Rilo Kiley. In "Cavalier," Trent sums up, as if directly addressing his partner, "You are a country singer, and I'm a cavalier." However, this particular chemistry proves to be copacetic. From the revved-up rockers like "Hail Hail" to the hootenanny stomper "Kemba's Got the Cabbage Moth Blues" to the slower, moodier songs like "Lay Low," Hearst and Trent's vocals intertwine, complementing one another as a singular voice.

Serving as the producer, Hearst adds subtle, nice touches to O' Be Joyful building on the foundation of a "live" sound. He cleverly inserts a cheesy organ in place of strings in the gothic "Shank Hill St." And the inclusion of New Orleans-style horns in "Hail Hail" and the sexually tense "Ticking Bomb" enlarges those arrangements, but does so without overwhelming the compositions.
Judging from their summer gig at The Arcata Playhouse (opening for Midtown Dickens), Shovels and Rope are at ease performing their music with a fire-and-spit spirit. And this new recording O' Be Joyful successfully captures that spirit, backed with talent from two gifted songwriters.