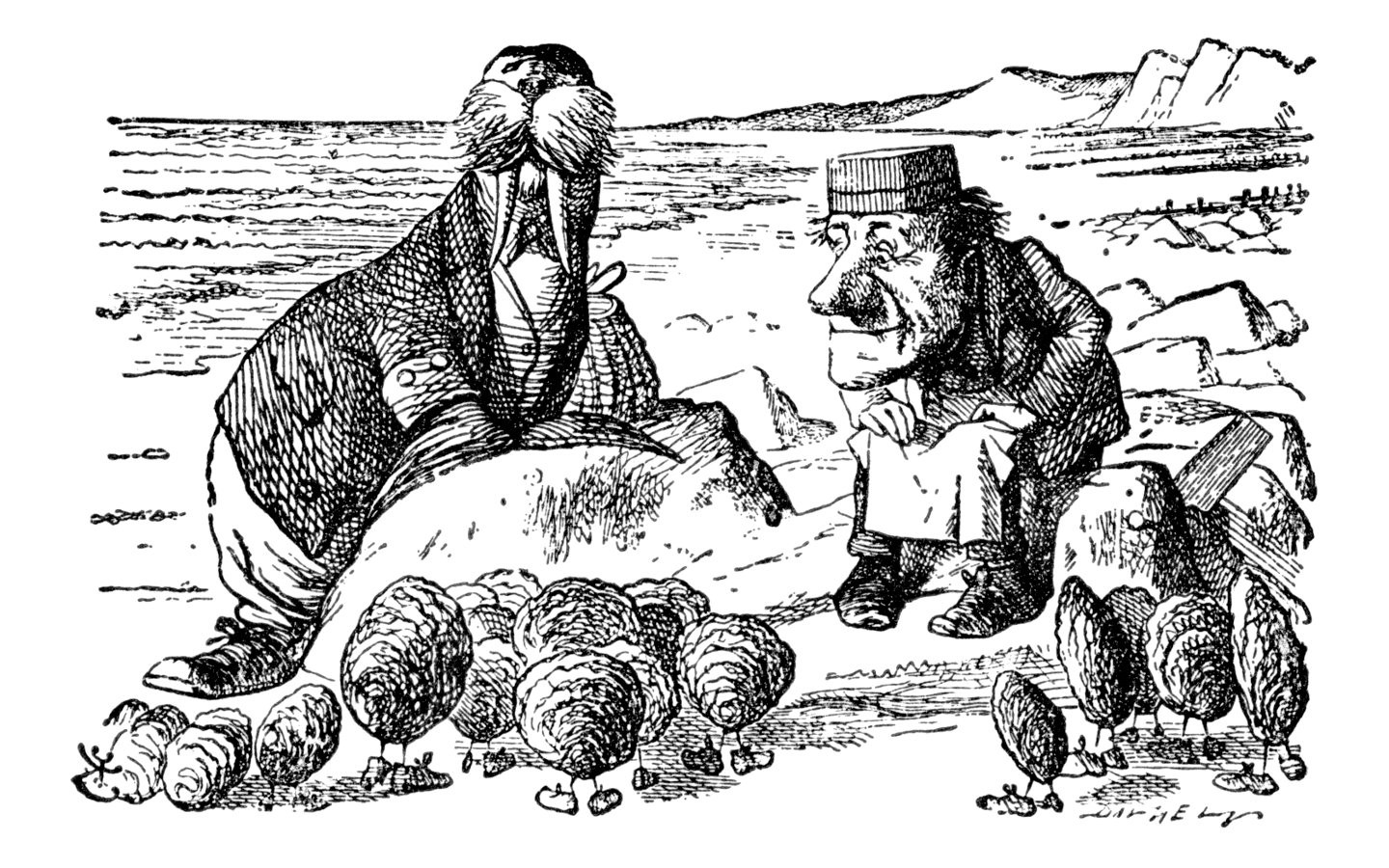 You may recall Lewis Carroll's poetic Through the Looking-Glass tale, "The Walrus and The Carpenter," which finds the tricky pair leading a small flock of oysters on a long walk down the beach before a sad dinner of bread and, yes, oysters.

"I weep for you," the Walrus said: "I deeply sympathize." With sobs and tears he sorted out those of the largest size, holding his pocket-handkerchief before his streaming eyes.

"O Oysters," said the Carpenter, "You've had a pleasant run! Shall we be trotting home again?" But answer came there none -- and this was scarcely odd, because they'd eaten every one.

That's something like the scenario you'll find on the Arcata Plaza Saturday as Arcata Main Street presents its 22nd Annual Oyster Festival, a day filled with food, beer, wine, music and other oystery fun celebrating the shellfish bounty that emanates from Humboldt Bay.

What can one do with an oyster? Simplest is to eat it raw with a squeeze of lemon. (The Walrus and his Carpenter friend favored vinegar.) Of course it can get far more complicated when you're competing for a coveted glass Fire & Light festival championship trophy. A panel of celebrity judges (including yours truly) has the difficult task of tasting raw oyster entries from local culinary establishments on Friday night, cooked on Saturday morning, so that winners can be announced mid-fest at 12:30 p.m.

HBOC owner Todd Van Herpe figures at least 25,000 oysters will be "hand-sorted, tagged and bagged" by his crew this week to supply restaurateur customers along with the HBOC booth at the corner of H and Ninth. And that's just a portion of the bivalve bounty feeding an expected crowd of 18,000.

Incidentally, when you're done eating your oyster, take care to deposit the shell in the specially marked recycling bin. Greenway Partners is helping work toward making O-Fest a zero waste event, working with Mad River Hatchery to use the shells. The hatchery folks will cure them in the sun for a year, then use them to help filter water and provide a surface for the nitrifying beneficial bacteria required in salmon rearing.

You say you don't care for oysters? Other options range from hot dogs, hamburgers and chicken wings to Mexican, African or Cambodian fare, even Rocky Mountain oysters served up by the Humboldt Cattlewomen.

When you're not busy consuming mass quantities yourself, check out the KWPT "The Point" FM "Shuck & Swallow" competition, a speed challenge with teams of two opening and eating mass quantities of oysters as quickly as possible. Last year shucker Aiden Semingson and swallower Conor Eckholm consumed four dozen in 3 minutes and 37 seconds, holding onto the title and the accompanying gold Shuck & Swallow belt for the fifth year running. Challengers this time include Blue Lake's "Bad Mother Shuckers," "Selfish Shellfish," "Champ Chompers," and a literate team known as "The Walrus and The Carpenter." (Apparently the 7-O-Heaven Team opted to retire after last year's calamitous experience.) The action begins at around 10:30 a.m. -- and it's over quickly.

You also have venerable TV newsman Dave Silverbrand emceeing the annual Oyster Calling Contest starting at 3 p.m. Note: Since oysters have no ears, participants have great leeway on how to call them.

The musical soundtrack for all this comes from some of Humboldt's finest: DJ Stir Fry Willie, straight outta Fortuna, kicks things off at 10 a.m. Berel Alexander sings sweetly at 11 a.m. Alt. Americana masters The Trouble take over at 1 p.m., and finally you have homegrown reggae by Jah Sun and company closing things out from 3:30- 5:30 p.m.

If that not enough oysters for you, there's also the official Oyster Festival Ball pre-party Friday night starting at 7 p.m. at Blue Lake Casino's Sapphire Palace. The casino's sushi chef William and his team are preparing sushi, seafood-centric appetizers and oysters, and there's live music, free blackjack lessons, a silent auction and more with proceeds going to help support Humboldt Baykeeper. Tickets are $15. Call 668-9770 ext. 3281 to get them in advance.