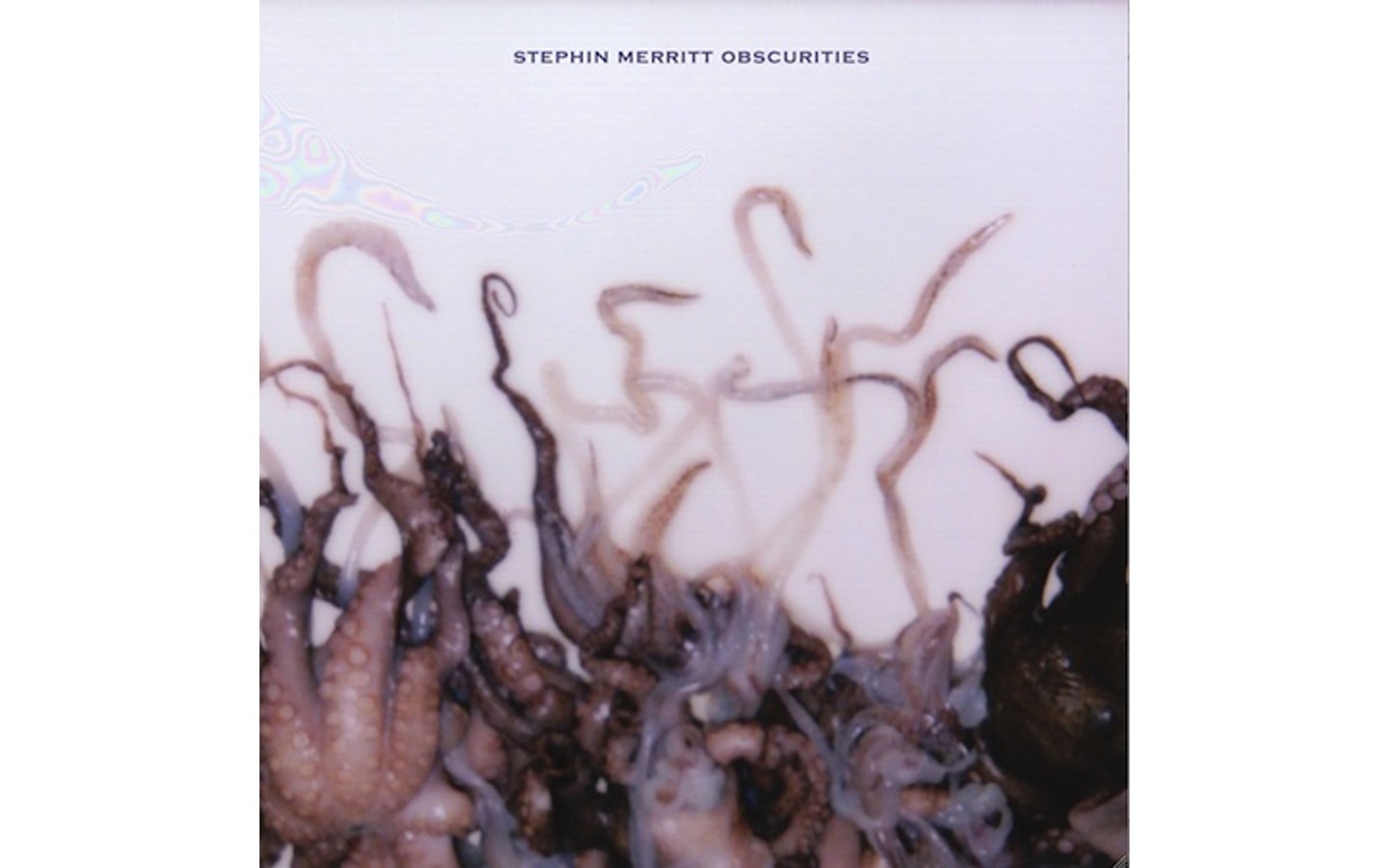 Best known as the leader of The Magnetic Fields, eccentric singer/songwriter Stephin Merritt has also written Chinese operas, musicals and film scores. For Obscurities, a terrific collection of rarities and previously unreleased material, Merritt looks back and cherry picks a number of obscure gems -- not without a price. "It was agony to put together," Merritt said in a recent interview with Cowbell magazine. "I like listening to the final product, but it took a lot of suffering to get there."

Fortunately, Obscurities serves the needs of both the avid Merritt fan and the casual listener by providing an excellent overview of Merritt's discography, including pre-Magnetic Fields work and material from The Song From Venus, an unfinished sci-fi musical project (with Daniel Handler, a.k.a. Lemony Snicket). The psychedelic ukulele-led love song "Forever and a Day" and the bubbly, space-age title track, "The Song From Venus," are both unusually-arranged tender ballads.

Merritt includes two early songs delivered by vocalists who figured in early incarnations of The Magnetic Fields, Shirley Simms and Susan Anway. "Paint the White Roses," sung by Simms (who sings on Magnetic Fields' 69 Love Songs), is a lovely piece of country-folk pop, while Anway's track, "Take Ecstasy With Me," is an upbeat pop gem, laced with Merritt's acerbic humor. They also illustrate how good a songwriter Merritt is, and that raises the question: Why haven't more artists recorded his songs?

A majority of the songs on Obscurities are led by synthesizers rather than guitar. Merritt's eclectic use of synths ranges from the bubblegum of "I Don't Believe You" to the ‘60s girl group melody of "Yet Another Girl" and the Gary Numan-influenced dance number, "Scream (‘Till You Make the Scene)." The experimental "When I'm Not Looking You're Not There" is a deconstructed arrangement that sounds fragmented yet is precisely constructed; it's like an early blueprint for someone like Merrill Garbus of tUnE-yArDs.

A proper sampling of Merritt's songbook would not be complete without a straight-out bitterly sarcastic song, such as "When You're Young And In Love." "You can teeter on the edge of a precipice, over an infinitely deep abyss, and somehow not even notice this," Merrit sings, "when you're young and in love."

Merritt is a unique craftsman who balances the deeply sincere with the sharply skeptical. He's also a songwriter who confidently explores numerous musical styles, including the oddball "You Are Not My Mother and I Want to go Home," which originally appeared in the audio book version of Neil Gaiman's film, Coraline, for which Merritt composed the soundtrack. Obscurities reaches beyond merely supplying an overview of Merritt's work. It also displays how influential and timeless his compositions are.