Occam’s Razor and the Face on Mars 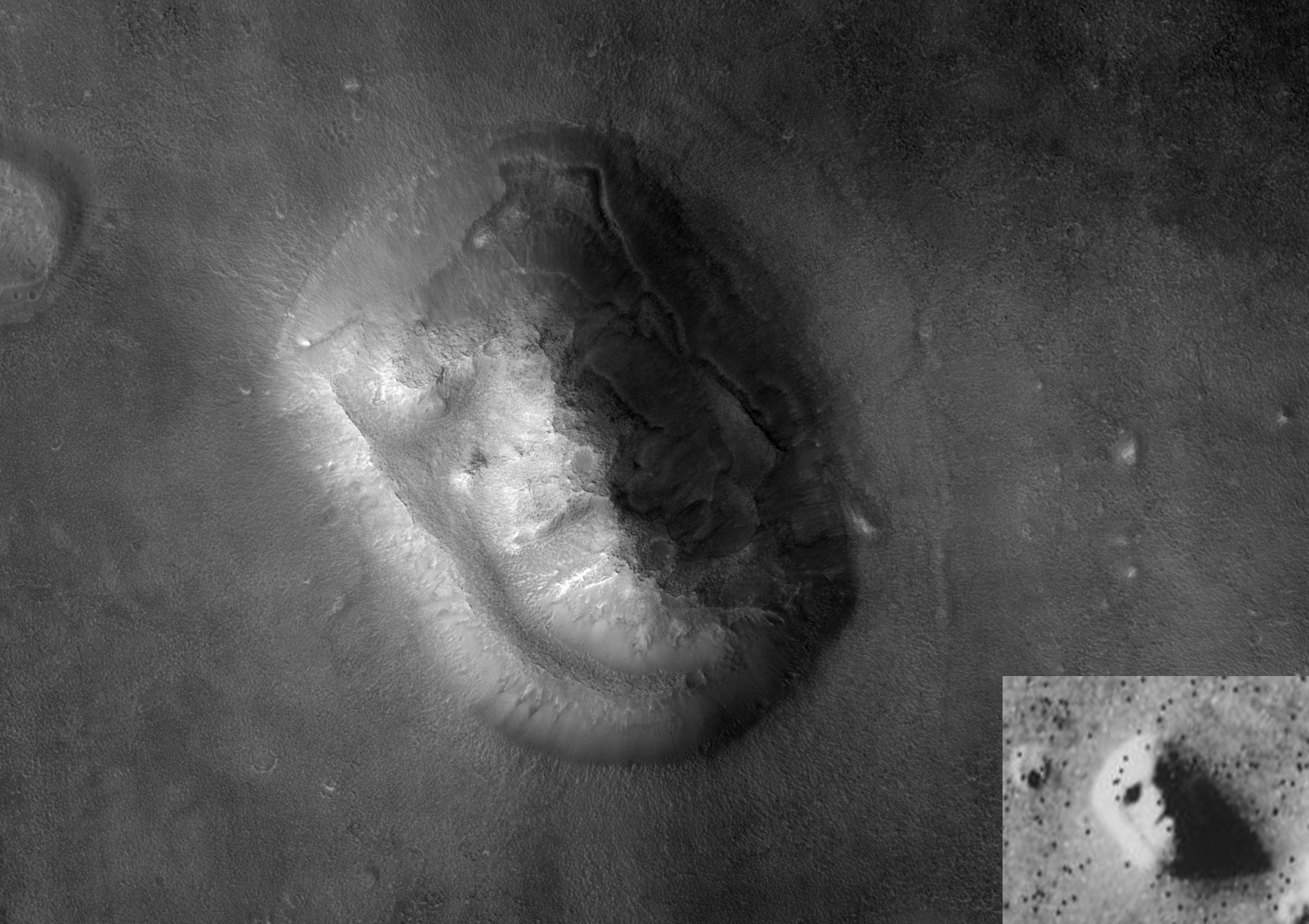 The story goes that the greatest philosopher of his day, William of Occam (1285-1349) invented the Law of Parsimony, which has come down to us as the principle of "Occam's Razor." Roughly put, it says that when you're trying to explain anything, you should "shave away" unnecessary premises, making no more assumptions than are strictly needed. Although credited to this Franciscan friar, the principle had already been around for centuries before Occam. For instance, the second century Egyptian mathematician Ptolemy wrote, "We consider it a good principle to explain phenomena by the simplest hypotheses possible."

Still, today, Occam's Razor it is. So in practice, if I told you that sometimes when I let go of a ball it went up, not down, the principle might suggest to you that natural laws were involved -- perhaps the ball was attached to an elastic string, or I was underwater, or I was lying -- rather than bringing in some additional assumption (involving, perhaps, an antigravity device).

Keeping with our recent Martian theme, to celebrate the start of Curiosity's mission in Gale Crater, let's look at how Occam's Razor might approach the notorious "Face on Mars." How did it get there? Who carved it? Is it evidence of a now defunct civilization on the Red Planet? When the two Viking landers touched down on the surface of Mars in the summer of 1976, they left their parent spacecraft orbiting the planet. In addition to functioning as relay stations for the landers' signals, the orbiters mapped the surface of Mars in some detail. One photograph, taken over a region known as Cydonia, shows a mile-wide sphinx-like face. It's pretty crude, which is not surprising, considering the resolution of the Viking photos was only about 300 feet. The left side of the face is in shadow, but the right eye socket, mouth and chin are quite discernible. A slightly flattened nose with a nostril right where it should be completes the picture. If that isn't an ancient relic of a giant human face on the surface of Mars, then what is it?

Occam's Razor might prompt us to surmise that it might be a natural geological formation. And indeed, later photographs have confirmed that it's a wind-eroded hill, similar to many other wind-eroded hills in Cydonia, only sculpted a little differently in a way that suggests a face. We humans are pattern seekers. We're good at finding meaning in random shapes. We've all seen animals in the clouds, castles in glowing coals, and a man (or rabbit, if you happen to be from Japan) in the moon. Given the vast and varied terrain photographed by the Viking orbiters, it would have been surprising if evocative patterns hadn't been found. Oh yes, and that dot, exactly where you'd expect to find a right nostril? It's a transmission error caused by telemetry noise. You can find many more of them in the same photo. Natural feature or alien-made sculpture? Wind-eroded hill or huge face carved by ancient Martians? I don't think William of Occam would have had a problem with this one. How about you?