Where are the signs demanding ubiquitous and reliable high-speed Internet access? 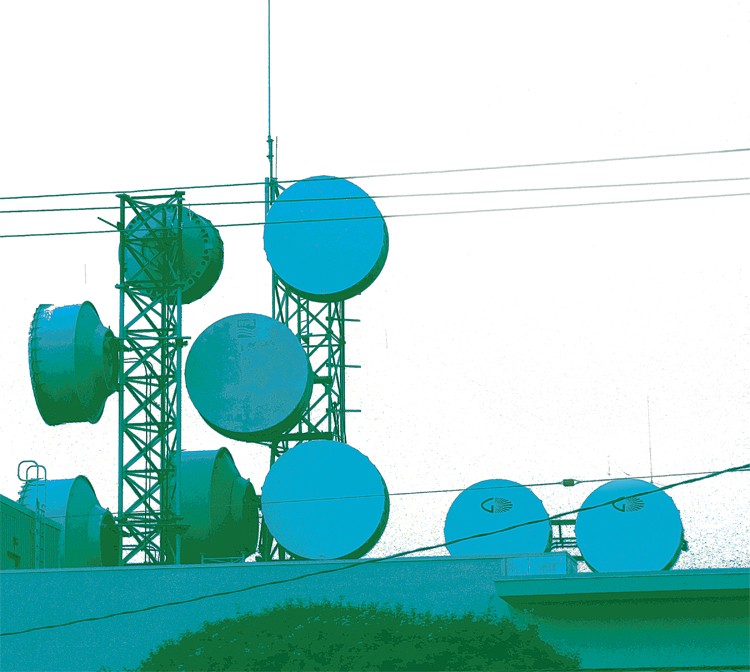 For nearly eight months after a $14 million new fiber optic line was completed to happy sighs of "whew, redundancy," thousands of Humboldt residents and many local businesses didn't have broadband redundancy. And they may not have known it.

AT&T, considered one of the larger service providers here, didn't sign onto the new line until last week. John Britton, a spokesman for AT&T, said the long delay was needed for testing to ensure that the line was "100 percent reliable."

Of the dozen or more Internet service providers in the county, the Journal could find only three that are leasing space on the new east-west line installed by San Francisco-based IP Networks -- Suddenlink, Redway-based 101Netlink and now, AT&T.

Local customers who buy Internet from any company besides these three -- or from a handful of smaller companies that resell their services -- remain vulnerable to the kind of outages that severed Humboldt's Internet umbilical cord for hours in 2006 and 2007. While AT&T, Suddenlink and 101Netlink are relatively large, none would reveal exactly how many customers they serve in Humboldt County. Representatives said that is competitive information.

Why aren't other Internet providers hopping on board? Primarily cost -- nobody gets on that east-west line for free. According to Tom Camozzi, owner of Arcata-based Renaissance Internet, local wire-line Internet providers simply can't afford to lease space on a redundant line unless they partner with a "facilities-based" provider -- that is, one that owns its own transmissions lines like AT&T. Renaissance resells AT&T's DSL service, and so its customers, like AT&T's, just got redundancy last week.

There's plenty of space on the new line for more companies to sign on. Mary-Lou Smulders, vice president of strategies at IP Networks, said pairs of fiber optic lines remain available for long-term lease. "We could lease those for a very inexpensive [price], and that would be revenue for us," Smulders said. "But we have chosen not to do that. We respect the fact that our anchor tenants paid not a cheap price." Any new tenants will be charged the same amount, she explained.

As compensation for using Pacific Gas and Electric Co.'s right-of-way along Highway 36, the utility company has been given rights to a dozen of the 36 pairs of fiber optic cables in IP Networks' line. A PG&E spokesperson said the company hasn't decided whether it will use those lines for its own services or lease them out to other companies.

The spotty migration to broadband redundancy illustrates a divide that empowers the "haves" while disenfranchising the "have-nots" just as much as America's widening income gap. It is the broadband connectivity divide.

Fast, affordable and reliable Internet access is now a prerequisite for engaging in the modern marketplace, whether you're paying your bills online, processing credit card payments at your business or lying in a hospital bed, waiting for medical data to be shot through cyberspace.

Once the global leader in broadband connectivity, the United States has fallen way behind other countries. According to the nonprofit Organization for Economic Cooperation and Development, we now rank 14th in the world when it comes to broadband market penetration, 20th in average download speed and 29th in price per megabits per second, putting us behind the likes of Turkey, Estonia and the Slovak Republic. (We did beat the Slovaks in women's skeet shooting at the London Olympics. So there's that.)

Rural areas like Humboldt County are typically the worst off. Local efforts to improve connectivity, which are remarkably robust for such a remote region, have long been focused on getting a second broadband fiber connection to the county. Previous outages to the region's lone communications umbilical cord -- a north-south line owned by AT&T -- proved debilitating to area businesses, government agencies and hospitals. A second line was needed to provide redundancy so that if one gets severed by a falling tree branch or errant backhoe blade, information will automatically be rerouted through the other line.

The good news is that we now have that second line (see "Life in the Glass Lane"); The bad news? Even where it's available, not everyone is rushing to jump on.

And there's more bad news: Large portions of the county don't have access to even a single source of high-speed broadband.

"We've got a long way to go," said Connie Stewart, executive director of the California Center for Rural Policy. "I'm encouraged by the progress we're making, but man, we have got to get [broadband] across 299 and up 96 and up 101 [to Crescent City]."

While no one has formally christened an "Occupy Broadband" movement, organized efforts are under way to expand service to un- and underserved areas of the region. Stewart's rural policy group has secured grant funding and is currently working with Trinity County officials to build a connection across Highway 299. Terry Supahan, a local Native American consultant, is working with local tribes and the Willow Creek Community Services District on a fiber connection along state Route 96. And Del Norte County's Tri-Agency Economic Development Authority is pursuing a connection between Eureka and Crescent City along Highway 101. Meanwhile, the Yurok tribe is building a wireless network from Klamath to Weitchpec. Like a system of roots, each new route will add structural integrity to the county's information network.

The tallest hurdle for these types of projects is funding, but the state, of all places, is offering help. The California Public Utilities Commission recently expanded the same grant program that covered 40 percent of the cost of IP Networks' project. The commission is now accepting applications for grants to cover up to 60 percent of the cost for projects connecting underserved areas and up to 70 percent for projects connecting un-served regions.

Many consider such government assistance overdue and blame policymakers for allowing the U.S. to fall behind much of the world. Calling the country's broadband policies over the past decade an "abject failure," a recent story on slate.com blamed President Obama's Federal Communications Commission for handing out subsidies to "the same big companies that have largely failed to invest in the networks we need." What's worse is that two of the nation's largest service providers -- AT&T and Verizon -- turned those subsidies down, choosing instead to focus on wireless service, which is reportedly cheaper to deploy and maintain but often slower for consumers.

Unwilling to wait for the beneficence of mega-corporations, communities across the country have taken matters into their own hands by establishing locally owned and community-based networks. That's exactly the approach endorsed locally by Sean McLaughlin, executive director of Access Humboldt. He said the most promising developments in the county are being made by local companies like 101Netlink and Tsunami Wireless, which resells 101Netlink's service. By establishing networks that are locally owned and operated, McLaughlin said, we'll ensure that a customer in Big Lagoon can still talk to his or her service provider in Eureka, even if a main trunk line has been severed.

Taking it a step further, McLaughlin said each person should take the initiative when it comes to redundancy. "Individuals can be pretty smart and creative about getting themselves connected if they need to," he said. "I've got a cell phone with a data plan. If my wire goes out, I'm looking up stuff on the Internet on my cell phone." By the same token, local businesses that rely on the Internet can establish their own backup systems, though that option isn't financially feasible for everyone. After the outages in 2006 and 2007, St. Joseph Health System paid $25,000 to install redundant servers, storage and communication devices in Eureka, according to a report from Redwood Coast Rural Action. Buying service from AT&T, Suddenlink or 101Netlink now provides a much cheaper alternative.

Though progress has been slow and, many argue, overdue, remote corners of the county are finally getting high-speed connections. Seth Johannesen, owner of 101Netlink, said last week that his company had just installed broadband at the Dinsmore Store, on Highway 36 near the Trinity County line. "Up until then they had dial-up," he said. And the Yurok tribe is currently signing up broadband customers in Weitchpec, "a place that barely had phone service before," McLaughlin said.

The last two major outages happened to occur on non-school days. Most of the schools in the county, including elementary and high schools, Humboldt State University and College of the Redwoods, get Internet access through AT&T.

Gabor Sziladi, the director of information technology for the Humboldt County Office of Education, said that high-speed connectivity has only become more important since the outages five years ago. "As the state moves toward online curriculum and assessments," he said, "we're definitely going to want to see better connectivity to the schools for our children so they can compete with every other child in the world."

Local grown-ups and their businesses don't want to fall behind, either.