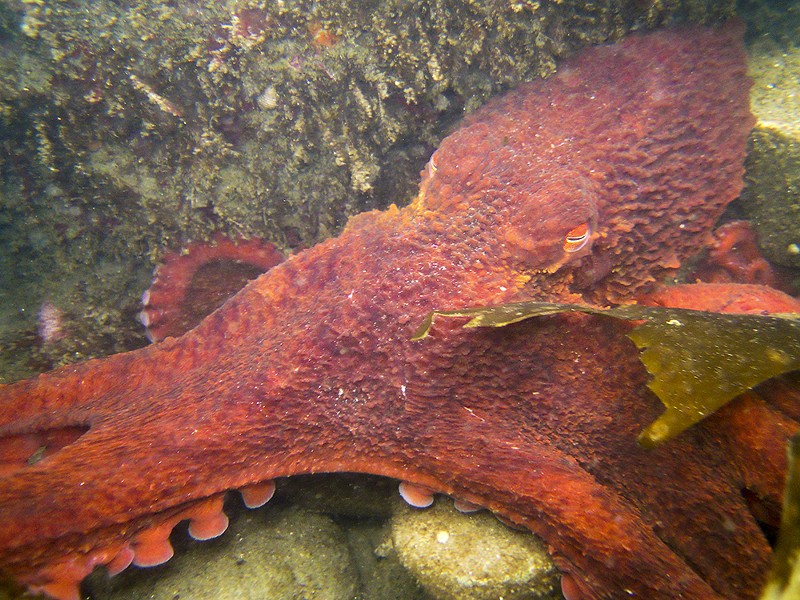 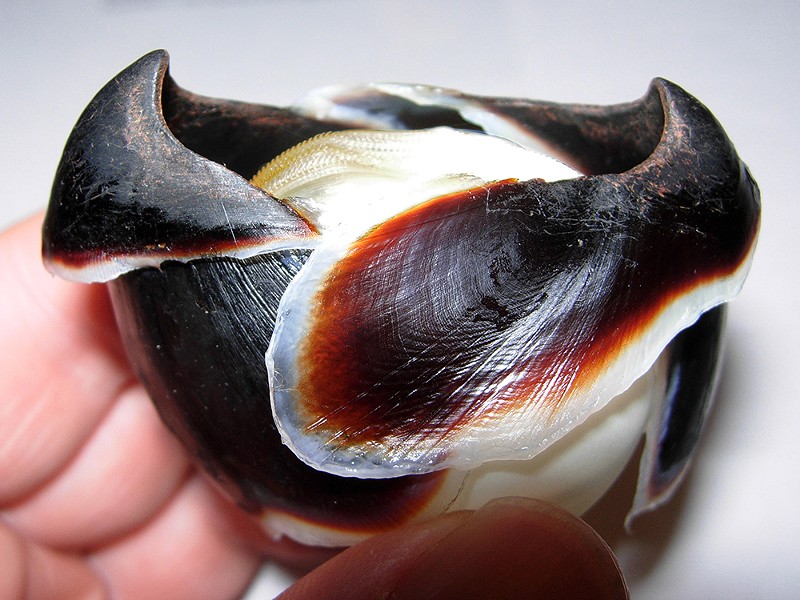 "Mommy, Mommy! Look what I found!"

"But Mommy, this is a giant Pacific octopus! She died a natural death after giving everything she had to hatch her little babies!"

I would go away but I can't afford to take my little sister with me because she got addicted to nicotine. She's always chewing on Mommy's cigarettes and, I mean, she's only 18 months old and she's already vaping.

Anyway, I was out scrounging on the beach looking for something to eat for dinner besides secondhand smoke when I made my big score. It was still fresh looking and not too smelly, so I loaded it into my wagon and headed for the kitchen.

Compared to mine, the giant Pacific octopus (Enteroctopus dofleini) is a selfless mommy. She guards her eggs — grooming and aerating the strings of thousands of cute little pods with her arms and siphon — until she literally starves to death. If my mommy had eight arms and a siphon, she would just smoke more cigarettes.

A large female giant Pacific can weigh hundreds of pounds and stretch 10 yards from tip to tip. But large as they are, they may be difficult to see because they can change colors almost instantly using specialized skin cells called chromatophores. My mommy also changes colors but it takes a while for her to drink enough.

The daddy octopus is like my daddy — smart and elsewhere. After the daddy octopus inserts his packet of sperm (a spermatophore) into her oviduct using his specialized fifth arm, he bails. The mommy octopus might hold on to the spermatophore for weeks and another male octopus may even remove the first spermatophore to replace it with his own. She may end up laying eggs fertilized by more than one male. Like me, a baby octopus would have a difficult time figuring out who its daddy is.

One reason the daddy octopus leaves is he may get eaten after sex. I don't think my mommy ate my daddy, though. She's too lazy for cannibalism. But she might resort to cannibalism if they made microwavable dinners.

After the eggs hatch and the tiny octopus babies head off to probably get eaten, the mommy dies and also probably gets eaten. She'll be about 4 years old when she dies. Many may die at around the same time. In fact, once at Patrick's Point I found three worn out mommies washed up together just like after Mommy's parties.

A full-grown adult giant Pacific has a beak the size of the biggest parrot beak you've ever seen. The beak can crush a crab's shell, after which a rasping tongue called a radula licks out the soft parts. The beak and radula also preserve as nice souvenirs if you collect stuff like that. I made Mommy beak and radula earrings for Christmas last year, and she said, "JFC!"

While I was sharing those interesting octopus facts with you, I managed to pickle and jar my octopus. I also infused a gallon of chocolate milk with mommy's cigarette butts so I can slowly wean my sister from nicotine while we go live on the beach. When I told Mommy we were leaving, she said, "DLTFDHYOTW ..." But she broke into a coughing fit, so I can't figure out what she was trying to say.

Thanks for listening and if you see us at the beach, maybe give us a couple of bucks. But don't let my sister bum a smoke.