What California's audit of a skilled nursing giant might find 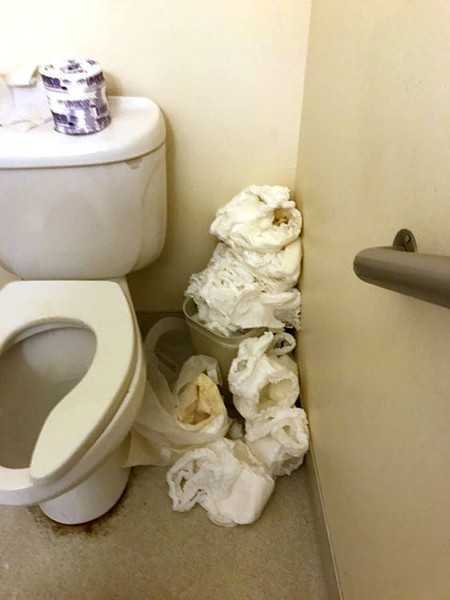 Photo by Suzi Fregeau A scene at a local nursing facility.

"We're understaffed almost every single day. Sometimes we don't have enough soap or towels," said Maria Martinez at a recent hearing before California's Joint Legislative Audit Committee. Martinez, a certified nursing assistant employed at a Marin County skilled nursing facility for 27 years, was describing a decline in care after the facility was bought by Brius, the same company that purchased five Humboldt County skilled nursing facilities in 2011. Martinez described having to dry patients with paper towels due to a lack of supplies and not being able to provide proper care to residents.

"They're getting reimbursements from MediCal, from MediCare, and not paying enough for our patients' care," she said. "They're making themselves richer. Somebody needs to do something about it."

Martinez's testimony came in support of a June 28 request by North Coast state legislators Sen. Mike McGuire and Assemblymember Jim Wood that the state audit how the California Department of Public Health, Department of Health Services and Office of Statewide Health Planning and Development oversee companies such as Brius. Specifically, the letter to the audit committee requests that it examine the scope and role of related party transactions in companies like Brius. Related party transactions are business deals between entities that share a common owner or special business relationship. In 2016, a Journal investigation revealed that, in 2015, Humboldt County skilled nursing facilities owned by Brius shunted roughly $4.6 million back into a management company, medical supply company and lease-holder all associated with Brius' owner, Shlomo Rechnitz, effectively turning the $4.6 million in expenses into revenue for Rechnitz's other companies.

McGuire referenced the deaths of two Humboldt County patients — one allegedly from a neglected pressure sore and another from lack of oxygen after allegedly being abandoned in a hotel room — as evidence that public funds are not translating to proper patient care in Humboldt facilities. (The deaths of these two men are part of a lawsuit being brought by Janssen Malloy, LLC this fall. See "Blind, Sick, Alone," May 4.)

"Quality care has not always been part of their mission," McGuire said at the hearing, a note of anger in his voice. "We must protect patients, especially those who are receiving state funds."

McGuire referred back to the 2016 standoff between Brius and Partnership HealthPlan of California, saying that Brius had "used patients as pawns" and leveraged its monopoly on local skilled nursing beds to demand higher reimbursements from the MediCal provider.

The audit will look at the state agencies responsible for monitoring skilled nursing facilities and examine whether related party transactions are legal and transparent, as well as whether there is adequate oversight of the quality of care facilities provide and whether taxpayer dollars are translating into proper patient care.

"Obviously, some of the challenges we've faced — the talk of nursing home closures — piqued our interest," Wood told the Journal in a phone interview last week. "We raised concerns about the amount of money Brius raises from the state and federal government, and found it important."

What does Brius, which owns one in 14 skilled nursing beds in the state of California and has been blocked by the state from purchasing additional facilities due to a record of poor patient care, think of the audit? We reached out to the company's spokesperson, Stefan Friedman, for a statement but got no reply by deadline. But Brius' attorney Mark Johnson had a succinct message when speaking before the audit committee: Bring it on.

"We actually support the audit request," Johnson said. "We are relieved this issue will be analyzed by an objective, professional, auditing entity instead of the continued dissemination of false assumption and reckless positions by some media and special interest groups."

Johnson said the audit request was "inappropriately targeted" and "largely derived from media reports and others that lack a healthcare auditing or regulatory background."

The related party transactions, he insisted, are legal and "in many cases, result in lower cost." They did not, he said, lead to an increase in MediCal rates. This last statement appears to be a bit of verbal misdirection, as it doesn't appear Wood or McGuire have suggested that is the case, but rather that patients may not be seeing the full value of the MediCal dollars spent on their care.

The audit, which will look at financial data for nursing homes over the last three years, should take an estimated 3,540 hours to complete and does not have a target completion date yet, according to the legislators.

OSHPD only recently released its cost reports for 2015-2016 fiscal year, the same reports from which the Journal previously drew research suggesting Brius may be pulling a financial sleight of hand in December of last year. This latest set of reports, admittedly analyzed by the Journal without a "healthcare auditing or regulatory background," does reveal several obvious truths about the five (now four) Humboldt facilities owned and operated by Brius.

First, MediCal payments continue to make up a large portion of the facilities' revenue, totaling around $31.5 million in the 2015-2016 fiscal year, according to the facility revenue information section of these reports. The claim by Brius of an "unsustainable" $5 million loss due to paying temporary "fly in" medical staff is almost supported by the numbers: That line item comes in at $3.8 million. Although permanent staff salaries rose between 2015 and 2016, the turnover rates for staff at local facilities continues to be pretty dismal. Eureka Rehabilitation and Wellness lost 77 percent of its staff in 2015, this number dropped to 46 percent the next year. Average salaries in the facilities give a good indication as to why they might be hemorrhaging staff in an already competitive labor market. While the average pay for a registered nurse in California is $45 an hour, the average hourly wage for permanent RNs at Humboldt facilities topped out at $35.57 in 2016.

According to advocates, fly-in staff have stopped flying in. Suzi Fregeau, director of the long-term care omsbudsman's office, received a call last week from a nursing assistant who arrived for the morning shift to find herself alone to care for 46 patients. Many of the direct care staff, Fregeau says, are dedicated and caring, but leave their positions for better money and a more reasonable patient load. Fregeau recently blew the whistle on a Humboldt facility where she found a stack of soiled diapers next to a toilet, evidence of a staff too overburdened to provide proper care.

In 2016, Rechnitz, who holds the lease on his Humboldt facilities, leased them back to his businesses for a total of $3.3 million, also drawing $182,474 in interest from the real estate. When Brius purchased the Humboldt facilities, he raised the rents between 84 to 360 percent. Adding in the money paid to an administrative service company associated with Rechnitz and the money paid to his own medical supply company, TwinMed, the total amount of related party transactions in 2016 comes to roughly $4.1 million. The state audit will examine this lease lease-back system and also determine whether OSHPD documents give an accurate picture of the financial interests tangled in our current skilled nursing system.

"If you look at the amount of money they're bringing in there's no way they shouldn't be top notch facilities, except he's skimming off the top," says Fregeau, referring to the billionaire Rechnitz, who recently cited the financial hardship of traveling to the area as a reason to move his upcoming trial on charges of elder abuse in Humboldt County. "Maybe he should stay at his facilities when he visits."

Editor's Note: This article has been corrected to reflect that Martinez works in a Marin County skilled nursing facility, not in Southern California as originally stated. The Journal regrets the error.