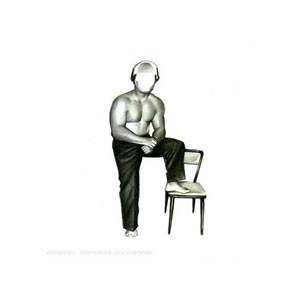 I attribute this to the same reason why, while in college during the early 1980s, I could clear a room by simply putting Captain Beefheart's Doc at the Radar Station on the turntable. It caused an instant negative reaction with most folks, but it also attracted a few ears, with keen intent. In other words, the few that did like the tight choppy guitars propelling the rhythm laying the jagged groundwork for Don Van Vliet's off-kilter Howlin' Wolf vocals, and other eccentric sound textures, liked it intensely.

It's appropriate to make such comparisons to Deerhoof. Beefheart's influence on their music is fairly obvious. But there's also Deerhoof's devotion: They ain't gonna compromise their music to gain a larger audience, even though they've toured extensively over the past few years, opening for bands such as Radiohead, Wilco and the Flaming Lips. They share Beefheart's integrity.

Deerhoof's new release, Offend Maggie, won't change anyone's mind about the band. It's a consistent sampling of the Deerhoof mind -- an eccentric batch of songs, some with the pummeling attack of guitars and drums, some with the latter-day Beefheart deliveries, some strangely delicate and melodic, while others you can (sort of) dance to. The execution is tight, with core members, the aforementioned Matsuzaki, guitarist John Dieterich and drummer Greg Saunier, aptly joined by newcomer guitarist and instrumentalist Ed Rodriguez.

Songs such as "Buck and Judy" and "Fresh Born" both have that familiar Deerhoof arc and crescendo, much like "Scream Team" from the excellent 2005 release Runners Four, a record that successfully combined more "traditional" elements (such as pop melodies) with avant-garde edges and raw power guitar riffs. However, the title track, "Offend Maggie" is different for the band in its approach. It's quieter, intertwining acoustic and electric guitars, recalling the spiraling guitars of bands from Northern Africa. "Family of Others" also shares a more subtle approach; however t,hat song fades too early, extinguishing the intricate guitar interplay.

Offend Maggie doesn't reach the plateau created by Runners Four, nor does it have the playful brightness of its direct predecessor, 2007's Friend Opportunity, but it still maintains Deerhoof's integrity and their distinct brand of deconstructed pop. However, one might hope that they explore the more subtle territories, such as "Offend Maggie," that they've only entertained.