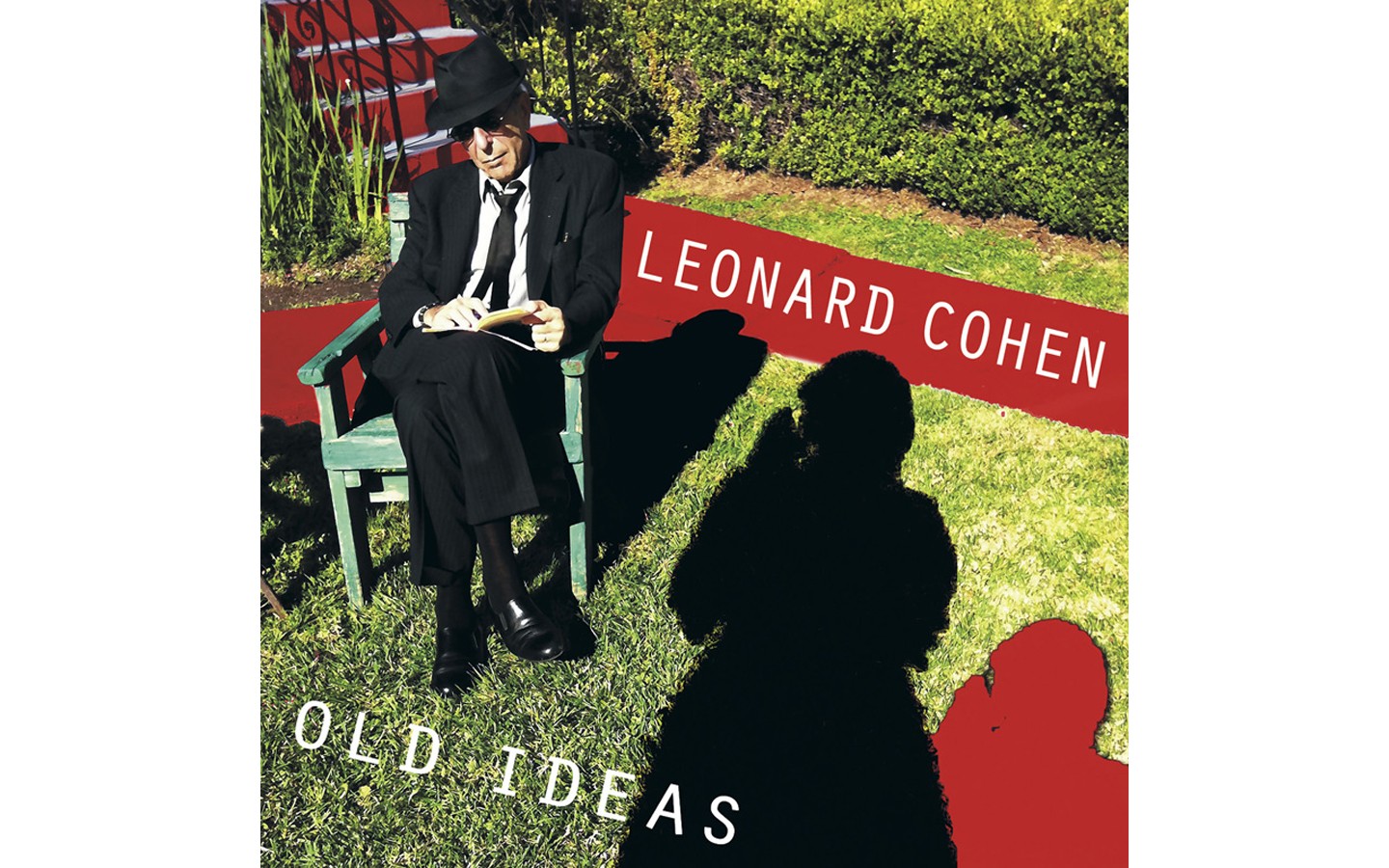 The title for Leonard Cohen's new album, Old Ideas, was the original title for Cohen's previous studio album, 2004's Dear Heather. As opposed to the bare production (and cheesy keyboard arrangements) that dominated Dear Heather, Old Ideas is fitted with a sharper suit -- acoustic guitars, drum, bass, organ -- that elegantly adorn Cohen's intimate voice and his chorus of female backing vocalists. The foundations for a number of songs on Old Ideas are varied spirituals (gospel, hymnal, etc.) and, after a closer listening to his lyrics, it's difficult not to see the songs as an unorthodox sermon. Welcome to the Church of Cohen.

One doesn't expect upbeat, chirpy love songs when approaching the music of the 77-year-old singer/songwriter, whose reputation as a poet, a lover, a spiritual wanderer and a Zen Buddhist monk is embedded in his work. On the cover of Old Ideas Cohen is seated on the front lawn of his South Central LA home, looking either like a 1950's gumshoe detective or a fashionable undertaker. In a way, he's both.

"I love to talk to Leonard. He's a lazy bastard living in a suit," croons Cohen, in his low timbre in the opening cut, "Going Home." Therein lays Cohen's humor, treating a self-examination through a bemused narrator, looking at the artifice of his persona. Simultaneously he recognizes his own willingness to let that artifice entirely fall away. Blanketed in a hymnal arrangement, Cohen also suggests that "going home" is a phrase for approaching death. Therein, lies Cohen's poetic brilliance.

Songs such as "Show Me the Place" ("show me the place where the suffering began") and "Come Healing" ("come healing the body...the mind...the spirit...the limb") also share spiritual-esque frameworks that focus on desire and healing, executed with Cohen's trademark somber tone.

An unexpected "Amen" evokes a ‘30s German, Brecht/ Weill cabaret feel, creating a melancholic way of saying, "wake up and smell the coffee." "Tell me again when I'm clean and sober," Cohen requests. "Tell me again when I've seen through the horror. Tell me you love me again." Is the narrator speaking to a specific person or something larger -- like humanity (and the future thereof)? Edging towards the latter, songs such as the lounge-atmospheric "Anyhow" subtly address a larger theme (in that case, Mother Earth). Cohen pleads, "I know you have to hate me, but could you hate me less? I used up all my chances...could you cut me some more slack?"

Forced out of retirement after losing his earnings to a thieving manager, Cohen's recent experience on an extended tour seem to have been a good influence on Old Ideas, with various members of his touring band incorporated in the mix. Through his eloquence, humor and simple, crafted, didactic-free language, Cohen delivers his most assessable and satisfying work in decades. Amen, baby, amen.