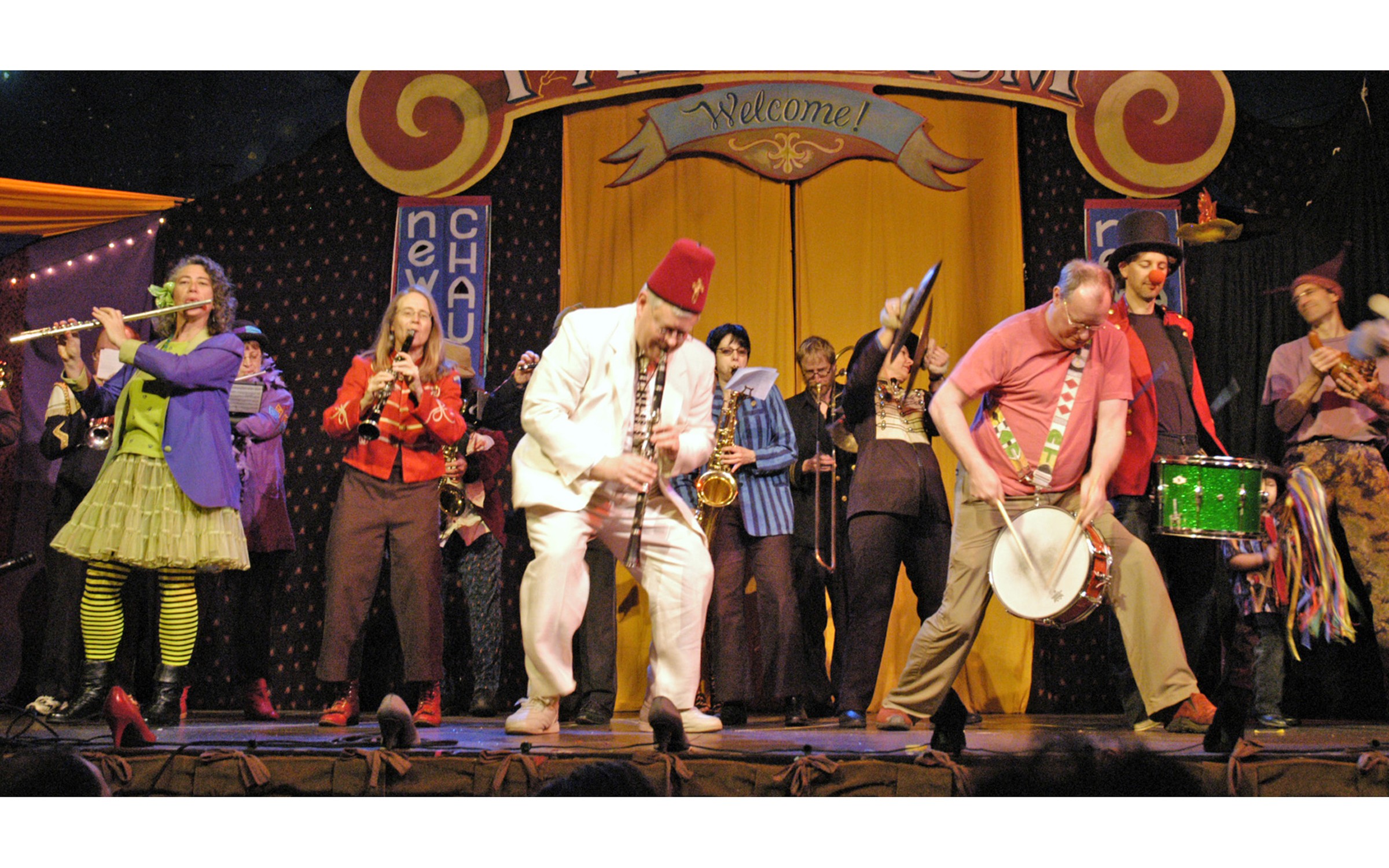 The tradition of the Chautauqua goes back to 1875, when a Methodist minister organized the New York Chautauqua Assembly, an educational summer camp on the shores of Chautauqua Lake. Eventually the movement took to the road becoming quite popular at the end of the 19th century and into the early 20th.

"Teddy Roosevelt said Chautauquas were 'the most American thing in America' because it was the first form of adult education -- predating radio and TV," said Kate Martin, a Blue Lake resident who is one of the organizing members of the New Old Time Chautauqua, a revival of the tradition.

"In the beginning you'd have someone dressed like William Shakespeare or Mark Twain or someone like that. They would know their characters and give talks and be able to answer questions staying in character. Then Circuit Chautauquas traveled all over America, first for education then with more entertainers and performers, like a vaudeville show, but in rural areas. They pretty much died out in the ’20s or so as radio and movies came along."

The "New Old Time" revival began in the ’80s with a troupe of world-class jugglers called the Flying Karamazov Brothers. "It started at the Oregon Country Fair with a group of vaudevillians who had their acts together," said Kate. "The Karamazov Brothers had a bus and suggested everyone jump aboard to take the show on the road. The target audience was small communities, in the tradition of Chautauquas of old."

From the beginning it was an all volunteer traveling vaudeville show and educational circus. One of the early educators was Patch Adams MD. "Someone would lasso him and he'd demonstrate how to floss. Today we travel with a full marching band and put on a parade thought the small towns we visit. The goal is still to bring communities put and together through the performing arts. We have a multi-part program including workshops that can range from juggling to quilt-making to health education."

The plan this weekend is to start with a parade leaving the KMUD studio in Redway at noon Friday, heading to the Mateel for a couple of hours of free workshops (1-3 p.m.). Topics include juggling, mask making, clowning, partner acrobatics, yoga, singing together (with songwriter Mark Growden), a song swap and a conversation on "The Other" -- individuals perceived by the group as not belonging, isolated perhaps by race, gender, sexual preference or religion, for example. The workshop is an informal discussion about when you have been "othered" and when you have "othered" someone else.

"In the evening we'll have a variety show where The Fighting Instrument of Karma Marching Chamber Band serves as the pit orchestra," said Kate. Performers include the Karamazov Brothers, Mark Growden, Arcata-based jugglers Poetic Motion Machine and many more.

Want full immersion? The New Old Timers are throwing a community potluck at the Mateel Thursday night at 6 p.m. where you can hang with the vaudevillians.

Curtain time for the New Old Time Chautauqua Vaudeville Show at the Mateel Community Center in Redway is 8 p.m. on Friday, July 2. Admission is $22  (at the door only), $20 for MCC members, kids 12 and under free. For more information or to check out the full free workshop schedule go to www.mateel.org or call 923-3368. For more on NOTC and the Chautauqua Movement go to www.chautauqua.org.