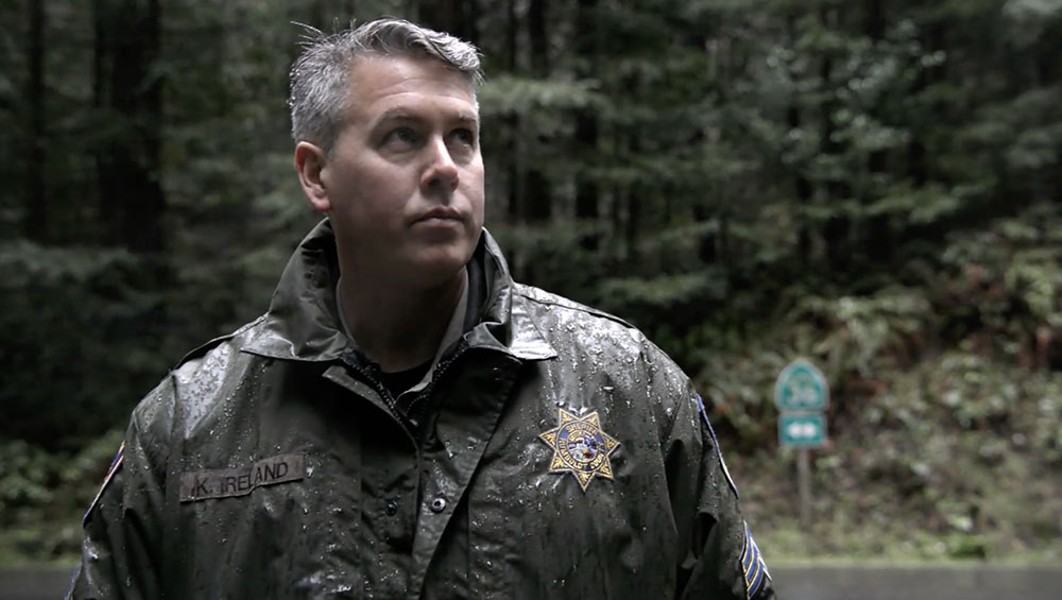 Repeatedly over the last few weeks, I've been asked for my impressions of Murder Mountain, the six-part docuseries looking at Humboldt County's cannabis industry released on Netflix last month. The short answer? It isn't worth your time.

At this point, you've probably seen that the Humboldt County Sheriff's Office has blasted the series as a "one-sided" and "highly sensationalized," saying it relied on "biased sources" when piecing together the story of Garret Rodriguez, a San Diego man found in a shallow grave in Alderpoint after a vigilante group tortured his alleged murderer until he led them to where he'd buried Rodriguez's body. The series cast Humboldt County in a "dark light," the sheriff's office said.

You may have also heard from folks putting their all into making the regulated recreational cannabis industry work for them. Just last week, one of them sat in my office and lamented the inclusion of Jason Dookie, whom the series documented celebrating receipt of a county cultivation permit by taking bong rips behind the wheel of his car in the planning department parking lot. (The series also showed him reneging on a contract and later bragging about physically beating an employee.) That's not a good look for a black market industry trying to recast itself as buttoned up and professional.

Personally, I think sunlight is the best antiseptic. While Dookie's behavior is the antithesis of what Humboldt County's cannabis industry should aspire to, it's real and shouldn't be ignored or swept under a rug.

But that hits at the crux of my Murder Mountain problem: Too little of it is real. At least it's hard to know exactly what's real and what isn't.

As the news editor of the Journal, I'm keenly aware that journalism is based on trust. If you catch me playing fast and loose with the basic facts of the story, how are you going to trust that I haven't left out crucial information, let alone that the anonymous source I quote is, in fact, a living, breathing person whose views I've represented accurately? If I abuse your trust, you probably won't believe anything else I have to say.

In my view, that's where Murder Mountain falls, and falls hard.

In the first episode, the series notes Humboldt County's high rate of missing person reports and repeatedly flashes the cover image from our Feb. 1, 2018, story, "The Humboldt 35." But while the series quotes someone breathlessly pondering whether there is a serial killer on the loose in Humboldt, it fails to offer any deep analysis of why people go missing here at an alarming rate or the flaws in the systems that track them. Analysis, after all, is complex and nuanced. The sensational prospect of a serial killer, on the other hand, is gripping.

There's the Eureka police officer the filmmakers capture eyeing a bus stop and warning of how people arrive in town only to be met by a swarm of human sharks, waiting to mug or traffic them. Perhaps I'm naïve but I've been reporting the news in Humboldt County for more than 15 years at this point, and I can't recall a single story about any such occurrence.

Just because someone says something that sounds scary doesn't mean it warrants reporting. Verification, after all, is one of the tenets of good reporting.

Then there's a host of little things. Take, for example, a brief montage of shots the filmmakers offer as a part of its timeline of the Rodriguez case in December of 2013. They flash the date, followed by an image of the Journal's "The Humboldt 35" cover, then a poster demanding justice for David Josiah Lawson. Again, that Journal cover was printed in 2018. Lawson was fatally stabbed in April of 2017, in a case that has absolutely nothing to do with missing persons or cannabis. This montage was about manipulating viewers' emotions, not a factual narrative.

These are just a few of many examples of choices the filmmakers made that combined to shatter my trust and leave me questioning virtually every other aspect of the series, from the dramatic reenactments to the anonymous sources. And that's a shame.

Murder Mountain fails to deliver on any of these. I suspect that's partly because the filmmakers were much more focused on telling a compelling story than an accurate one. Perhaps the biggest shame of all is there's no reason we couldn't have had both.