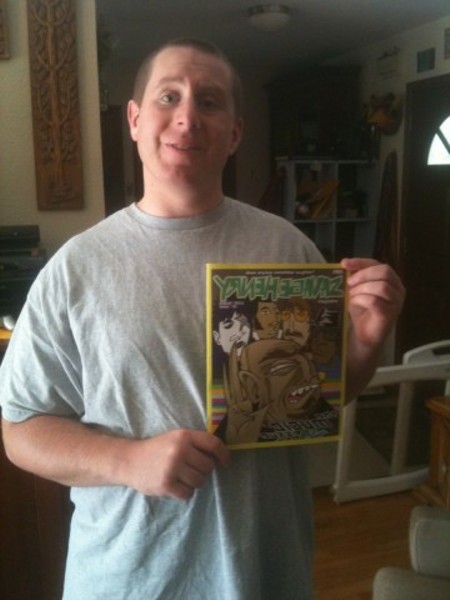 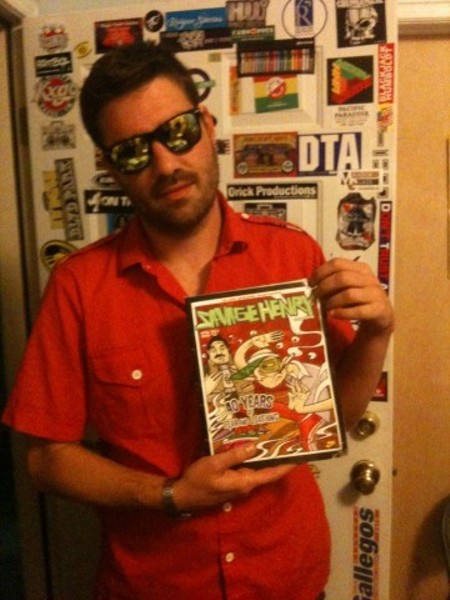 "I'm better at writing comedy," he said, sitting at his cluttered desk in the sumptuous Savage Henry office in Jacoby's Storehouse. To illustrate his lack of standup skills, he offered an example. "There was this joke I tried to tell the last time we did a comedy show at Jambalaya: We have two small dogs and hardwood floors, so it's like having Gregory Hines for a roommate when they run around. It didn't go over, so I was like, ‘You've never heard of Gregory Hines?' And the crowd was like, ‘No, we've heard of him.' No one was laughing. I guess part of the job of being a host is to bomb so the other comics seem funny."

He may do a couple of introductions over the weekend, but mostly he'll be running around trying to keep everything on track, a monumental job considering that the SHITS and Giggles Fest includes 15 comedy sets in eight venues plus a teaser set at the Mad River Summerfest.

It's modeled in part on Portland's Bridgetown Comedy Festival and San Francisco's even more ambitious multi-weekend Sketchfest, both with multiple standup venues. And a number of comedians were recruited at both festivals. The original plan was to do the whole festival on two stages at a local casino, but when that plan fell through, well, suffice to say Plan B ended up being much more complex.

As we've noted on these pages before, the local comedy scene seems to be growing by leaps and bounds, in part thanks to Durant's three-year-old comedy mag. Savage Henry started with a comedy open mic, So You Think You Can Funny, which Durant noted was named by the Journal resident funny man, Andrew Goff. "I was surprised at the caliber of people who came out. Now we have a pool of people who open up with touring comics" when they come to town. The BA-DUM-CHH comedy troupe came out of the open mic and, says Durant, "picked up the torch" when he got tired of dealing with o-micing.

Watch for BA-DUM-CHHs Sherae O'Shaughnessy, Nando Molina and Joe Deschaine, who are all doing sets one place or more.

Other recommendations from Durant include a pair of former local comics: Josh Argyle, who grew up in Eureka and Cornell Reid from Arcata. He's also a big fan of Thursday's headliner, Kyle Kinane, an L.A. based comic who, among other things, appeared on Conan and did his own half-hour Comedy Central Presents show. "He's more like a storyteller talking about messed up situations he's come across, really funny," said the big guy. Other faves: Howard Kramer, host of the Who Charted? Podcast, Alex Cole, returning after a successful local show, Ian Karmel from Portland, Nick Rutherford from L.A., and well, too many others to name in this space. "We want to show them all that there's a comedy scene here," said Durant. (You'll find the full schedule in this week's calendar.)

Those who want to see as much of the festival as possible will want the "fashionable" $25 wristband that gets you into every venue; otherwise admission is venue by venue, with prices ranging from $15 for Thursday's big opening night show at Mazzotti's, to free for some shows, including the Summerfest showcase. Advance tickets and more details at www.savagehenrymagazine.com or on the Savage Henry Facebook page.