Supes set to wrestle with hemp ordinance in age of cannabis 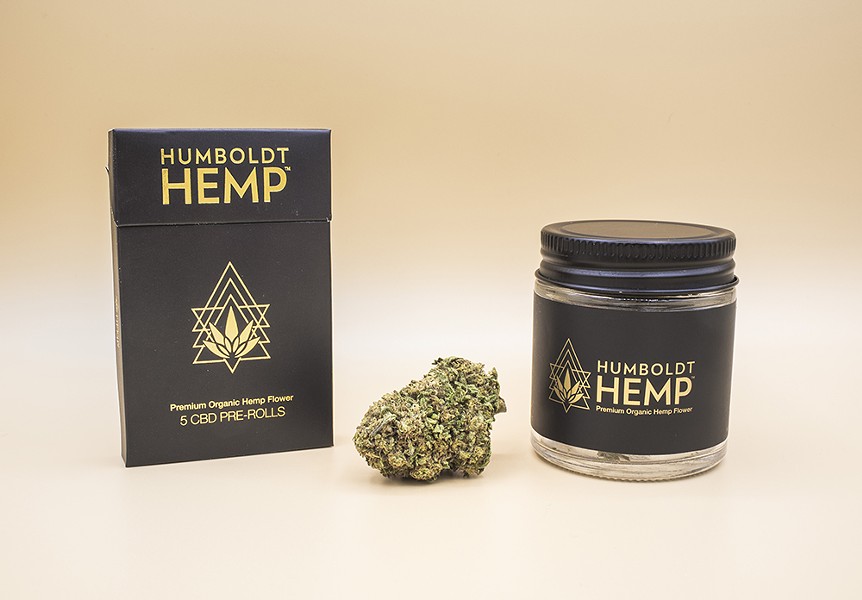 Sitting in the lobby of his brand-new storefront on Arcata's H Street, Humboldt CBD CEO Joshua Hanna opens a jar and rolls a golf ball-sized cannabis bud into his hand. The dense flower is a deep, vibrant green with a pungent smell. The strain, he explains, is AppleEase, a new cross of a HarleTsu, which he says was one of the world's first high CBD strains and was created right here in Humboldt County by Lawrence Ringo, a longtime cultivator mythically referred to as the "king of CBD genetics."

The bud looks similar to those on offer in cannabis dispensaries and growing in greenhouses throughout the county and the state. But it's not. It is comprised of less than 0.3 percent THC — the principal psychoactive compound in cannabis — making it, by definition, hemp. That also makes it currently illegal to grow in most of Humboldt County.

Hanna wants to change that last part and is busily lobbying elected officials and cannabis farmers ahead of Nov. 19's Humboldt County Board of Supervisors meeting, when the board is expected to again consider a countywide hemp cultivation ordinance and may follow the planning commission's recommendation to extend a cultivation moratorium amid concerns from the larger cannabis industry.

"I believe that boutique hemp is the future of medicine and it started here in Humboldt County, and it would be a historic tragedy if we weren't able to participate," Hanna says.

The situation is extremely complicated. Up until late last year, cannabis was illegal on a federal level but legalized in California and a host of other states. The landscape was convoluted and irrational, but generally understandable. Then late last year, Congress passed the Farm Bill with a rider that removed hemp from the federal Controlled Substances Act, making it federally legal to grow, manufacture, distribute and sell cannabis so long as it doesn't contain more than 0.3 percent THC. All of a sudden, state, federal and local laws laws — already in conflict — began treating varietals of the same plant very differently.

When most people think of hemp, they picture spindly, largely bud-less plants used to harvest fiber, oil and seeds. And to be sure, the bulk of the hemp grown in the United States fits that description.

But the seemingly meteoric rise in the popularity of cannabidiol products is changing that. Commonly known as CBD, canabidiol is a naturally occurring compound that's one of more than 100 phytocannabinoids found in cannabis flowers. CBD has been loosely linked to successful treatments of everything from autoimmune diseases and seizure disorders to neurological conditions, acne, anxiety and cancer. Written up in publications from Goop to the Washington Post, it has become a full-blown wellness craze. And a multi-billion-dollar industry.

It's worth making very clear here that despite the hype — and largely due to longstanding federal prohibition, which has limited scientific study — most of the claims regarding CBD's health benefits have not been vetted. Nonetheless, studies project that within the next five years CBD product sales will pass $20 billion annually in the United States.

Throughout the country, lots of farms are planting hemp, looking to supply all the CBD concentrates needed for the tinctures, salves and balms that are suddenly filling the shelves of national chains. But not all hemp is created equal.

The vast majority harvested for CBD products is grown as a commodity, planted on large industrial farms and harvested using heavy machinery. The biomass is then ground and churned before going through a chemical solvent extraction process that yields CBD concentrate.

But Hanna argues that stuff can't hold a candle to the CBD extract produced from artisanal hemp flowers — the kind that can only be grown with care, stellar and a wealth of knowledge about cannabis cultivation. He argues it's kind of like the difference between smoking some crappy bammer weed and some of Humboldt County's finest, saying he hears from customers who buy his company's pre-rolls and tinctures that there's a night-and-day difference from the mass produced stuff available elsewhere.

Allowing boutique, small-scale hemp cultivation in the county could prove an economic boon, Hanna says, positing that the same depth of genetic knowledge that created some of these low-THC strains in the first place could take them to new levels, giving Humboldt a leg up in a rapidly expanding market.

"We're basically saying no to an evolutionary branch of cannabis," he says. "This is real medicine and right now Humboldt is getting left in the dust. I think people are being very short-sighted."

But the larger cannabis industry has some grave concerns, which prompted the planning commission to recommend the board of supervisors continue the current prohibition on hemp cultivation in Humboldt County. (It should be noted that while there is currently a moratorium on hemp cultivation in Humboldt County's unincorporated areas, it does not seem to apply to licensed cannabis farms under the current regulatory framework, which does not, apparently, prohibit them from growing strains containing less than 0.3 percent THC.)

While the industry's greatest concern seems to be the risk of cross pollination — cannabis farmers want to harvest un-pollenated female flowers, which are more potent, and fear pollen drift from industrial hemp farms' male or hermaphroditic plants.

"Having participated in every public meeting and hearing from our membership, the consequences of cross pollination and increased pest impacts are too high to risk on a market that is collapsing from over production in year one," Carver says.

When county staff first researched the issue, it proposed letting people grow hemp largely in the county's agricultural zones, which would have opened up more than 25,000 acres to cultivation. But in addition to the fears of direct impacts on traditional cannabis farms, some also raised concerns about the cumulative environmental impacts — which were a huge point of contention when the county passed its cannabis land use ordinance.

"Without proper regulation," Carver continued, "the impacts to the community and environment cannot be dismissed. The fish don't care if the plant is psychoactive or not, the water use is the same and the smell factor during the growing period is also the same, regardless if the end product gets you high."

There's also seemingly an unspoken equity issue at play in much of these discussions, as the licensed cannabis industry is one of the most regulated in the world, with cultivators facing steep costs for compliance, permitting and taxes. Growing industrial hemp locally would, in contrast, allow farmers to enter legal markets with comparatively minimal overhead and potentially solid profits. (Hanna says he pays his farm the equivalent of $1,600 a pound for CBD-rich hemp grown on one of five state-registered farms located in incorporated areas of Humboldt County.)

After all, federal prohibitions and constraints — including those on the financial industry — no longer apply to hemp.

"We get paid with checks and use regular banks," Hanna says, adding that he suspects that may engender some animosity from those in California's regulated cannabis industry.

Humboldt County Agricultural Commissioner Jeff Dolf says the situation is complicated. On the one hand, he said the risk posed to the larger cannabis industry through cross pollination is real, but he's also talked to folks who have made a compelling case that limiting farms to small footprints and requiring they purchase only female clones or feminized seeds could mitigate that. If the county does proceed to allow hemp cultivation, Dolf says his office would have to purchase field testing kits they could use to do compliance checks, ensuring no one registered to cultivate hemp is actually growing a higher-THC variety.

"This is all done in the context that there's not a lot of good, peer-reviewed research that supports sound public policy," he says. "I mean, it's the same plant. Sometimes, I just prefer the term low-THC cannabis to hemp."