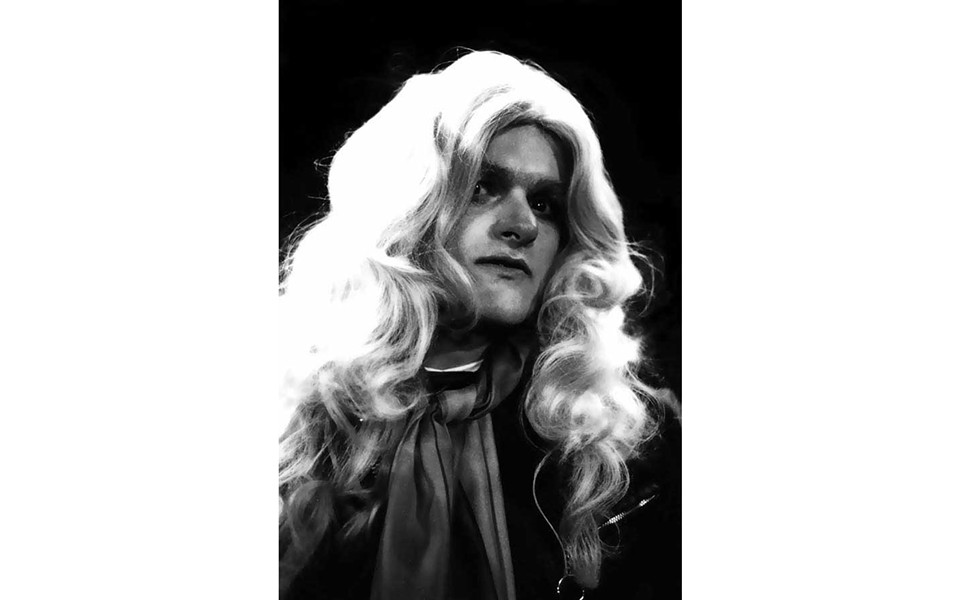 It doesn't seem like only a year, but it was August of last year when La Dolce Video opened in Arcata. Aimee Hennessy and Merrick McKinlay purchased the DVD library from the closing Video Experience (where Merrick worked) and moved it up G Street to the former home of Tranquilitea Wellness Center.

"It's been an honor and privilege to run the shop and serve this community," said Merrick during a lull in business in the shop. "In the face of a dying industry, we see the value of places like Movie Madness in Portland and Scarecrow in Seattle. Our attitude is along those lines, to be something like film curators."

It's become the place to go if you're looking for that cool foreign or indie film, TV series, cult classic or even the latest blockbuster, "as long as it's not dreck," said Merrick. "We're figuring we'll be the last video place standing, where you can come in and talk to someone about film. We'll be here to help people find what they're looking for -- even if they're not sure what that is."

To celebrate their first anniversary they're taking over the Arcata Theatre Lounge Saturday night for a movie geek party featuring, what else, a couple of cult classic flicks: Rubin & Ed and Beaver Trilogy, both created by the underground Utah filmmaker Trent Harris. "These are the kind of films that breed fanaticism," said Merrick. Rubin & Ed has Crispin Glover and Howard Hesseman (from WKRP) as an unlikely pair wandering the desert looking for a place to bury a frozen cat.

Beaver Trilogy is a three-parter focusing on a Salt Lake City character, Groovin' Gary, who impersonates celebs like Olivia Newton-John and Wayne Newton. A documentary section done Groovin' almost by accident is followed by a recreation with Sean Penn, then further extrapolation on Groovin' life by Harris fave Crispin Glover. "The film is about trying to live up to the misguided Hollywood dream while living in a small town, Beaver, Utah," said Merrick. It's altogether very touching. It's been getting a lot of attention recently -- it was just featured on NPR's This American Life."

Doors open at 7 p.m. for the La Dolce Video First Anniversary Party at the Arcata Theatre Lounge with live music at 7:30. Rubin & Ed should start at 8-ish, followed by an intermission and movie trivia, then Beaver Trilogy at 10. Admission is just $5. Merrick emphasized that this is an all ages event, while the films are eccentric, both are rated PG-13. For more on La Dolce Video go to www.ldvflix.com or cal 822-PG-13.