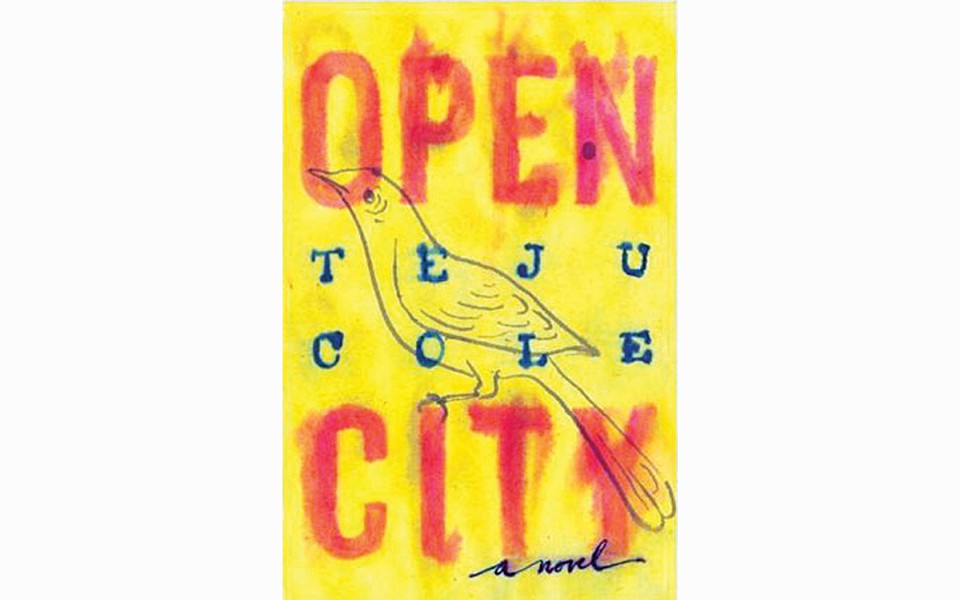 This novel set in 2006 is narrated by Julius who, like the author, was born in Nigeria but lives in New York City. We never learn Julius' last name, but other information comes our way. His Nigerian father died when Julius was a boy. He is estranged from his German mother. His maternal grandmother to whom he once felt close lives in Belgium, but Julius does not know where. A former girlfriend has moved to San Francisco.

Julius is a psychiatrist completing his final year of residency at a hospital in the city, and it is his custom to take long walks down the streets and through the parks of Manhattan. Julius is a careful observer, open to beauty, cruelty and nuance, and the author reports his observations with the precise eloquence one might expect from a psychiatrist. We encounter birds, plants (wisteria, "its purple blooms ... busy with resurrection") people, the island itself where the surrounding water is "a kind of embarrassing secret, the unloved daughter ... while the parks are doted on ... overused." I kept a map of Manhattan at my side as I read. So clear are the descriptions that I could track his journeys closely as he passed through ethnic neighborhoods and made his way to museums and concert halls.

A dark-skinned immigrant, Julius sees the world though eyes different from my own. Anyone who attends classical music concerts is aware that the audiences tend to be overwhelmingly elderly and white, but I had never experienced how a young black male might feel sitting in such an audience.

Julius befriends Farouq, an immigrant from Morocco, and through their conversations we glimpse how Farouq sees himself, the people around him and the world at large. On another occasion he visits Saidu, who escaped from Liberia during the civil war but is now held in detention awaiting deportation.

While we learn much about the world around him, Julius reveals very little of himself. The tension between our desire to know him better and his unwillingness to reveal more of himself helps move the story along. An incident that happened when Julius was 14, told late in the book, is central to another character's understanding of our narrator. But Julius never tells us what the incident means to him or even if, in his memory, it happened at all.

Julius makes friends and loses them, but at his core he remains a solitary character, very bright, somewhat fragile, walking and observing with fresh eyes the streets of New York.

Open City is not a page turner, but is recommended to the unhurried reader, the reader who enjoys the play of ideas -- the observations and musings of a complex character -- and is willing to sacrifice an action-filled plot to get them.