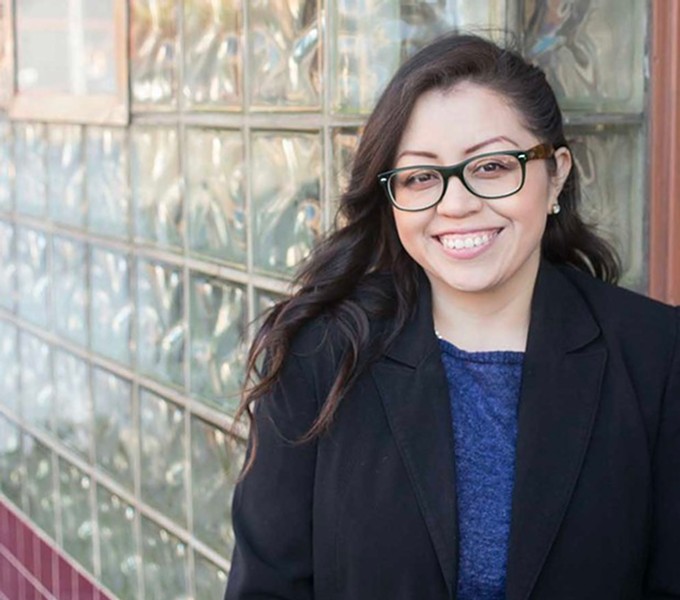 Apparently spurred by an errant letter from the state, Humboldt County Auditor-Controller Karen Paz Dominguez shared with the Board of Supervisors on March 1 the "findings" of her ongoing review of the county's finances, which included a laundry list of irregularities and deficient fiscal controls, as well as a few straight allegations of impropriety.

Paz Dominguez's staff report was officially for an agenda item simply looking for board approval to extend a county contract with an outside auditing firm working to finally finish the county's now long-delinquent single audit for the 2019-2020 fiscal year, a financial report required by the state annually that is now so late it has prompted some state agencies to freeze some county revenue streams. But in response to a "final demand letter" sent to her from Deputy Attorney General Julianne Mossler threatening to fine her personally $5,000 for the outstanding audit, Paz Dominguez said it was "in the best interest of the people of Humboldt County" that she make the board aware of her review's findings, saying the information would be "difficult to hear" but was akin to taking medicine that was "necessary if we want to heal."

Word of Mossler's letter broke publicly Feb. 25, prompting Paz Dominguez to write a letter to the county's taxpayers that was released through local media and promised a public vetting of what she deemed "decades-long patterns of misfilings, misinformation and misreporting, which have throughout the years resulted in penalties, returned funding and have paved the way for confirmed cases of errors and fraud."

But it quickly became apparent during the March 1 supervisors meeting that Mossler's letter may have been sent in error, at least or out of step with the State Controller's Office (SCO), which it purported to be sent on behalf of. The letter demanded that Paz Dominguez file the outstanding single audit with the SCO within 20 days or face a $5,000 fine, while detailing Paz Dominguez's repeated failures to file the audit or communicate its status to the SCO.

At the supervisors meeting, Paz Dominguez and County Administrative Officer Elishia Hayes both told the board they'd been in contact with the state team the SCO charged with investigating the outstanding audit, which has been working with county staff and is currently finalizing its report. SCO staff, Hayes and Paz Dominguez said, were taken by surprise by the letter and it appears the letter was the result of an automatically generated list of counties delinquent in their mandated financial filings. (It remained unclear at the meeting if the Attorney General's Office is, in fact, demanding the audit be filed within 20 days under threat of Paz Dominguez facing a personal fine.)

In many ways, the discussion came to mirror the controversy that has surrounded Paz Dominguez since she was elected in 2018 after raising alarm that the county's auditing practices amounted to little more than a rubber stamp, leaving the county at grave risk of fraud and waste, while critics — now seemingly including most county department heads — contend her office has failed to meet basic deadlines and perform essential functions. Paz Dominguez has often noted that her office is dependent on other departments to partner in good faith and meet their obligations for it to meet county reporting deadlines, but other department heads and outside agencies have criticized her office for failing to respond to emails and requests in a timely manner.

Reading from a prepared statement that had not been provided to the board or the public, Paz Dominguez walked supervisors through her findings related to the county's assets and liabilities. On the assets side, Paz Dominguez said her review found the Department of Health and Human Services does not regularly reconcile its petty cash, pointing to an incident where a petty cash box was accidently destroyed and another in which petty cash was stolen and the auditor-controller's office was not informed. Further, Paz Dominguez said she'd learned of the department giving employees gift cards as "an advance on travel," while the sheriff's office had deposited cash into accounts from "sources unknown" and made payments "for a donated vehicle," while a previously disposed vehicle had "resurfaced for sale."

She charged that outside investment accounts in the County Administrative Officer were not recorded in the county's general ledger and that a division of the office had written off a loan without authorization, while the county Planning and Building Department had failed to provide her office with sources of cash deposits and had written off a home loan that was not authorized.

On the liabilities side, Paz Dominguez charged that numerous departments had failed to submit timely invoices to her office — in some cases submitting them two or three years late — and had used unapproved time sheets and failed to properly document interfund loans and transfers, in some cases leading to double reporting of expenditures and revenues.

Paz Dominguez's biggest accusations were directed at the CAO, which she charged lied to the State Controller's Office, saying an actuarial report existed when it did not, then turned around and "forged" the document, and First District Supervisor Rex Bohn, who she alleged pressured departments "to perform tasks for him and his friends," including rushed payments to vendors that didn't have finalized county contracts and the rushed processing of permit applications.

The embattled auditor-controller did not provide the board with documentation or evidence of any of her "findings," but promised to do so in advance of the board's March 15 meeting, when the matter will be discussed again.

Bohn — who Paz Dominguez accused of showing her his middle finger at one point during her presentation, prompting Bass to explain Bohn just "holds his glasses like that" — said Paz Dominguez had previously levied "charges against" him that led to a "$23,000 investigation with no findings" and urged her to take all her "findings" to prosecutors to review.

"I welcome that with open arms because you just blasted my name with no basis whatsoever," Bohn said.

Some county department heads also took to the microphone to defend themselves or their staff.

Hayes said her office was "just wrung through the mud like no other" but said none of the information conveyed was new to her, but pushed back to the use of the word "fraud," saying there's a difference between mistakes and deception for financial gain. She then suggested Paz Dominguez was tossing around blame for her own failings, noting that the county simply needs to meet its fiscal reporting deadlines in order to function.

"These are vital functions that your board and my office need to effectively manage a half-billion-dollar organization and that work is not being done," she said.

Planning Director John Ford said issues surrounding his department's documentation of cash deposits were news to him, but he maintained it thoroughly documents all cash transactions and was willing to "open everything" to the auditor-controller's staff. As to the loan reconveyed without authorization, Ford said it was an honest and random mistake, noting the loan holder wasn't anyone's relative or friend. Calling it a "stupid mistake," Ford also put the matter in some context, saying it was a $19,600 loan, accounting for less than a tenth of a percent of his department's $22 million loan portfolio.

Other department heads said they felt Paz Dominguez had mischaracterized or misunderstood issues related to her findings, and Sheriff's Office Deputy Director of Administration Regina Fuller said it was the first she'd heard of any of the issues Paz Dominguez raised about her office. She said all she wants to do is work with the auditor-controller but there has been "no communication" and "no collaboration."

County Tax Collector John Bartholomew said he hadn't intended to speak at the meeting but felt compelled to, saying he has always wanted Paz Dominguez to succeed. But Bartholomew detailed his own frustrations getting an update from the auditor-controller on interest accrued in county accounts that is owed outside agencies, saying he's gone weeks without a response despite numerous inquiries.

Ultimately, the board voted unanimously to continue working with the outside firm CliftonLarsonAllen LLP to close the 2019-2020 audit — a step needed for the state to release frozen roads and workforce development funds — by the end of the month at an added cost of $12,000, while agendizing a full report on Paz Dominguez's findings for its March 15 meeting. Paz Dominguez also assured CliftonLarsonAllen's audit would include some similar findings when it comes before the board once complete.

Editor's note: A prior version of this story misspelled County Administrative Officer Elishia Hayes' name. The Journal regrets the error.