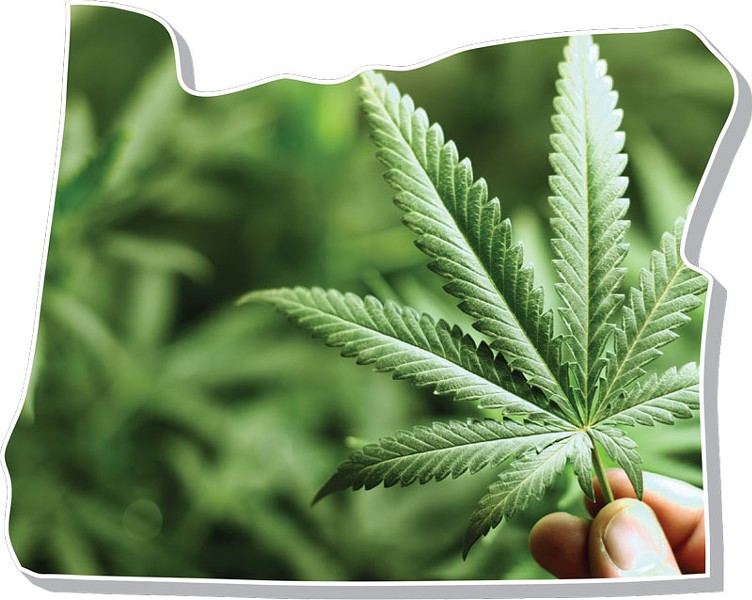 While California can't even get reasonable medical marijuana regulations on the books, our neighbors to the north will vote on legalization in November.

A June poll showed the Beaver State strongly in favor of freeing recreational weed, while a September poll swings the opposite way. The measure has notable supporters, including a former U.S. attorney for Oregon, Kris Olson, who said in a press release, "I enforced our marijuana laws, and they don't work. Filling our courts and jails has failed to reduce marijuana use, and drug cartels are pocketing all the profits."

Oregon's in a sticky spot, thrust between the newly legal pot haven of Washington (which is having some hiccups in its legalization rollout) and Northern California's massive marijuana output. A marijuana advocate recently suggested that much of Northern California's weed is being shipped north to Washington ("City Lights Up," Sept. 4), making Oregon a thoroughfare for pot trafficking. With the progressive bastion of Portland leading the plaid-clad charge for doobie-liberation, it seems Oregon has a good chance of joining Washington and Colorado.

And, according to the Oregonian, the supporters of legalization are determined not to make the same mistakes they say are conflicting Washington. Oregon residents will be allowed to grow weed at home, tax rates will be lower in an attempt to curb the black market, and the state will build off of the medical marijuana framework already in place.

Travel guru Rick Steves is among the supporters of legalization in Oregon, and recently toured nine parts of the state to speak in support of the cause.

"I just feel very strongly that the laws that are on the books right now are counterproductive," he told the Oregonian. "They are expensive. They are racist. They are based on fear and misinformation."

It's not a new position for Steves, who writes travel books and hosts a PBS show mostly focusing on European travel. While he references himself as a casual marijuana user, and sees the potential for abuse and addiction with the drug, he says he's been advocating legalization for 15 years. The Washington author said the more pot-liberal nations in Europe, like the Netherlands, have not seen an increase in crime or marijuana use. In fact, it is largely passé — marijuana's for "bohemians, musicians and tourists," Steves said. "For the Dutch people, it's just not sexy anymore."

Steves said his outspokenness would never work if he was in commercial television, and knows that it could cost him business. "Every once in a while somebody is going to say, "I know what you think about marijuana and I am not going to buy your guidebooks. I am not going to take your tours,'" he said. "All I can think is Europe is going to be more interesting and fun without you."

Far to the east, Washington, D.C. voters will also decide in November whether to legalize bud. The city decriminalized pot earlier this year ("Poo-pooing Pot Ads," July 24), instituting just a $25 charge for possession of less than one ounce.

Meanwhile, marijuana proponents in California, which voted down legalization in 2010 and failed to get on the November ballot, are focusing on 2016.