Unmerry Moor at NCRT; Mozart Coming to HSU and HLOC 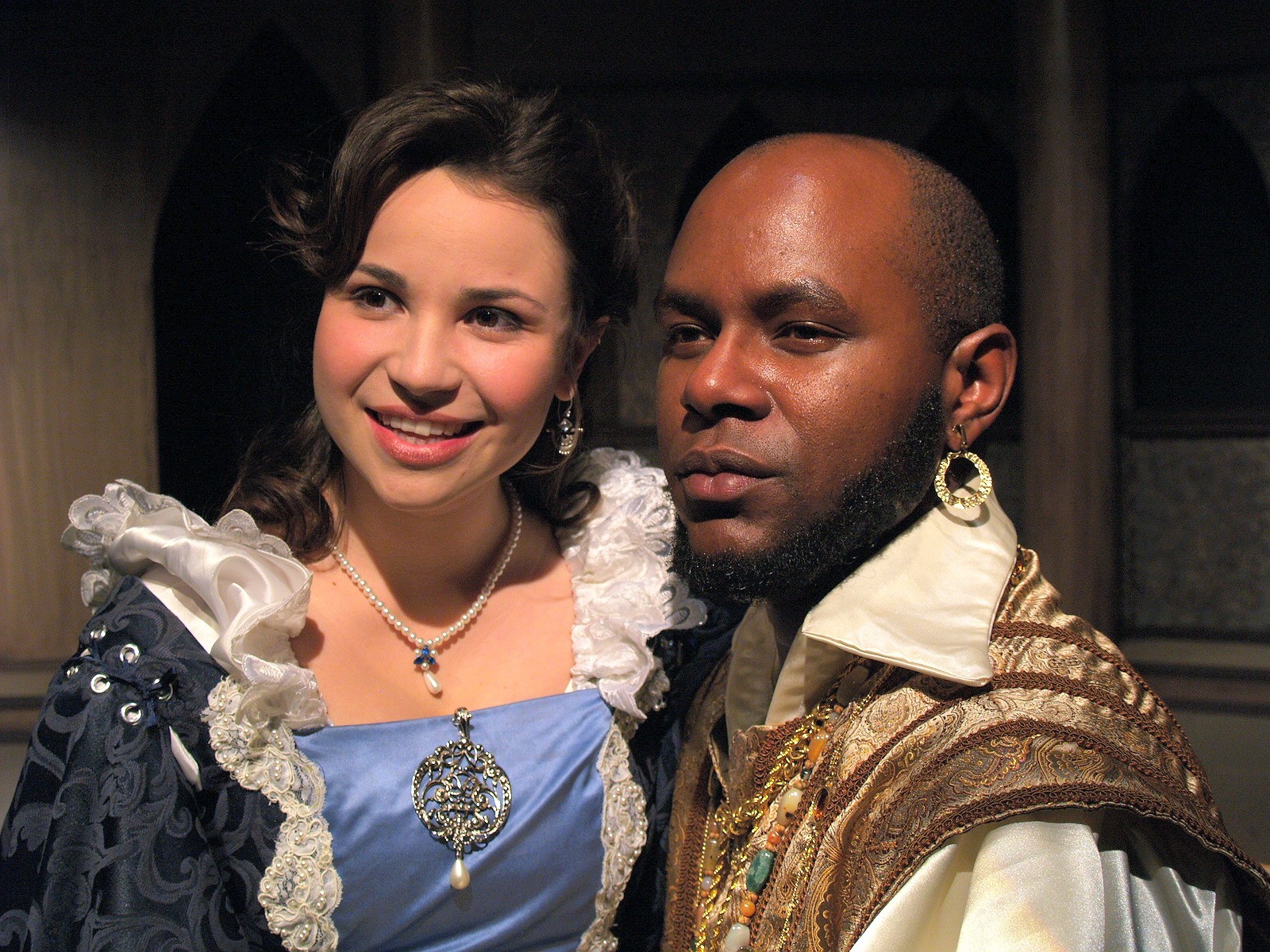 For those seeing their first production of Shakespeare's Othello, North Coast Repertory Theatre in Eureka provides stylish and vivid entertainment as well as impressive individual moments and plenty of food for thought. But there are reasons that people return to this play (and other classics) even when they know the story of Othello the Moor, general of the army of Venice, and his trusted aide Iago, who leads him relentlessly into a fatal jealous rage.

With the same Shakespeare text, different combinations of actors and other theatre artists make their productions unique, providing the audience with opportunity for different impressions and insights. That's true at NCRT even though the director (David Hamilton) and lead actor (Jabari Morgan as Othello) collaborated on the last local Othello, at the Arcata Playhouse in 2007.

For example, Iago's unwitting co-conspirator Roderigo is sometimes portrayed as completely clueless, but Victor Howard plays him as passionate, not entirely trusting Iago but willing to believe what is to his advantage. Ethan Edmonds gives Cassio substance and a reality that justifies him as Othello's lieutenant. Megan Johnson releases suppressed and imposing power as Emilia (Iago's wife and confidant of Desdemona, Othello's young wife).

But the most telling portrayal is by Calder Johnson in an impressive performance. He plays Iago not as a capering fiend or bitter conniver but as mostly calm and deliberate, worriedly helping everyone get what they want while manipulating every willing victim to serve his evil ends: pretty much the model of a modern major psychopath.

Jabari Morgan is compelling and masterful as Othello, raising the game of everyone around him. Claudia Johani Guerrero is a lovely Desdemona, the still center of these crazed storms. JM Wilkerson gets the play off to a confident start with his authoritative Brabantio, Desdemona's father. David Hamilton's mostly solid and at times provocative direction, Pat Hamilton's sumptuous costumes, Daniel Lawrence's somber and elegant set, Gabriel Groom's sound and music and Bridget Barsotti's lighting all combine with these stellar performances for an accomplished production of high quality.

Audiences can also see this play differently in the changing context of the times. Racist anger directed at a black General plays differently when we have a black President. But whether on first or repeated view, theatre has been powerful for so many centuries because people learn something about themselves there, as individuals and societies. Drama and other literatures don't always depict tragic consequences of ungoverned passions and weaknesses just to confirm they are human nature. The act of consciously portraying them suggests consciousness is itself a vital part of human nature as well.

Everyone in Othello is prey to passions, even the coldly calculating Iago. But the tragedy in this play results from the characters' decisions. The thought may occur of applications beyond this story: Becoming conscious of our powerful unconscious and how it works is essential to the human future.

Othello is at NCRT weekends through April 30.

Just weeks after Mozart was portrayed at Ferndale Rep, there are two -- count 'em, two -- of his operas coming in April.

The HSU Opera Workshop presents The Magic Flute in the intimacy of Gist Hall Theatre for three performances: Friday and Saturday April 21 and 22 at 8 p.m., and Sunday April 23 at 2 p.m. With dialogue in English, it's relocated by director Elisabeth Harrington and scenographer Rachel Parti to the Mayan culture, which adds color and imagery (a leopard, a lion and lots of birds) and strengthens a nature-based emphasis. "It's a show for all ages," Harrington said, "with magic and comedy and drama, but focused on love and friendship, nobility and bravery." Students Paul de Roulet and Brandy Rose, and community members Nanette Voss and Christopher Hatcher sing the principal roles in a cast of 26. Paul Cummings, who directs the accompanying 20-piece orchestra, says the music is among Mozart's best.

Then beginning on April 29 (with performances Fridays and Saturdays at 7 p.m. and Sundays at 2 p.m., through May 8), Humboldt Light Opera presents a version of Mozart's comic opera The Marriage of Figaro in CR's Forum Theatre. Director Carol Ryder has condensed the basic love-and-marriage story to an hour of dialogue with all of Mozart's musical "hits."

"We're not performing it as high opera," Ryder said, "instead it's musical theater with fantastic vocalists." Mozart is paired with a modern take on the same marriage theme: The Last Five Years by Jason Robert Brown. Both are fully acted productions, with costumes by Kevin Sharkey and lights by Justin Takata. James Gadd, Essie Bertain, Bill Ryder, Katherine Kinley, Sarah Benzinger, Bonnie Cyr, Jim Willits and Mira Weidman are the Figaro cast, with Kevin Richards and Molly Severdia starring in The Last Five Years.

Also coming up is John Cariani's comedy Almost, Maine at Redwood Curtain opening on April 28. On stage now are Gravity Defined, HSU's annual dance concert (this weekend and next in the Van Duzer), and South Pacific at Ferndale Rep, directed by Ginger Gene and featuring two of my favorite North Coast musical performers, Brad Curtis and Christina Comer.