Otherwise Known As The Human Condition: Selected Essays and Reviews 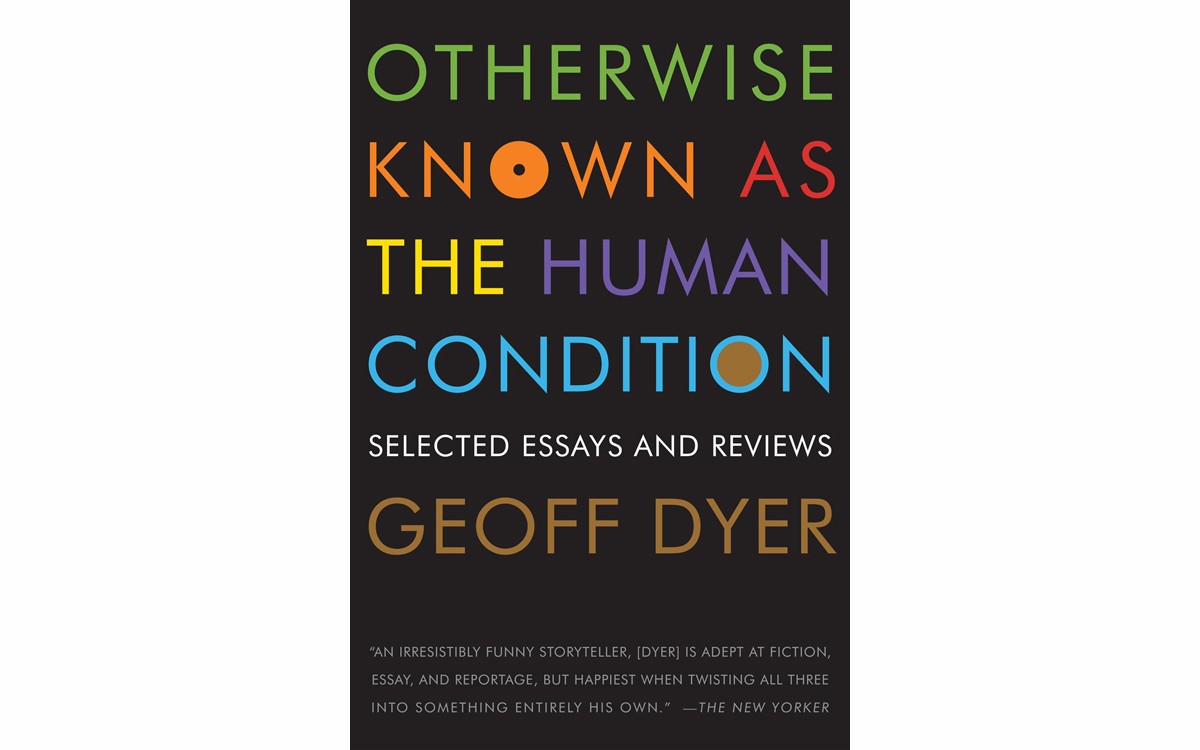 By his own admission, British writer Geoff Dyer is easily bored. As a result, he's cast his net over a wide variety of subjects and genres, blurring the lines between fiction, personal essay and reporting. His book But Beautiful convincingly created fictionalized portraits of jazz legends and is one of the best books ever written about the music. Out of Sheer Rage, ostensibly about D.H. Lawrence, is partly about his own comic procrastination and avoidance of getting around to writing a book about D.H. Lawrence. Recently, his novel Jeff in Venice, Death in Varanasi featured a worldly traveler who seems very similar to the author, right down to the slightly variant spelling of his name. In a lesser writer, this kind of literary gamesmanship might seem insufferably precious, but Dyer avoids pretension with self-deprecating wit.

Otherwise Known As The Human Condition spans two decades and collects his shorter length reviews, occasional essays and first-person journalism. It's a mixed bag, as are many such catch-all collections, but this kind of compilation serves Dyer's wide-ranging interests quite well. The book is divided into five sections: Visuals (art, sculpture and photography), Verbals (fiction and literature) Musicals (not the Broadway kind), Variables (odds and sods) and Personals (autobiographical essays). The sequence of the sections seems to be intentional: starting with more objective work and progressing to more personally invested stories.

When writing about the visual arts, Dyer's preferred subject is photography (he's written an entire book on the subject, The Ongoing Moment).  He's at his best when the documentary aspect of art collides with the imaginative, so it's not surprising his pieces on the subject are particularly engaging.

Less interesting are his book reviews. When he's able to really connect with an author, as he does with F. Scott Fitzgerald and D. H. Lawrence, they are fascinating, but too many of them read like the dutiful assignments they are.

The section on music traces the odd trajectory of his interests from jazz to electronic trance music. There's even a stab at mock metal sociology in "Def Leppard and the Anthropology of Supermodernity," which, true to form, ends up being more about his hotel in Seoul and the aesthetics of arena rock than the band.  When he asks the evergreen question "Is Jazz Dead?" he answers ambiguously and highlights records by Don Cherry and The Necks that may not even be jazz by most narrow definitions.

The personal stories that make up the last quarter of the book are the highlight. Whether he's writing about sex and hotels, the comics he loved as a boy, the fashion industry, or the Olympics, these pieces are loose, funny and smart. They illuminate the more formal pieces that preceded them and bind them together.