A collaborative art project thrives along the Six Rivers 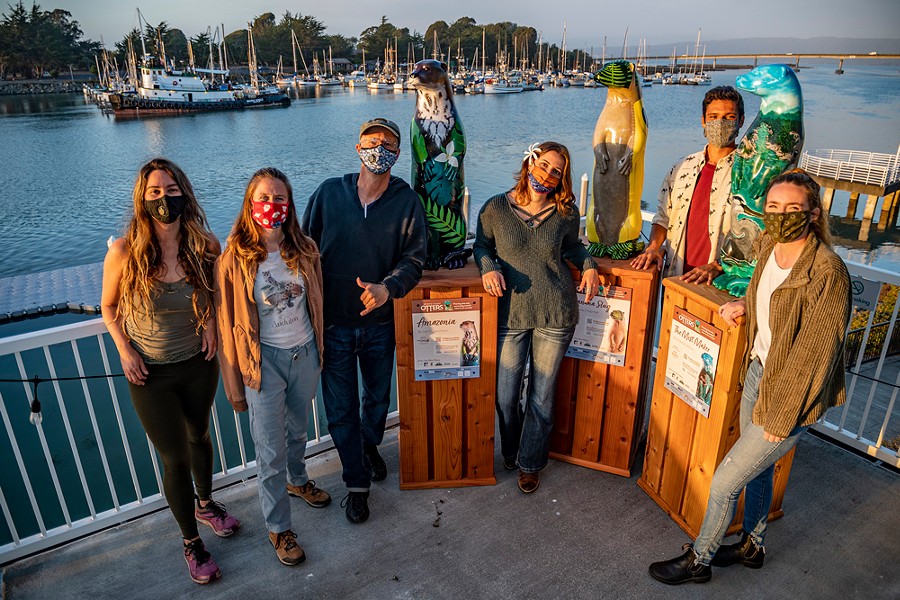 With the contribution of 108 artists, 60 sponsors, hundreds of businesses, the thousands of "otter spotters" seeking out the colorful statues, four student volunteers, wildlife professor and head of the River Otter Citizen Science Project Jeff Black created an initiative that merged art and science to highlight the last 24 years of river otter research, as well as the watersheds created by the Smith, Klamath, Trinity, Mad, Van Duzen and Eel rivers.

And the North Coast Otter Art Initiative wasn't only a celebration of life, water and otters, but a massive fundraiser for future river otter research in the form of paid internships for wildlife students. The majority of the otter sculptures — minus those going to Native communities — were sold at auction. As the Journal went to press Sept. 14, Black said the initiative had already raised about $125,000 and would bring in an estimated $150,000 by the end of bidding the following day.

"It's (been) really hard to be joyful in the last couple of years," Black said with a small laugh. "For me, working on this gave me something to do. And so many people said, 'You've given me something joyful to think about this summer.' Seeing grandparents with their grandkids do the activity booklet, collect sightings and then seeing those kids looking at the marsh for wild otters is what's so cool — that the art project might encourage some of these children to become artists but also wildlife biologists one day. And to see the joy on children's faces when they're collecting otters' names and jumping up with joy because they find one was so fun. The sense of celebration was certainly in the air."