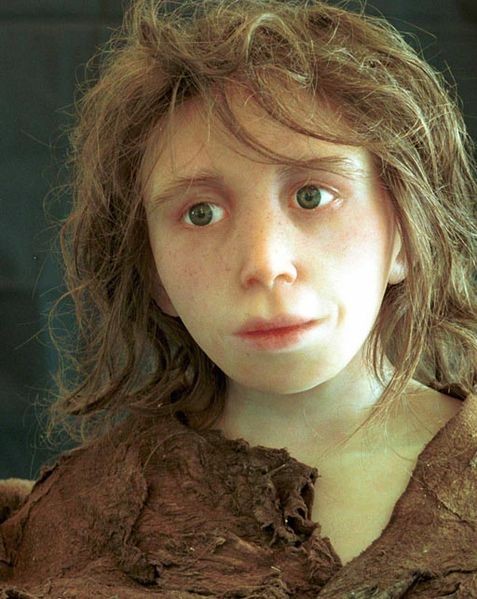 Calling some obnoxious dude a "Neanderthal" no longer has the insult value it once had, since a team of German researchers discovered that most of us carry between one and four percent Neanderthal DNA in our genes. This wasn't news to many archeologists, who have been arguing for some time that fossil evidence shows evidence of interbreeding, and that Neanderthals and humans lived side by side in excavated caves in France and Israel. The new finding calls in question the designation of Neanderthals as a separate species from extant humans, since the ability to interbreed is one of the well-accepted criteria of "species."

The discovery was science at its best. The consortium of genome researchers came into the project with a very strong bias against finding Neanderthal DNA in modern humans, but the results, from several independent lines of evidence, convinced them otherwise. Working with DNA from bone fragments of three Neanderthal women who lived in a cave in Croatia about 40,000 years ago, they were able to reconstruct about 60 percent of the Neanderthal genome. This astonishing feat took five years of intricate analysis using cutting-edge gene sequencing technology. "We used half a gram of bones to produce the 3 billion base pairs," said Svante Pääbo of the Max Plank Institute for Evolutionary Anthropology, leader of the project.

The researchers compared the newly sequenced Neanderthal DNA with genomes from five present-day humans, from China, Papua New Guinea, France, and a San and a Yoruba from southern and eastern Africa respectively. While they found 1-4 percent Neanderthal ancestry in the first three (from Asia and Europe), they found no trace in either of the Africans. This suggests that interbreeding occurred, perhaps in the Middle East, after humans had migrated from Africa about 100,000 years ago, but before they evolved into distinct groups in Europe and Asia, about 50,000 years ago.

The last Neanderthal died about 30,000 years ago, probably in southern Europe. Except that -- unless you're African -- well, welcome to your family tree: They are us.

Barry Evans (barryevans9@yahoo.com) now understands why he feels so tough and manly, physical body notwithstanding. The book of his first 80 Field Notes columns is on sale at Eureka Books.