Out of the Water and into the Sky 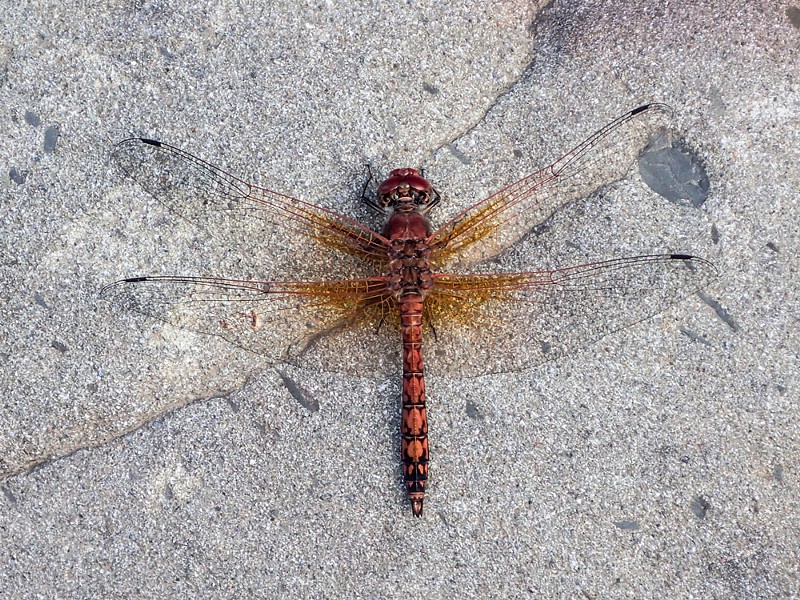 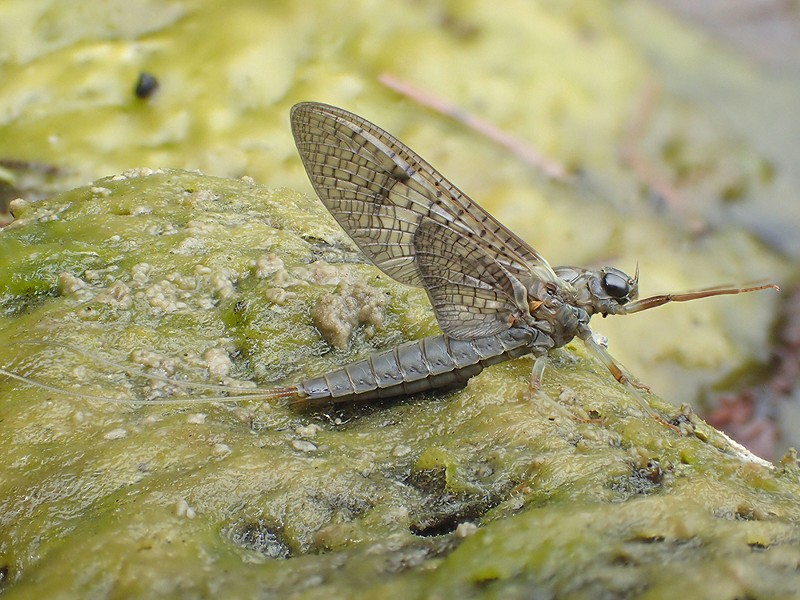 Photo by Anthony Westkamper A mayfly specimen native to the Van Duzen River.

Mayflies on the Van Duzen

Getting a late start, I made my way down to the river after the sun had gone from the canyon. I noted many tiny flying insects 6 inches on either side of the water's edge. A spotted sandpiper (Actitis macularius) strolled up the minute beach pecking here and there as it went. The insects I saw were small mayflies, thousands of them. This order, ephemeroptera (meaning "brief wing"), along with odonata (dragonflies and damselflies) are part of the division palaoptera (early wing). Members of this group were ancient before the first vertebrate ever took flight. In fact, it might have been the ready supply of food in the air that gave the earliest flying vertebrates the evolutionary edge they needed to succeed.

These insects spend one to two years as naiads (larva) in the water feeding on detritus and algae before emerging, shucking off their larval shell and flying off as "sub-imagos." Almost immediately they molt a second time into their fully adult reproductive form. No other order of insects molts a second time after getting functional wings. As I watched, the small shore bird made its way up the water's edge pecking here and there at the tiny insects. A spider's web was festooned with their struggling bodies.

Throughout the year, various species' "hatches" occur on different dates. Sometimes millions fill the sky and they can be tracked by weather radar. Adults are easily recognized by their habit of holding their triangular wings over their back and the distinctive two or three cerci (tails). Since they have such a brief time to leave the water, find a mate and lay eggs, they seldom stray far from their native streams.

Although close relatives (order odonata) that live very similar lives, there are some differences between damselflies and dragonflies. Both groups spend the majority of their lives as aquatic larvae breathing water. They are all hunters but with varying specialties. Some hide in the detritus in the bottom of ponds, others swim freely like tiny fish and still others stalk prey through submerged weeds and algae.

The exception is an ancient group of dragonflies, the petaltails. They spend their juvenile years amphibiously, in wet burrows on mud banks and bogs often venturing out at night to hunt.

Damselflies belong to the sub order zygoptera, meaning "same wing," referring to the fact that the front and hind wings are roughly the same size and shape. Their bodies are slenderer, their eyes are usually shaped like commas laying on their sides and they can all fold their wings over their backs when at rest. One group characteristically holds their wings out from their bodies, giving them their family name spreadwing.

In dragonflies (sub-order Anisoptera, meaning "different wing"), front and back wings are shaped differently and always held out flat away from their bodies when at rest. Their bodies are heavier and their eyes often resemble a football helmet, covering most of their head.

Damselfly larvae are slender and sport three petal-like gill appendages on their tail through which they breathe oxygen from the water. Some use them as swimming fins as well. Juvenile dragonflies have no such flaps but can dart very rapidly, expelling water from their rear ends like a jet boat. Being at or near the apex of the insect food chain, the population and diversity of these critters can be used to gauge the health of a water course.