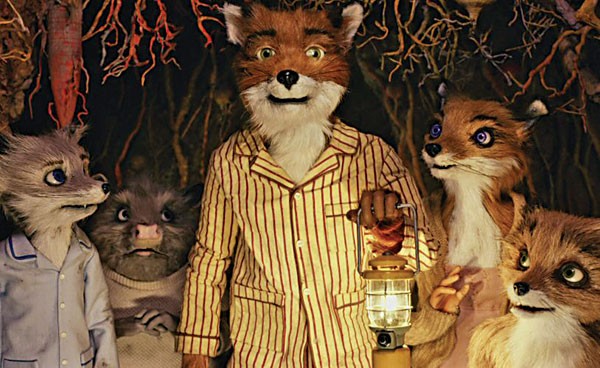 Opening Friday, Dec. 4, is Brothers, which is based on the 2004 Danish film Brodre. The film stars Tobey Maguire as Sam, who is reported missing in Afghanistan, Natalie Portman as his wife Grace and Jake Gyllenhaal as Sam's brother Tommy, just out of jail, who helps Grace and her children. Based on the cast and trailers, this looks very promising. Rated R for language and some disturbing violent content. 110m. At the Broadway and Mill Creek.

In a holiday comedy/drama, Everybody's Fine, a remake of a 1990 Italian film, stars Robert De Niro (replacing Marcello Mastroianni) as a widower who decides to surprise each of his children with a visit. With Kate Beckinsale, Sam Rockwell and Drew Barrymore. Rated PG-13 for thematic elements and brief strong language. 100m. At the Broadway, Fortuna, Mill Creek and Minor.

A sequel to the straight-to-DVD National Lampoon's Dorm Daze 2, Transylmania features a group of exchange students who discover their university is in an ancient castle. Tagline: Euro-trashed! Euro-smashed! Euro-slashed! Can't wait. Rated R for crude and sexual content, nudity, drug use, language and some violence. 92m. At The Movies.

Armored is a crime thriller about a group of armored car guards, one a rookie, who attempt a $42 million heist. Wonder if it will go awry? Rated PG-13 for sequences of intense violence, some disturbing images and brief strong language. 88m. At the Broadway.

NINJA ASSASSINS: In case the film's title doesn't tell viewers all they need to know, the opening sequence will quickly resolve any ambiguity. The soundtrack begins with somewhat jaunty music that is undercut by ominous underlying bass notes, which in turn dissolve into rap. The latter serves to introduce the opening scene in a tattoo parlor, where the leader of a group of thugs, who talk in Korean accented thug-speak, is getting a tattoo and threatening the elderly tattoo artist. When a courier delivers an envelope containing black powder to the tattooist, all ninja hell breaks loose. The only narrative reason for this scene is to establish the significance of the black powder, but its real purpose is to get to the bloody violence as quickly as possible, letting die-hard martial arts fans know that they have found the right movie.

In fact, this is one of those low-level martial arts films that has just enough plot to connect the scenes of choreographed R-rated violence. The story that provides the transitions revolves around Raizo (Korean pop star Rain), a deadly ninja assassin who was kidnapped as a child by the Ozunu Clan and brutally trained for his life's work by the clan's head.

On the inside, though, Raizo hates the clan because they murdered a female student who had befriended him when she tried to escape. The story, then, is a familiar revenge tale that provides ample opportunities for gory action, much of it decently choreographed.

The attractive female sidekick role is filled by Europol agent Mika Coretti (Naomie Harris, 2006 Miami Vice film), who is investigating a series of mysterious assassinations. When her evidence connects the killings to Asian ninja assassins, she opens a hornet's nest and only Raizo can save her. Well, to be fair, along with a lot of firepower. As Harrison Ford discovered in Raiders of the Lost Ark, bullets beat ninjas every time.

Rain looks great in bare chest, the blood is plentiful, and evil is vanquished yet again. If that's all you're looking for, look no further. The rest of you: Skip this sorry exercise. Rated R for strong bloody stylized violence throughout, and language. 99m. At the Broadway and Mill Creek.

OLD DOGS: To say that Old Dogs is stupid and frivolous would be to wildly overstate the film's quality. This tired family comedy offers few laughs but a barrel full of tired clichés, tired actors and a trite plot. I'm sure there is an audience out there that is eager to see John Travolta and Robin Williams as incompetent geezer dads while still playing the same old roles they have already worn out. Travolta is once again cast as the devilish lady's man and Williams is once more the lovable loser who comes through in the end, oozing sentimentality from every pore.

The plot revolves around lifelong friends and business partners Charlie (Travolta) and Dan (Williams). Charlie is a confirmed bachelor, but Dan was once married. When his wife dumped him, Charlie dragged him to Florida, where Dan has a get-well fling with attractive babe Vicki (Kelly Preston, who at least adds a little life to the film). Seven years later, Vicki reappears accompanied by 7-year-old twins Zach (Connor Rayburn) and Emily (Ella Bleu Travolta, daughter of Travolta and Preston; maybe the film should have been called "Family Affair") sired during that one-night stand, and as she is about to serve a two-week jail term for trespassing during a protest, Dan offers to take care of his children. From here on, mix the following elements: Dan lives in a child-free condo; Charlie's bachelor pad is not childproofed; they are both inept at parenting; a business opportunity means they have to move to Tokyo; Dan realizes life's true values.

Frankly, I spent a lot of time worrying about Williams' recent heart attack whenever he exerted himself, but that at least distracted me from the story. Even the geezer jokes sucked. Rated PG for some mild rude humor. 88m. At the Broadway, Mill Creek and Fortuna.

FANTASTIC MR. FOX: In addition to his familiar children's tales, such as Charlie and the Chocolate Factory and James and the Giant Peach, Dahl wrote some deliciously dark humor adult stories. In a way, the offbeat humor contained in these stories also inform his children's tales, giving them their distinctive style. Add director Wes Anderson (Rushmore; The Life Aquatic with Steve Zissou) to the mix, with his own off-kilter sensibility, and you get a film like the stop-motion animated comedy Fantastic Mr. Fox.

The story is simple: When Mr. Fox (voiced perfectly by George Clooney) and his wife (an equally effective Meryl Streep) are caught in a trap while raiding a farm, Mrs. Fox reveals she is pregnant and makes her husband promise to find a new line of work if they survive. Two years, or 12 fox-years, later (we don't know how they escaped until late in the film), Mr. Fox is a restless dad and columnist living in a dump with son Ash (Jason Schwartzman). He tells Mrs. Fox he wants a better place, and when a tree house becomes available right across from farms owned by Boggis, Bunce and head honcho Bean (Michael Gambon), he sees a chance to return to his old ways.

The rest of the story proceeds from this setup. But it's the film's style, not its narrative, which provides its nicely distinctive cast. There is an eccentric quality to every aspect of the production design that defines a very specific world inhabited by the story's creatures. The story itself is more concerned about what it means to be a specific animal than how Fox will outwit the bozo farmers, a theme nicely aided by the pop song soundtrack.

With its hints of existentialism and periodic dialogue in French, I have no idea how a young child would relate to this film. As for me, I was thoroughly delighted. The film rescued my otherwise dismal movie week. Rated PG for action, smoking and slang humor. 87m. At the Broadway.

2012. The world blows up despite John Cusack's fine acting abilities. Rated PG-13. 158m. At the Broadway, Mill Creek and Fortuna.

THE BLIND SIDE. A homeless African-American youth is taken in by a well-to-do white family who help him realize his football potential. Rated PG-13. 126m. At the Broadway, the Minor, Fortuna and Mill Creek.

COUPLES RETREAT. Vince Vaughn leads a group of married friends to a tropical island resort. They soon discover that participation in the hotel's couples therapy is not optional. Rated PG-13. 108m. At the Movies.

A CHRISTMAS CAROL. Disney does Dickens (in 3D!) Rated PG. 96m. At the Broadway.

THE MEN WHO STARE AT GOATS. Ewan McGregor plays a reporter looking for his big break and George Clooney used to stare at goats. Oh, for a government job. Rated R. 93m. At the Movies.

PLANET 51. Dwayne "The Rock" Johnson lays the smackdown on the family-friendly, animated genre. Lots of aliens. Rated PG. 91m. At the Broadway, Fortuna and Mill Creek.

WHERE THE WILD THINGS ARE. Max journeys to the land of Wild Things where he becomes their new ruler, but soon finds that relationships are harder then he thought. Rated PG. 94m. At the Movies.

WHIP IT. Drew Barrymore makes her directorial debut with a Roller Derby flick. Sweet. Rated PG-13. 113m. At the Movies.