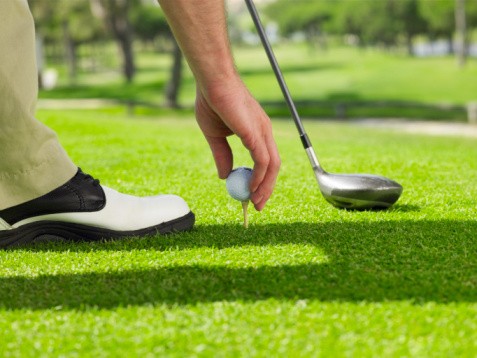 In another portent of the gentrification of marijuana, cannabis activists have tapped into the fitness industrial complex to create the 420 Games, a series of sporting events that claims it is "destigmatizing millions of responsible, positive cannabis users through athletic achievement."

Think it doesn't get much whiter than smoking pot in public before a jog in San Francisco? Guess again.

The queue for 420 Games events running through October includes: a golf tournament in San Jose, a stand up paddleboard race on Lake Tahoe, and a cruiser bike race in Orange County. That is one alabaster event lineup.

But why pick on them for that? After all, it's no surprise that there's crossover between people who enjoy the soaring influence of cannabis and those afflicted with the fitness bug. Or people who exercise and use marijuana for its therapeutic effects.

And it's all part of "mainstream attitudes toward pot use slowly changing statewide," as the San Francisco Chronicle wrote in coverage of the race, right?

Or maybe founder Jim McAlpine just sees dollar signs — after all, we're living in a time of near-legalization and an abundance of lucrative exercise startups. That's fine, too.

But maybe there's something more political to the 420 Games, and the lofty claim from its website would suggest that McAlpine thinks there is. Is it a calculated effort to change the minds of affluent white people? Some might say that's an important demographic, seeing as it includes most of the lawmakers who have kept marijuana illegal for so many decades. But it's also the group that by and large doesn't feel the negative effects of prohibition, even among its marijuana-smoking ranks.

Perhaps appealling to them wins votes for legalization. And maybe that's a good thing for everyone, even people who aren't pot-smoking, loft-renting weekend warriors. Marijuana legalization is one step in many to end a misguided and virulently racist war on drugs that vastly favors white stoners.

At the same time, there's something sticky-icky about the 420 Games. Can you imagine a group of black pot smokers gathering in any U.S. city, even weed-loving SF, toking up and just going for a jog, free from police scrutiny?

And if the 420 Games is committed to ending stigmatization of responsible pot-smoking athletes, what is it doing for high school, college and professional sports players — many of them minorities — who turn to marijuana as an accessible and effective pain reliever, putting their careers at risk?

Getting high on a golf course may, eventually, in a roundabout way, be beneficial to the people of color who are locked up at much higher rates than White America. But in the meantime, it's like an expression of white privilege completely lacking self-awareness.

According to a Times-Standard report, staff for McGuire and Bonta are working on a short deadline to combine their bills, seeking to compromise on differences before submitting one or both of them to appropriations committees for approval by Aug. 26.

Wood is also seeking to adapt his bill so that it will work as companion legislation to whatever McGuire and Bonta can agree on.

Check the Journal's website for more on this story as it develops through the week.